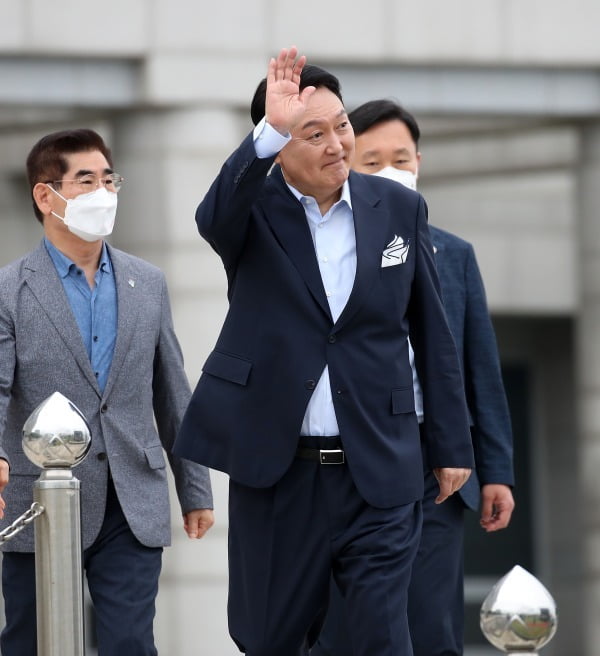 On the afternoon of the 19th, President Yoon Seok-yeol invited local residents, children, and small business owners to the lawn in front of the government building ahead of moving into the main office of the Yongsan Presidential Office building in the beginning of next month. I am the new president.”

The event was held to commemorate the completion of the building remodeling project.

In his welcome speech, President Yoon said, “I am very grateful for allowing me and the staff of the President’s Office to move into Yongsan, and for welcoming me with pleasure.” said.

Originally, President Yun’s wife, Kim Gun-hee, was also expected to attend the event, but Kim’s appearance was not found. She explained that the president’s office “she had to take care of herself, so she inevitably decided not to attend.”

Currently, President Yoon is working in the auxiliary office on the 5th floor of the Yongsang presidential office building, and is expected to move into the main office on the second floor early next month after attending the NATO summit.