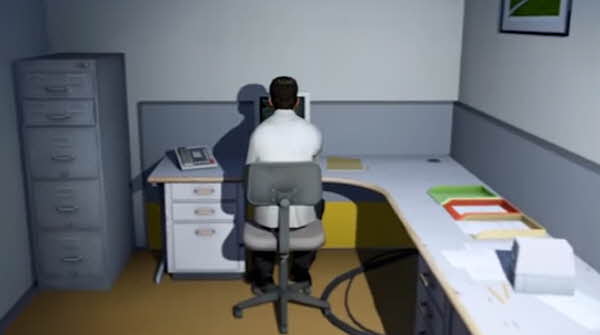 ※ [겜ㅊㅊ]is a corner that recommends games that gamers can enjoy based on a special theme every week.

Recently, there was a new strong player that emerged with unexpected favorable reviews. ‘Query’, which has been well received by combining storytelling with a horror game, is the main character. Quarry maximizes the urgency of the story by adding options to the story that perfectly blends the thrilling cutscenes and horror, making the user constantly imagining what will happen next and creating pressure.

These storytelling games are not physically demanding and can be deeply immersed in choosing and focusing all your attention. However, the sad thing is that once you know all the stories, you will not be able to enjoy the same experience as the first time. The real taste of these games is to wonder what’s next in the unexpected situation that follows, but once you become a ‘knowing brain’, you can’t go back to knowing sometimes. so this week [겜ㅊㅊ]Esau wants to start a new game if it doesn’t work, so we’d like to introduce some good ‘storytelling’ games to choose from.

‘Heavy Rain’ is a ‘psychological thriller’ centered game released in 2010, and as the title suggests, it pours wet rain throughout the game. Set in Philadelphia, USA, where heavy rains are pouring in, you control four people who are pursuing a serial killer ‘Origami Killer’ to find the secrets hidden in the game. They each have their own purpose, and seeing the events from their own point of view gives them a more multifaceted approach to a single story.

The strengths of Heavy Rain are the story that unfolds through several characters, the gloomy background that highlights the story, and the OST. The directing is also excellent, and even if an event that occurs during the game fails, it naturally shows a ‘failed cutscene’ without a failure message, so it does not interrupt the flow. As it has been some time since it was released, you may feel a bit disappointed in the handling and graphics, but it is called a flawless masterpiece only in the storytelling method.

The reason I cut off the description of the game here is that Stanley Parable is ‘the more you don’t know, the more fun’. It received overwhelming acclaim for its storytelling that only games can do, which cannot be shown in movies or dramas. Korean gamers were saddened by the lack of a Korean translation immediately after launch, but on the 3rd, ‘Team Temporary’ distributed a Korean patch, allowing you to see games with Korean translation applied to in-game text as well as in-game textures. This is the perfect game for those who want a thicker game with a shorter play time compared to other story-driven games.

Until Dawn, which you can enjoy on PS4, is a storytelling game developed in 2015 by the maker of the aforementioned ‘Query’. When their vacation plans go awry in a remote mountain, the situation escalates when eight friends who are isolated feel that there is someone else on the mountain besides them. As the player progresses through the game, he or she can choose to either save everyone or kill them.

However, it is recommended to proceed with extreme caution in this choice. That’s because of the automatic save system. The choices made during the game can never be undone, and the only way to undo these choices is to start each episode anew. It acts as a device to make the player tense, not just the character in the game. It might be the game you need for those who want the suspense and eerie horror of ‘irreversible’ choices.

Disco Elysium is a game that revolves around a murder case in a city called ‘Lebashol’ and ‘a detective who has lost his memory’. Players take on the role of this memory-lost detective, walking through a bleak city, meeting a lot of people, and using a variety of skills and options to get closer to the truth as they progress through the game. Along the way, players will discover why the detective has lost his memory or something secretive about the city. You can solidify yourself as a detective, or you can go in a completely different direction.

Unlike the games described above, this game is a bit rough and sharp, with textual directing rather than visual aesthetics directing. It is also a game with slightly clear likes and dislikes due to the directing of an inner depiction that is completely different from the video or flow of previous games. It is said that the production company ‘Jaum’ used about 970,000 words for this textual direction. Fallout 4 used about 980,000 words, which means it has a lot of volume. In addition, the description of the same event varies depending on the skills and options you have, so this game is especially recommended for those who want a ‘rich story’.

The medical drama “Everything About Dr. Tang” launched Qin Lan as a cardiac surgeon showing the benevolence of doctors – qianlong.com.cn
Posted onJune 27, 2022June 27, 2022