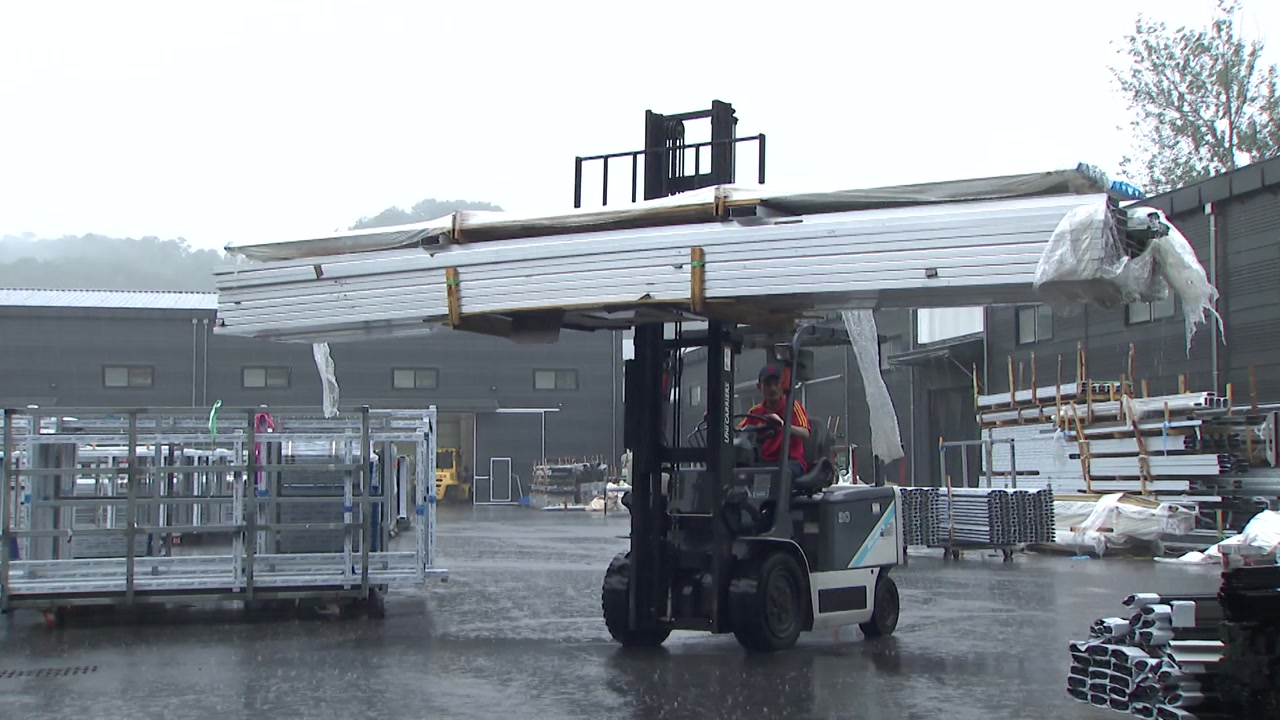 As the won-dollar exchange rate broke through the 1,300 won level that reached the level of the economic crisis, importers are suffering from deterioration in profitability.

In particular, small and medium-sized enterprises (SMEs) complained of management difficulties as raw material prices soared due to the Ukraine crisis and the exchange rate rose.

An aluminum window manufacturer in the metropolitan area.

Employees are busy with their work, but their hearts are heavy due to the recent sharp rise in the exchange rate.

Due to the prolonged war in Ukraine, raw material prices soared and the value of the dollar, the settlement currency, also rose, causing a double hardship.

Large corporations are also groaning at the high exchange rate.

The downtown duty-free shop expected an increase in customers due to the recovery of daily life, but took a hard time as customers who paid in dollars became sensitive to the exchange rate.

In particular, unlike large companies that have prepared countermeasures such as exchange rate loss insurance, SMEs are inevitably vulnerable to high exchange rates.

As a result of the survey by the Korea Federation of Small and Medium Businesses, 3 out of 10 small and medium-sized enterprises were found to have suffered damage due to the high exchange rate.

By type, cost increase due to raw material price hike was the largest at 78%, followed by logistics cost and customer’s request below unit price.

Among the industries affected, the proportion of chemical products was the highest at 44.7%, and steel, metal, and plastic rubber and leather products accounted for 4 out of 10.

Small and medium-sized enterprises (SMEs) are raising their voices demanding the formal introduction of a delivery unit price indexing system that raises the delivery unit price by reflecting the reality of the rise in international raw material prices and the sharp rise in the exchange rate.

This is YTN Lee Seung-yoon.