On the afternoon of the 29th, Prosecutor General Yoon Seok-yeol decided to visit Daejeon High Prosecutors and District Prosecutors’ Office to hold a meeting with front-line prosecutors. Inside and outside the prosecution, there are observations that Justice Minister Choo Mi-ae’s pressure on President Yoon will become stronger in the future.

Multiple prosecution officials said that the Ministry of Justice obtained data related to the prosecution at the Seoul Central District Prosecutor’s Office the day before. This data is said to be a record of the process and results of the Seoul Central District Prosecutor’s Office’s innocent disposition of the Korea Broadcasting Agency’s request for an investigation of an Optimus-related case in 2019.

Democratic Party lawmaker Park Beom-gye argued for an insolvency investigation, saying that the case was not accused of the case when Yoon was the Seoul Central District Prosecutor’s Office in a state affairs audit of the National Assembly Legislative Judicial Committee. Afterwards, Kim Yoo-cheol, head of the Wonju branch of the Chuncheon District Prosecutor’s Office, who was in charge of the case, explained the process in detail through a four-page A4 page on the prosecution’s internal network. However, in the late afternoon of the 27th, Chu ordered an inspection on the process of handling the case. The targets were to reduce the investigation and look after, lobby for leading personnel, and report to President Yoon.

Multiple prosecution officials said that the Ministry of Justice has also obtained data on the alleged attempts to force Channel A from the Seoul Central District Prosecutors’ Office. In June, Minister Chu transferred prosecutor Han Dong-hoon, who was involved in the suspicion, from the deputy chief of the Busan High Prosecutors’ Office to the Legal Training Institute, and ordered direct inspection by the Ministry of Justice. It is because it is a’social attention-intensive surveillance case’. Prosecutor Han was also on board of the investigation, but only two former reporters were handed over to the trial so far.

In this regard, the Ministry of Justice said, “It is difficult to confirm the specific progress related to the prosecution.” 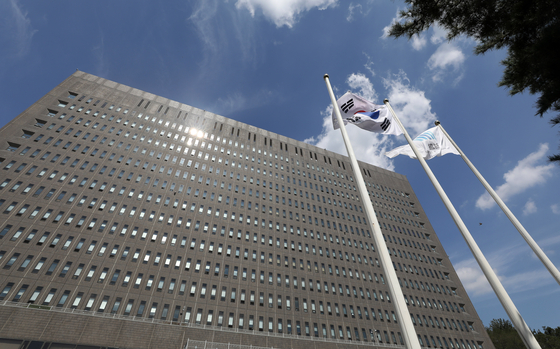 The prosecution flag flutters in the wind in front of the Seoul Central District Prosecutors’ Office in Seocho-gu, Seoul. [뉴스1]

Having an external schedule… “The pressure will intensify”

President Yoon will set out on an official external schedule on the day after eight months after his visit to Busan and Gwangju in February. Inside and outside the prosecution, there are observations that Minister Chu, who took issue with President Yoon’s remarks during the state affairs audit, will put more pressure through full-scale inspections.

A prosecutor in charge of the province said, “The pressure on President Yun will be intensified by the fact that Minister Chu will conduct inspections on Optimus and Channel A in earnest.” “There is room for judgment as to whether or not several inspection issues are legitimate.” Said. Another prosecutor’s executive also pointed out that “in addition to the prosecution, we will continue the offensive against Yun in various ways.”

Some commented on the possibility of exclusion of the president’s command of the Optimus suspicion investigation currently underway at the Seoul Central District Prosecutors’ Office. Furthermore, the’dismissal suggestion’ card is also being discussed in the passport. Minister Chu replied, “A matter to be decided after referring to the opinions of judiciary committees or other political circles, depending on the results of the inspection,” when asked about the proposal for dismissal of President Yoon during the audit.

Women were enslaved and shown atrocities that were frightening to hear; Cult leader sentenced to 120 years in prison

Birth of the first female infantry commander… The...

Suspension of the correct answer for the SAT...

Detained “Jae Kang”, a brutal employer, along with...

Hong Joon-pyo “No worries about candidates for...