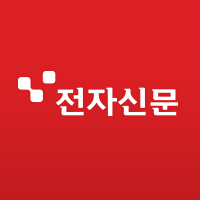 There is a saying that ‘one hundred words are unheard of’. It means that no matter how many times you hear detailed explanations from others, you cannot actually see them once with your own eyes. This statement emphasizes the importance of direct experience and evidence rather than indirect information. It suggests how deeply we depend on the visual information we see with our eyes when we receive new information and concepts in our heads.

Black hole is one of the objects that can realize the saying in science that 100 words are undisputed. Black holes are often mentioned in everyday life beyond the scientific community to the extent that even young children are familiar with them. However, the images of black holes as we know them before were only imaginary. It is only very recently that we actually began to see first-hand black holes in distant space.

In order to see black holes directly, various black hole theories and observational studies have been silently conducted for over a century. A year after Einstein announced his general theory of relativity to the world in 1915, German physicist Karl Schwarzschild published the results of predicting the existence of black holes. In 1967, 50 years later, the name of a black hole became widely known to the public after an American theoretical physicist John Archibald Wheeler gave a lecture on black holes. Also, in 1967, a technique called ultra-long baseline radio interferometer, which reconstructs an image by mathematically combining the electronic signals detected by various radio telescopes on the earth, was demonstrated.

After that, it took another 50 years or more for observation technology to see black hole images. It was only in the late 2010s that radio telescopes with high enough performance to acquire black hole images were built around the world and the technology to precisely process large amounts of data matured. Thanks to these developments, in 2019 and 2022, the Event Horizon Telescope (EHT) International Joint Research Group, which I participate in, succeeded in acquiring images of M87 and the central black hole of our galaxy for the first time in mankind.

When they saw the black hole in person, the public responded enthusiastically. For example, in 2020, the Museum of Modern Art (MoMA) in New York informed the EHT Joint Research Group that it would like to include pictures of the M87 black hole in the museum’s permanent collection. Afterwards, when I actually searched the collection list on the MoMA website, I remember being moved to see a photo of the M87 black hole appearing along with other black hole-themed artworks.

After the recent remarkable discoveries, astronomical observation technologies and equipment continue to advance. Aiming to get more direct images of black holes by 2030, astronomers are now installing more high-performance radio telescopes around the world.

South Korea is also constructing a new radio telescope with a diameter of more than 20m in Pyeongchang, Gangwon-do, by expanding the Korea Astronomy and Space Science Institute’s existing Korea Space Radio Observation Network (KVN). The telescope plans to participate in the Event Horizon Telescope network in earnest from around 2024. Furthermore, the creation of various space radio telescopes to make the virtual interferometer larger than the Earth is also under discussion in each country. If all of these devices are completed, it is expected that the spatial resolution will be increased 10 times more than the current one, and it will be possible to directly image hundreds of black holes and perform demographic-level research on them.

Read Also  Confirmed that the Xiaomi 11T Pro will support charging power, charging up to 120W.

As long as the scientific community and public interest in black holes continues, astronomers will continue to study for more black hole imaging.

It’s finally over! The Royal Academy has resolved to write the transliteration to use “Turkey” or “Turkia” as appropriate.
Posted onJune 30, 2022June 30, 2022