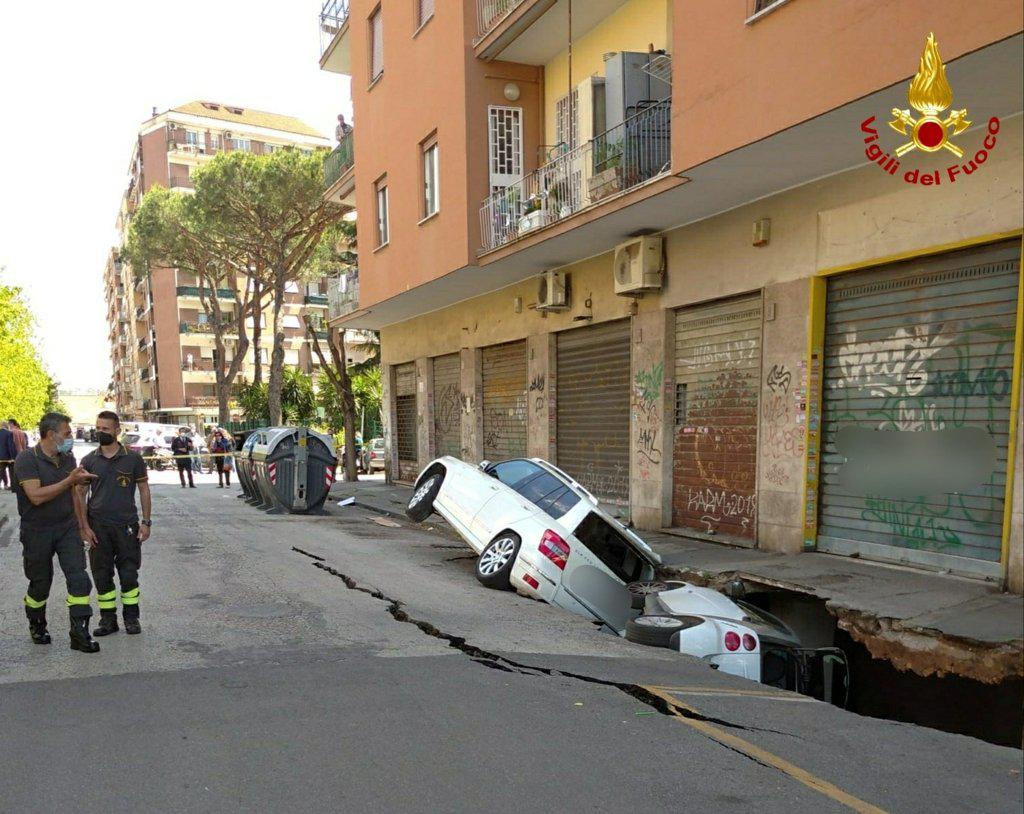 In Rome, Italy, a so-called’sink hole’, a road suddenly shutting down, has also occurred, increasing the feelings of anxiety among residents.

According to local media such as’Il Pato Quartidiano’, on the 25th, at 11:30 am (local time), a residential street in Torpinatara, a little east of the center of Rome, suddenly cracked and sank.

At the site, a large puddle with a depth of 6 meters and a length of 12 meters was created.

Fortunately, there was no human injury, but the underground parking lot of a nearby building was damaged. In addition, two Mercedes SUVs and smart cars parked in the road were plunged into the ground and damaged. 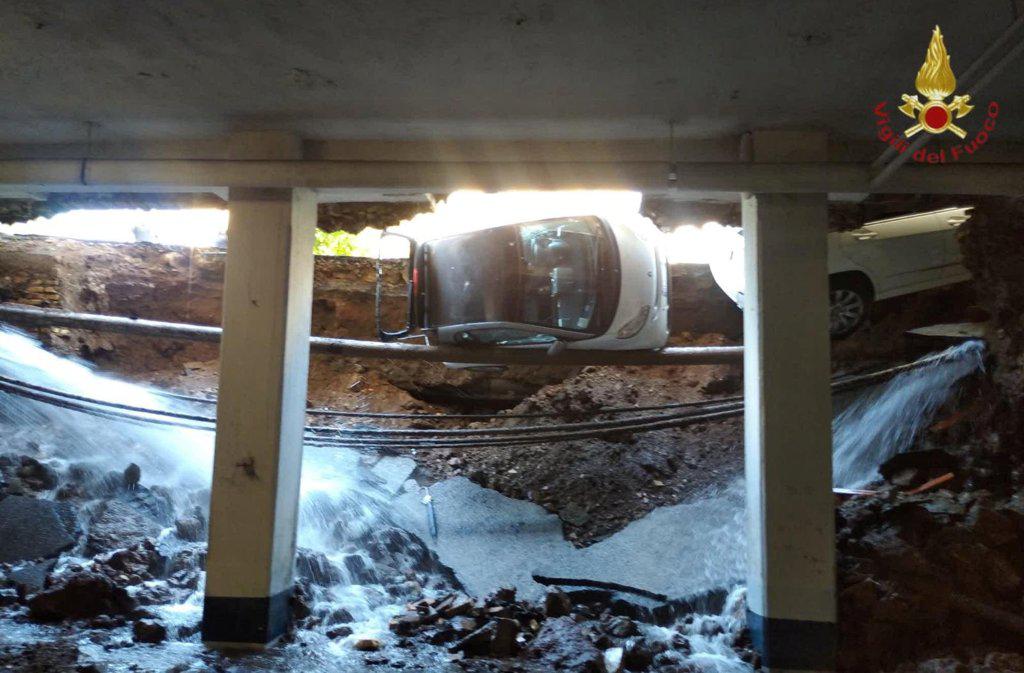 In Rome, even in 2018, a 15m deep sinkhole was created and 7 cars were swallowed at once. At the time, a warning of the danger of collapse of a building near the sinkhole was issued, causing a commotion such as emergency evacuation of residents.

Rome, also known as the’city of eternity’, coexisting with traces of ancient, medieval and modern times, is actually Europe’s most serious city with sinkhole problems.

According to the British daily The Times, the number of sinkholes occurring per year in Rome is an average of over 100, outperforming other cities in Europe. About 20 cases have already been reported in January-February this year. 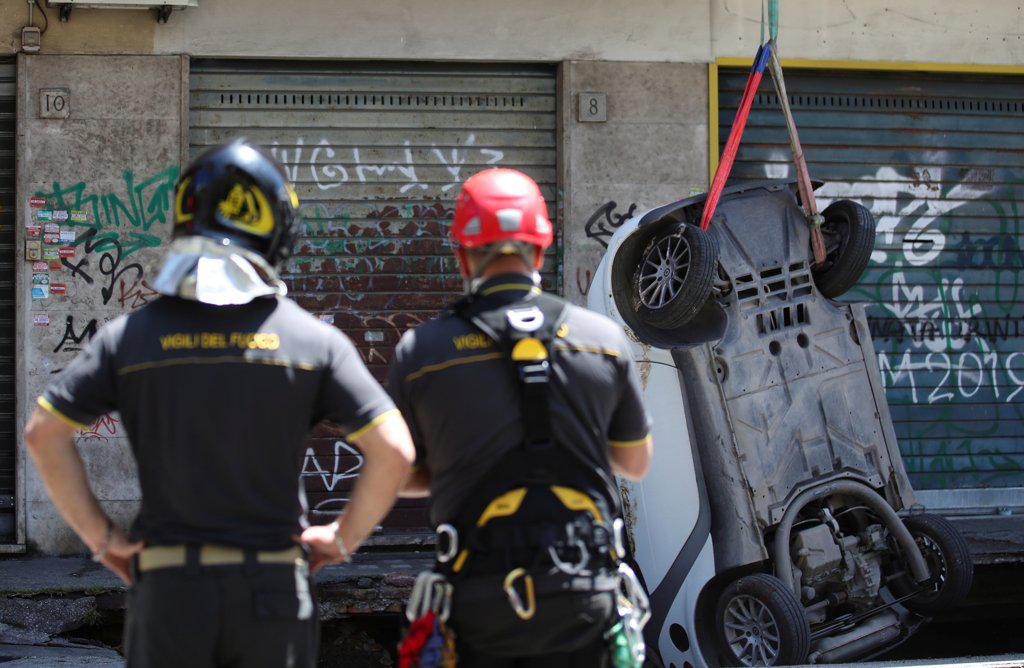 Experts argue that the frequent occurrence of sinkholes in Rome is also a kind of’heritage’.

It is pointed out that one of the reasons is the reckless digging in the ground for the purpose of digging high-quality limestone to be used as a building material in the ancient and medieval period. At the time, architects are said to dig deeper to find harder limestone.

For this reason, there are an estimated hundreds of tunnels underground in Rome, most of which are known to be more than 8m deep. Tunnels are intertwined like a maze, some of which are several kilometers long. 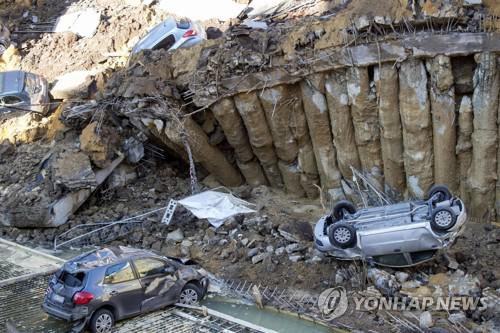 However, it is generally pointed out that the poor road management system of the Roman authorities has also played a part in this phenomenon in the last decade. The weakening of the ground is accelerating due to the habitual leakage of the old drain pipe. The fact that it rains more frequently than in the past due to climate change is also mentioned for one reason.

First of all, in order to prevent a further catastrophe, it seems that it is necessary to quickly understand the situation through a thorough investigation and prepare preventive measures accordingly. Citizens’ complaints about “I can’t go on the streets because I’m anxious” will not be too good to the city authorities. 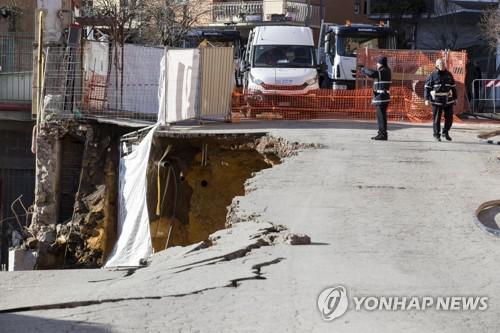 Go all the way and stop at the coin! Nong May announces the preparation for the 3rd Olympics

NASA chief reiterates that we are not alone...

Zhong Yuan: The source of the epidemic in...

US re-ignites debate over ‘wearing a mask’ amid...

1 million Americans are now vaccinated with...

The Prime Minister of Thailand announces the...