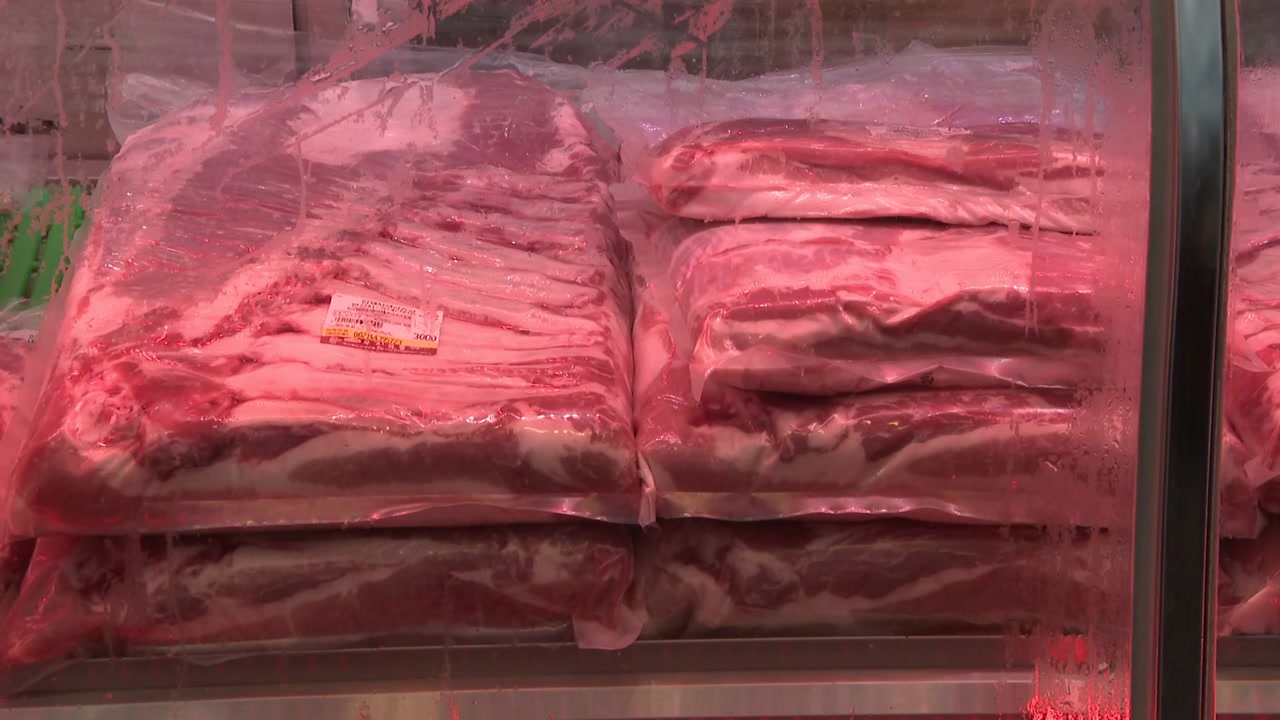 3,000 won for 100g of raw Korean pork belly… up over 20%
Other items, such as ribs, are also priced higher than a few months ago.
Average price of pork belly in June, 18% higher than last year’s average
Government to lower tariffs on pork imports in the second half of the year

Let’s go to the butcher shop this time.

Reporter Cheol-hee Kim, did the price of meat actually go up?

Other items next door have also increased in price, some have nearly doubled compared to a few months ago.

Merchants complained that as prices went up, sales also declined.

In fact, according to data from the Livestock Products Quality Assessment Service, the price of pork belly in June rose by 18% compared to last year’s average.

It was about two months ago that merchants here started to feel the price increase firsthand.

As you have heard earlier, the price of feed has risen a lot due to the war and other factors, and it is analyzed that African swine fever, which broke out in Gangwon, also had an effect on the price increase.

As prices continue to rise, the government is taking measures.

It was decided to apply quota tariffs on 50,000 tons of imported pork in the second half of the year.

Quota duty is a system that lowers customs duties for a certain period of time.

In addition, we are conducting an all-out war for price stability, such as checking the economic situation every week and deciding to come up with measures to stabilize prices.

Until now, this is YTN Kim Cheol-hee at the livestock market in Majang-dong, Seoul.