[속보]Choo Kyung-ho “Expansion of tax deduction for monthly rent and 15% of deposit, income deduction for deposit loan repayment from 3 million to 4 million” 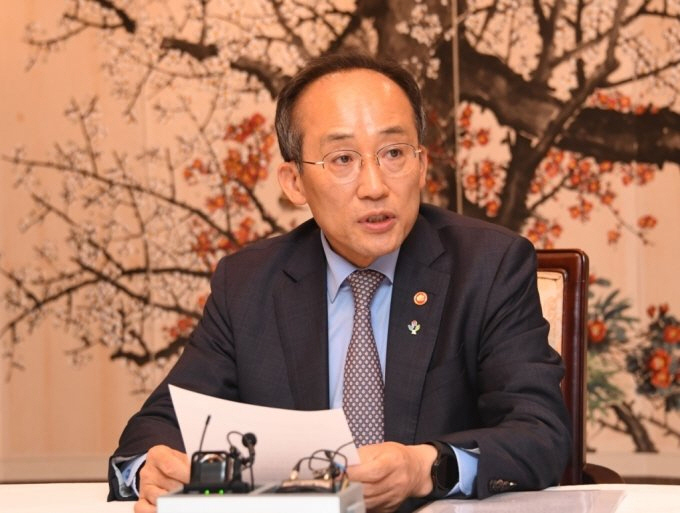 Choo Kyung-ho, Deputy Prime Minister and Minister of Strategy and Finance, said, “To completely exempt the two-year residence requirement from transfer tax for win-win rentals, and to alleviate the burden on tenants, the tax deduction rate for jeon and monthly rent will be increased from 3 million won to 4 million won.” said.

Deputy Prime Minister Chu said at the first real estate-related ministerial meeting held at the government complex in Seoul on the 21st, saying, “We will preemptively respond to factors in the rental market in the second half of the year through taxation, financial support, and supply expansion.”

Deputy Prime Minister Chu said, “We will strengthen support for tenants whose contract renewals have expired. We will induce contract renewal by exempting them.” He also said, “For low-income tenants whose renewal contract is expiring, we will expand support for the deposit and loan limit of the supporting jeonse loan in consideration of the increase in the price of jeonse over the past four years.”

In order to induce an increase in the supply of rental properties, deregulation on rental companies and construction companies will also be eased.

Deputy Prime Minister Choo said, “In the case of mortgage loans in regulated areas, we will ease the deadline for disposing of existing houses from six months to two years and abolish the obligation to move into new houses to prevent eviction of existing tenants in the housing purchase process and encourage the expansion of rental properties.” “We will expand the supply of cheonsei for new apartments by changing the requirement for real occupancy under the pre-sale price cap system to the period of real residence before the transfer, inheritance, or gift of the house, rather than from the date when the existing first occupancy is possible.”

Read Also  The US Fed is chasing... "The Bank of Korea's base rate could go up to 2% this year"

Tax support will also be provided to promote the supply of private construction rentals.

Deputy Prime Minister Choo said, “In consideration of the factors that have raised housing prices, the housing price requirement for exempting the corporate tax upon transfer of rental housing has been eased from KRW 600 million to KRW 900 million to promote the supply of rental housing in Seoul and the metropolitan area and construction rental housing that has been leased for more than 10 years. The deadline for special deduction for long-term holdings of transfer tax will be extended from the end of this year to the end of 2024.”

In the third quarter, along with measures to stabilize the rental market, the real estate market normalization task to stabilize housing for the common people is also promoted.

Deputy Prime Minister Chu said, “In the case of acquisition tax to reduce excessive real estate tax burden, the beneficiary will be greatly expanded by allowing anyone to be exempted up to 2 million won without any income or price restrictions when purchasing a house for the first time in their life, and the property tax will be fundamentally reorganized including adjustment of the tax rate. The plan will be finalized by July and reflected in the tax law amendment bill.”

In addition, he said, “In order to alleviate the burden of end-users of housing finance, we will introduce a progressive repayment method to the 40-year Bogeumjari loan.