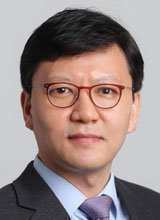 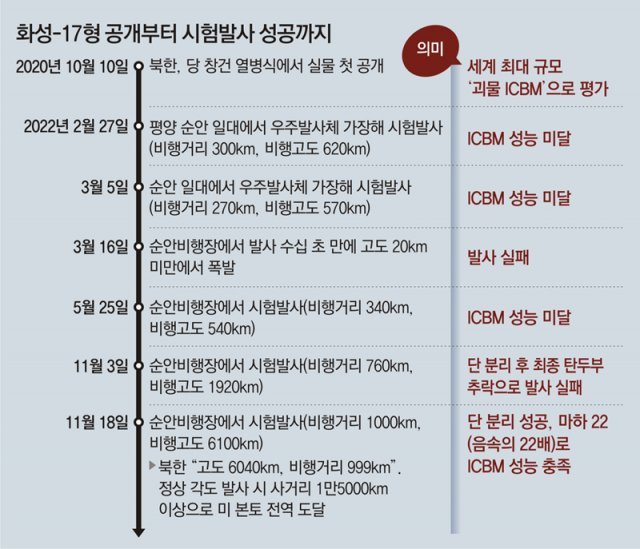 When the Hwasong-17 type multi-warhead ICBM was unveiled at the military parade in October 2020, some argued that it was a ‘fake’. It was the largest scale ever seen before, and even if North Korea produced it, it was doubtful that it would actually be possible to launch it. Some experts pointed out that it is North Korea’s unique “bluffing” deception technique. However, after two years and a month, the Hwasong-17 model was able to test its impressive power against the entire US mainland while Chairman Kim Jong-un’s family watched. The Hwasong-17, launched at a high angle from Sunan Airport in Pyongyang, flew at a maximum of Mach 22 (22 times the speed of sound) after separating the first and second stages of the drive, and then the overall flight performance, including impact fixed the final warhead, meet South Korea’s ICBM standard and the US authorities are looking at it. A military official said, “If you shoot at a normal angle (35 to 45 degrees), it can fly up to 15,000 km and reach all over the United States, including Florida.” 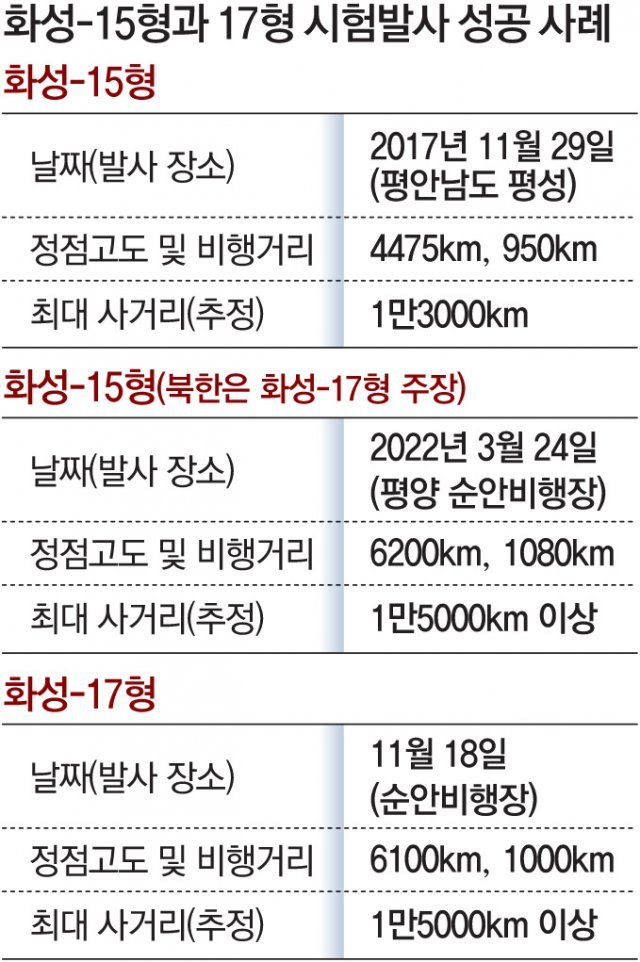 North Korea’s ICBM technology, which began with the launch of the Hwasong-14/15 in 2017, is evaluated to have peaked with the Hwasong-17. In particular, the successful launch of the ‘Monster ICBM’ after 6 attempts for 9 months up to November 18 after the first test launch disguised as a space launch vehicle in February this year proves that North Korea’s ICBM technology is at a level that much higher. the expectations of South Korea and the United States There is an analysis that a military source said, “We pay attention to the fact that the missile was successfully relaunched 15 days after the unsuccessful launch due to the accident of the warhead last on November 3.”

It is likely that Kim Jong-un could have activated multiple development teams to produce several Hwasong-17 and tried intensively to launch a test with the goal of a successful launch before the 5th anniversary of the declaration of the completion of nuclear power ( November 29). North Korea’s success of the Hwasong-17 was “speculative,” and it promoted the military personnel who contributed to the development and launch on a large scale, and even gave the title of hero to the mobile launch vehicle (TEL) , which shows off. complete the final nuclear weapon aimed at the United States resolved in part

In September 2017, North Korea released a photo of Kim Jong-un inspecting a janggu-shaped nuclear warhead, saying it had successfully tested a “hydrogen bomb mounted on an ICBM” during its sixth nuclear test. Estimated to be 70 cm in diameter and 1 m long, the nuclear warhead was small enough to be fitted to the Hwasong-14 and 15 models. As North Korea claims, if it has the power of a hydrogen bomb, it can destroy most cities with one shot.

Until now, the military and intelligence authorities have carried out an official assessment that North Korea’s miniaturization of nuclear weapons is “significant”. However, internally, weight is given to the possibility that it is in the completion stage or has already achieved nuclear miniaturization. A government official said, “Since it has largely accumulated nuclear technology for nearly 30 years and conducted six nuclear tests, it is very likely that it has developed a variety of small nuclear weapons.”

A light nuclear warhead with a diameter of 60 cm and a weight of less than 500 kg, weighing about 10 kt (kiloton, 1 kt is the explosive power of 1000 tons of TNT), can be mounted on short-range ballistic missiles (SRBMs). ) such as the North Korean version of the Iskander (KN-23), a weapon that hits South Korea. It is estimated that the Hwasong-17 can place up to three rounds.

Some point out that the performance of the Hwasong-17 is exaggerated. North Korea has not been able to verify the most important re-entry technology in the ICBM development process. Jang Yeong-geun, a professor at the Korea Aerospace University, said, “North Korea has fired every ICBM at high angles so far.” The ICBM’s re-entry vehicle must withstand high temperatures of over 7,000 degrees Celsius and tremendous shock as it re-enters the atmosphere at 7 or 8 kilometers per second (more than 20 times the speed of sound) after rising to an altitude of more than 1,000 km. Ablation technology that uniformly scrapes the surface of a re-entry vehicle containing a nuclear warhead in an extreme environment is also required, but is difficult to demonstrate with a high-angle launch.

North Korea claimed to have achieved re-entry technology by applying high heat to the warhead with a rocket engine in 2016 under Kim Jong-un’s observation or by launching the Hwasong-14 at a high angle in 2017, but the most obvious analysis is that is hard to believe. A government source said, “Re-entry technology is the most difficult area for ICBMs, and it is much more difficult than the miniaturization of nuclear weapons.”

A military source predicted, “Re-entry technologies and multiple warheads are the red line (no-go line) for North Korea’s completion of ICBMs targeting the US mainland,” and predicted, “North Korea will focus on additional ICBM provocations to demonstrate both technologies in the future.”

Some observers say that North Korea is also focusing its efforts on achieving the power of an EMP attack using ICBMs targeting the United States. The EMP emitted during a nuclear explosion can burn out the internal circuits of all electronic communication devices and related equipment, rendering them irreparable. Experts predict that if one extremely powerful EMP bomb is detonated at an altitude of 400 km from the US mainland, the entire area will suffer massive damage.

This means that even if North Korea does not have re-entry technology, it can inflict damage equivalent to a nuclear attack on the United States. “North Korea’s announcement that the test launch of the Hwasong-17 on November 3 was intended to paralyze the enemy’s operational command system also suggests a nuclear EMP attack with an ICBM,” a military official said.

In fact, Kim Jong-un visited a nuclear weapons research institute in 2017 and threatened that it could be detonated from a high altitude for a ‘strategic purpose’ to launch an extremely powerful EMP attack over a wide area. The United States also takes North Korea’s threat of an EMP attack very seriously. In 2019, the Donald Trump administration ordered defense measures for national infrastructure against enemy EMP attacks, and in March last year, the US Air Force also initiated complementary measures against EMP attacks. An official from a military research institute said, “In North Korea, ICBMs are the last weapon to prevent the United States from expanding deterrence against North Korea and intervening in the Korean Peninsula in case of a crisis.” he said.