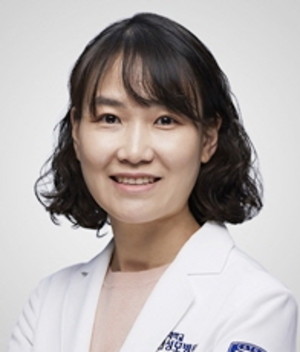 From now on, at the beginning of summer, there are diseases to be especially careful about. it is shingles Shingles is most common between June and September, when the temperature rises. This is because the immune system is weakened due to the decrease in physical strength due to the heat and the accumulation of stress.

When you think of shingles, you think of excruciating pain. The intensity of the pain varies from person to person, but most complain that even a slight rub on the skin causes a surprising amount of pain. In addition, there are cases of allodynia, which is painful with a very small stimulus, and there are cases of excruciating sudden pain, which is expressed as being unable to do anything for the duration of the pain.

Here, even after ‘herpes zoster’ treatment, the pain may persist, and the scariest thing at this time is the complication called ‘postherpetic neuralgia’. Chronic pain that occurs after treatment for herpes zoster, which refers to a case where the pain remains even after 1 month has passed since the rash on the skin occurred. The incidence increases with age, and if it persists for a long time, treatment with nerves or nerve amputation may be considered.

20-50% of shingles patients over the age of 60 will experience postherpetic neuralgia after 6 months, and over 50% of those over 70 years of age. The risk is particularly high in diabetic patients, immunocompromised patients, and women.

◇ Herpes zoster, chickenpox virus is the main cause… Reactivation when immunity is weakened = Herpes zoster means ‘a band-shaped rash’. The varicella zoster virus (VZV) does not completely disappear in a person who has had chickenpox or has been vaccinated against chickenpox in the past, but moves to the sensory ganglia and remains in an inactivated (latent) state. It occurs when the immune system is weakened and the virus is reactivated again.

The incidence increases with the elderly, mainly with weakened immunity. In addition, the incidence rate is high in women, especially in postmenopausal women, which is presumed to be hormonal. People with chronic diseases such as diabetes, patients with weakened immunity due to malnutrition, and people infected with human immunodeficiency virus (HIV) are also at risk. Organ transplant patients also need to be careful. This is because immunosuppressants are taken after transplantation. Patients receiving chemotherapy, such as stomach cancer, lung cancer, and blood cancer, should also be careful.

The typical symptoms of herpes zoster are ‘vesicles’ and ‘pain’. At first, he complains of body aches, muscle pain, fatigue, etc., and then the pain appears as if a band of pain is wrapped around the nerves, and then there are cases where blisters appear. In particular, the area where the blisters occur most is the thoracic ganglion area, that is, the chest or trunk area. Blisters may also appear on the facial area, such as the forehead and scalp, above the eyebrows.

The most important thing in the treatment of herpes zoster is the administration of antiviral drugs. It is most important to administer within 72 hours or 3 days after the onset of the skin rash. This is because the sooner it is treated, the lower the risk of complications such as neuralgia. Antiviral treatment relieves skin lesions and inflammation. The skin rash resolves within 2-3 weeks, and the pain resolves within 1 to 3 months.

◇Chronic pain after herpes zoster Caution for high-risk groups such as the elderly The pain persists from 30 days to 6 months after the skin rash has disappeared. In particular, postherpetic neuralgia seriously reduces the quality of life of patients, which can lead to physical problems such as insomnia, anorexia, and chronic fatigue, as well as mental problems such as depression and poor concentration.

The most important risk factor for postherpetic neuralgia is age (old age). In addition, ▲involving the eyes ▲ophthalmic herpes zoster ▲If the pain persists for a long time before the skin lesion ▲Women ▲If the symptoms of acute shingles such as pain, skin rash, scarring, or loss of sensation are severe.

If the most important thing in the treatment of herpes zoster is to quickly administer antiviral drugs to prevent the spread of varicella virus activation, postherpetic neuralgia aims to treat nerves that have already been damaged by the activated virus.

Treatment of postherpetic neuralgia depends on the patient’s pain site and symptoms. For drug treatment, anticonvulsants, antidepressants, analgesics, and patches applied with local anesthetics are used. The surgical treatment includes nerve block to treat damaged nerves and sympathetic block when the damaged nerve activates the sympathetic nervous system to increase pain. It is also implemented