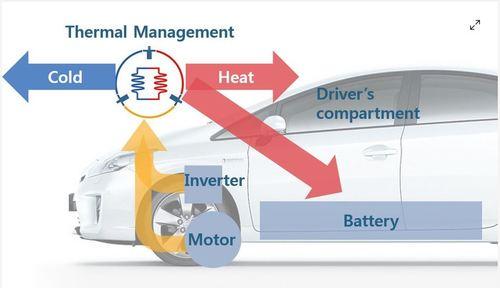 According to a study by the American Automobile Association, turning on the air conditioner in summer shortened the driving range of electric vehicles by 17% and turning on the heater in winter by 40%. As the electric vehicle market expands, the integrated thermal management system market for efficient vehicle cooling and heating and temperature management of power parts is also growing significantly.

According to Maximize Market Research published in June of last year, the electric vehicle integrated thermal management system market is expected to reach $4.3 billion in ’27, a growth of 269% compared to ’21, and on the 14th, electric vehicle was named ‘Inventor of the Year’ on the 14th. Kim Jae-yeon, a research fellow at Hyundai Motor Company, who contributed to the strengthening of national technological competitiveness in the electric vehicle field by achieving the world’s highest mileage by improving battery cooling technology, is supporting the growth of the thermal management system market.

Over the past five years (’16-20), the number of applications in Korea, the US, Europe, and China has increased compared to the past, but Japan’s has decreased from 451 to 411. This is analyzed as a phenomenon that Japan has developed mainly for hybrid vehicles.

In the multiple applications ranking, Toyota took the first place with 678 cases, Hyundai Motor took second place with 609 cases, and LG took third place with 425 cases. It was followed by Honda (320) and Ford (254). It is analyzed that Hyundai Motor and LG stand out in the multi-application rankings in these major countries and actively engage in the development of integrated thermal management system technology.

The rapid increase in applications related to heating using waste heat is analyzed to overcome the shortage of heat sources for electric vehicles and to minimize the reduction in mileage caused by the operation of the air conditioner.

“In accordance with the rapid growth of the electric vehicle market, patent applications related to the integrated thermal management system are also showing a sharp increase,” said Hwang Gwang-seok, an examiner in the automobile examination division of the Korean Intellectual Property Office. It is expected that R&D for efficiency and securing intellectual property rights of Korean companies will become more important.”