Let’s go to Sydney two hours before us to celebrate the new year 2022.

Sydney, Australia is located in the Southern Hemisphere.

We are welcoming the new year two hours before us, and we are hearing the countdown of citizens together now.

You are looking at Sydney, Australia together.

With the harbor bridge and the night view behind it, there is a spectacular fireworks display and a wonderful spectacle.

What you see on the screen right now is the Opera House and Harbor Bridge, which are representative attractions in Sydney, Australia.

There is a fireworks show that lights up the sky so beautifully.

At this time, Sydney, Australia, is welcoming the new year 2022 two hours earlier than Korea.

I haven’t been able to show you before, but I see many citizens waiting for fireworks and countdown nearby.

They put on a mask and held up their cell phone to show that they were all enjoying themselves in order to capture a wonderful scene.

Due to the spread of Omicron, in fact, some countries around the world have canceled or reduced the 2022 New Year celebrations.

We are hosting the very famous New Year’s Fireworks display in Sydney, Australia, and we can’t see the citizens now, but we could see the citizens who came out to enjoy the festival on the screen we saw earlier.

However, the crowd is expected to be slightly smaller than in previous years.

It is the same as setting off fireworks and welcoming the new year with the colorful lights of the Harbor Bridge, but unlike last year, this time, citizens directly participate and wear masks and are together at the site, which is different.

What you see from the outside now is that both last year and this year are welcoming the new year in a splendid way.

New South Wales, where Sydney is located, has tightened regulations limiting public gatherings in Sydney to a maximum of 50 people to avoid possible super-spreads during New Year’s Eve celebrations.

Unlike the cancellation or reduction of New Year’s celebrations in countries around the world and in Korea due to the spread of Corona 19, especially Omicron, there is also exciting music coming out in Sydney, Australia.

It is a very colorful fireworks festival, and in a way, it can be seen as a big event and a splendid event to soothe the tired heart from Corona 19.

However, due to the global spread of COVID-19 and Omicron, it is best to follow personal quarantine rules for the health and safety of everyone at this time.

So far, we came to see the Sydney, Australia site for the New Year 2022 two hours earlier.

The AKG brand, the pinnacle of HARMAN International’s professional sound, introduces a new high-resolution dual-pattern microphone AKG ARA that will enhance the perfection of creator 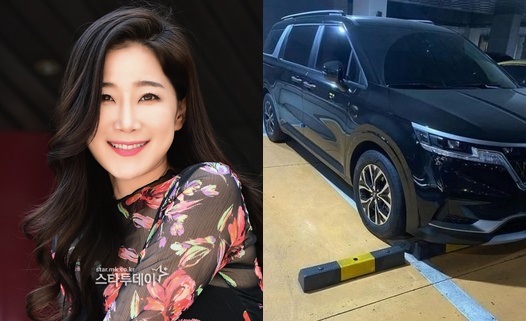 “It’s too much, I think of other residents too”… Ha-young Kim, angry at unmanned parking