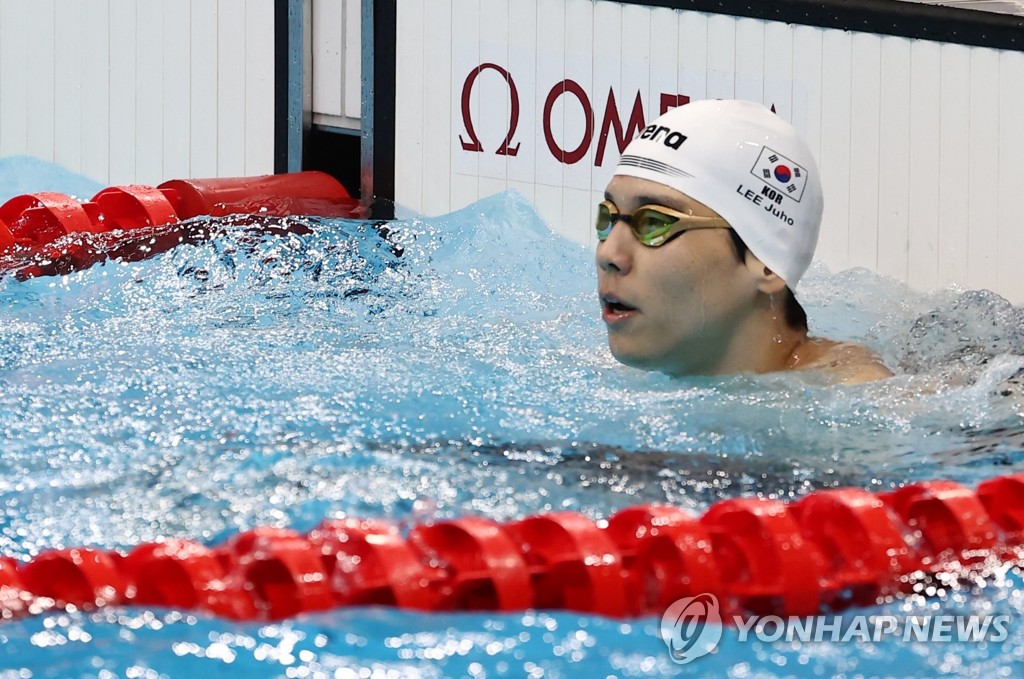 Suah Moon finished the race at 2:27.91 in the women’s 200m breaststroke preliminaries at the 2022 FINA World Championships held at Duna Arena in Budapest, Hungary on the 22nd, placing 15th out of 26 competitors.

With this, Moon Soo-ah succeeded in advancing to the semi-finals, where the top 16 players in the preliminaries competed.

Moon Soo-ah will be the first Korean female athlete to stand on the starting line of the breaststroke final at the World Championships if she is ranked in the top 8 in the semifinals to be held on the morning of the 23rd, Korean time.

Moon Soo-ah, born in November 2008, is the youngest not only in the Korean team but also in the management event of this tournament.

The Korean record for this event has not been broken for 13 years at 2:24.20, which was created by Seulgi Jeong at the 2009 Jeju Halla Cup National Championships when he was a member of the Busan Sports Association.

Moon Soo-ah, who was the first to participate in an international competition, participated in the 100m breaststroke in this competition, but did not reach the semifinals by placing 21st overall.

‘Korea’s strongest backstroke’ Lee Joo-ho (Army Athletic Corps) also finished the race in 1:57.89 in the 200m backstroke preliminary, placing ninth out of 31 people in the semifinals.

He did not reach the Korean record (1:56.77) he set in the qualifying round for the 2020 Tokyo Olympics last year, but he easily crossed the first hurdle.

Joo-ho Lee is also the first Korean male athlete to advance to the final in the backstroke event at the World Championships.

Joo-ho Lee advanced to the semifinals in the 100m backstroke in this event, but finished 15th.

Jo Seong-jae (Goyang City Hall), who competed in the men’s 200m breaststroke, took the touchpad at 2:10.69 and placed 11th out of 40 people, and also advanced to the semifinals.

Seong-jae Seong-jae made it to the semifinals in the 100m breaststroke in this event and placed 11th.

On the other hand, Yeon-kyung Heo (Bangsan High School) failed to pass the preliminaries, placing 23rd out of 63 people in the women’s 100m freestyle in 55.50.

The Korean record for this event is 54.83 seconds set by Kim Seo-young (Gyeongbuk Provincial Government), whose main event is individual medley, at the 2020 national selection competition.

In the women’s 800m relay, where four people swim 200m each in freestyle, Kim Seo-young – Jeong Hyeon-young (Geoje High) – Huh Yeon-kyung – Jo Hyeon-joo (Ulsan City Hall) formed a team in the order of 8 minutes and 13 seconds, finishing at the bottom of the 12 participating countries.

It was far from the Korean record (8:04.24) set by Yoo Ji-won, Park Su-jin, Choi Ji-won, and Kim Seo-young, who belonged to Gyeongbuk Provincial Office, who represented Gyeongbuk at the 2019 National Sports Festival.