MLB’s Houston Astros took advantage of the cohesiveness of the hitting line, which they have strengths, to bring their World Series record to the origin.

American League champion Houston defeated National League champion Atlanta Braves 7-2 in Game 2 of the World Series (4 out of 7) that ended at Minute Maid Park in Houston, Texas on the 28th (Korean time).

The two teams with a series record of 1 win and 1 loss will move their venue to Atlanta’s home, Truist Park, Atlanta, Georgia, where they will play games 3 and 5 starting on the 30th.

Furthermore, if you narrow down the range since 1993, the team that won the second leg from 1 win, 1 loss gave a toast only 4 out of 13 times. 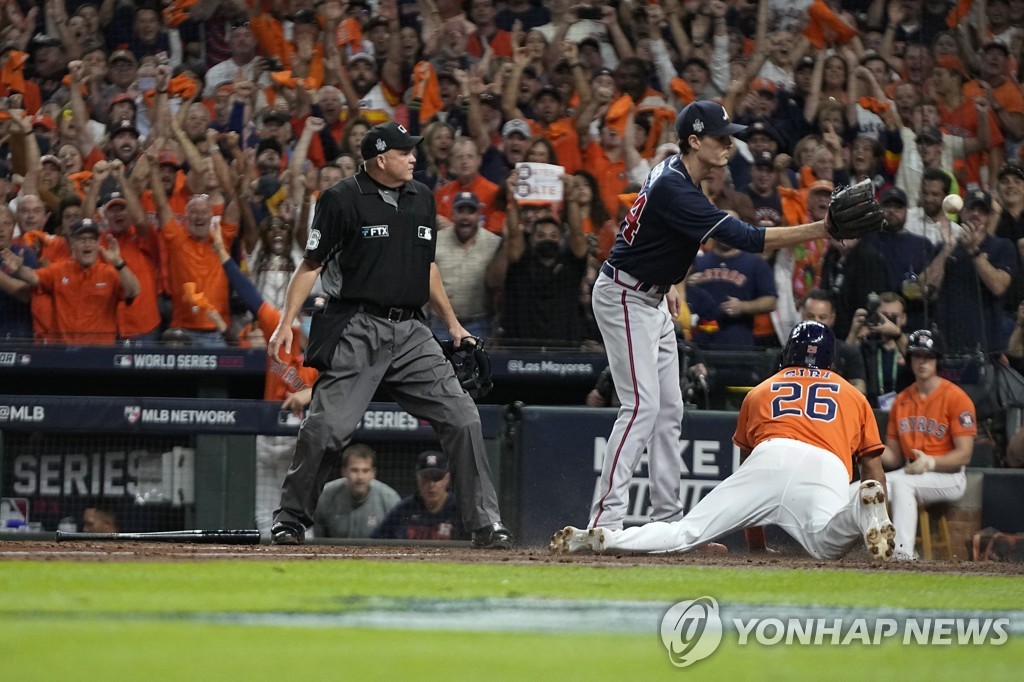 Houston batting line, which was evaluated higher than Atlanta in terms of firepower, exploded at the right time from the early chance.

Houston lost one point in the bottom of the first inning by tying up a left-handed double from leader Jose Altuve, Michael Brantley’s outfield fly and Alex Bregman’s sacrifice fly.

At first and second base, Martin Maldonado took advantage of Atlanta left fielder Eddie Rosario’s throwing error during a timely hit from the left.
Both runners hit home, widening the gap 4-1.

Maldonado, who went to third base in Atlanta pitcher Max Freed’s close pitch, scored the team’s fifth goal on a right-handed hit from Brantley in second.