Top Posts
His Majesty appoints 20 royal guards – 20...
“I envy you because the characters are so...
Column: Tracing a foreign country: High-speed train linking...
British media “Including Son Heung-min, 6 Tottenham players...
Go Eun-ah “I cry every day because I...
Samsung Galaxy S22 Ultra: Is it green?
[경제]Nam-ki Hong, “Just before the price of some...
The number of new confirmed cases is around...
[국제]Australia joins ‘diplomatic boycott’ of Beijing Winter Olympics
Osteoporosis diagnosis rate has increased, but treatment rate...
Home World 29 Afghan LGBTI people escape to Britain “Feeling like a human for the first time”
World

29 LGBTI people (LGBT+, lesbian, gay, bisexual, transgender, etc.) who have been threatened by the Taliban’s rule have fled to London, England.

Afghan media and foreign media such as Haama News reported on the 30th that these LGBTI people arrived safely in London on the 29th.

This is the first time that LGBT people have fled to the UK since the Taliban re-taken power in Afghanistan on August 15.

British Foreign Minister Liz Truss said in a statement that “we will continue to do our best to help at-risk Afghans to leave the country”.

However, Truss did not specifically mention the legal status of LGBT people in the UK or the process of their escape.

“For the first time in my life, I feel like a human,” a gay man who arrived in London told the BBC.

He added that he was waiting to die after Kabul was overthrown by the Taliban.

Support for their settlement, etc., continues.

Sebastian Roka, CEO of Micro Rainbow, an LGBTQ refugee support group, said, “A shelter is being prepared for these Afghans.” 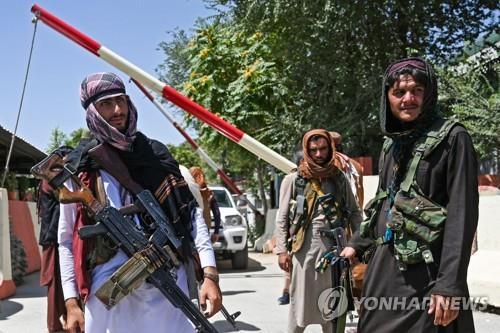 The Taliban, an Islamic Sunni fundamentalist group, strictly controlled society through Sharia (Islamic law) during the past period of power (1996-2001).

The Taliban cut off the thieves’ hands and severely restricted women’s going out, education and employment. In particular, it is known that sexual minorities were publicly stoned to death.

Although the Taliban showed a more accommodating attitude than in the past in various fields, including women’s rights, after re-establishing power, they are maintaining a strict stance on LGBTQ people.

“The rights of LGBT people will not be respected,” a Taliban spokesperson told Reuters on the same day.

In fact, in Afghanistan, it is known that the recent Taliban search for and intimidation of LGBTI people has continued.

Meanwhile, in Afghanistan for the past two months, a procession of evacuation of citizens fearing the Taliban’s ‘politics of terror’ has continued.

‘Western collaborators’ and foreigners who worked with the United States and international organizations flocked to Kabul International Airport immediately after the Taliban came to power, and chaos broke out at the airport and surrounding areas.

People trying to escape to foreign countries also flocked to border checkpoints, and it is known that some are secretly crossing the border and leaving Afghanistan.

“Zhong Vocational Live” Cosino debuts on the board and repeats 2.1 innings without losing the dragon 4:3 ape-Free Sports

Found it! A nun haunts a ghost while practicing dharma at Wat Pa Chaiprakarn. She finds she can’t get herself out of the orange garden.

“Chongqing Event Day” of the China Pavilion at...

Live a sexless life with the other...

The World Health Organization (WHO) has said...