Abolition of national petitions that were answered directly by the president 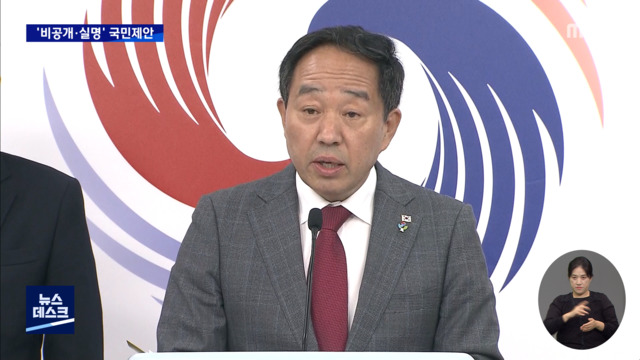 Unlike the national petition, it is 100% real name system and the contents are kept private.

This is the report by Lee Jung-eun.

The Nth room incident that angered the entire nation.

More than 5 million people agreed to the petition to punish the perpetrators severely, and the Commissioner General of the National Police Agency responded.

“I will put in all the power I can as a police officer to thoroughly investigate.”

The national petition has been received by 1.11 million, functioning as a public forum, and has been selected as one of the symbols of the Moon Jae-in government.

With the inauguration of the new government, the presidential office abolished the civil petition system and created a new [국민제안] It was announced that a bulletin board was created.

You can file complaints or petitions by uploading texts and videos online, or you can also file a complaint by calling 102.

However, it is operated under a real name, and the contents are kept private.

If the contents of the petition are disclosed, there is a risk that it will become a political issue that promotes conflict.

The Office of the President said that it will guarantee that if the people make a proposal or petition, they will receive a reply within the time limit set by the law, from 30 to 150 days, respectively.

However, amid the controversy that it is one of erasing the former government, some are pointing out that the real-name system and private operation may limit public participation.

This is Lee Jung-eun from MBC News.