Ahead of the 2030 World Expo 2nd PT, ‘Fierce’ at the bottom of the competition 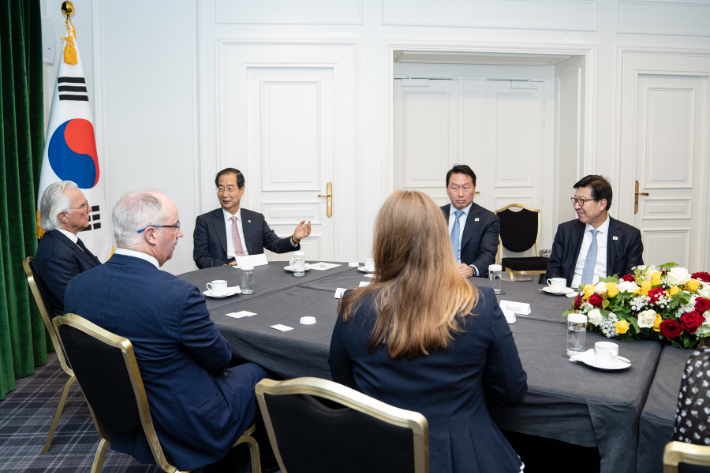 In particular, in the midst of the fiercest bid for the 2030 World Expo compared to any other expo ever, it is evaluated that Korea is making a strong first impression, creating a favorable atmosphere for Busan bid.

According to Busan City on the 12th, the government delegation attended an official reception held at the Intercontinental Hotel in Paris, France at 7:30 pm local time on the 19th, hosted by Minnesota, USA, a candidate city for the 2027/28 Certification Expo.

The International Exposition Organization (BIE) requires that candidate cities holding an expo hold an official reception to negotiate with their sponsoring countries.

Although this is an event related to the certification expo, not the World Expo, it is considered an important event where the largest number of member countries gather during the BIE General Assembly.

The government delegation selected this event as a key event to promote Busan and has been meticulously preparing for the division of roles and close negotiations with participants by country.

Read Also  Signs of spread of local infection in Omicron in Japan... The first case in Tokyo after Osaka and Kyoto

In particular, the government delegation focused on targeting parts of Africa and Pacific island countries that have not yet decided on a support country.

A representative from Latin America, who attended the event, is said to have expressed support for Busan, saying, “Busan is showing its will to attract the most quickly and actively.”

The delegation is also engaging in private and informal under-the-scenes negotiations in order not to expose its bid strategy to competitors.

In particular, it is known that the heads of domestic representative companies such as SK Group, Samsung Electronics, and LG Electronics, or high-ranking executives, directly applied for support, leading to a positive evaluation of BIE member countries.

In the case of Saudi Arabia, which is considered Korea’s biggest competitor, it is said that the range of activities is narrow compared to the diplomatic warfare conducted by the Korean government, as it is engaged in a high-level battle with the royal family and high-ranking officials from each country.

In the bid for the 2030 World Expo, the Russian invasion of Ukraine caused the two countries to withdraw their participation in the bid, and each country has different strengths, so the competition is fiercer than ever.

The second competitive PT of the BIE General Assembly, which will determine who can have the upper hand in this bid, will start at 4:30 pm on the same day in our time.

Our delegation plans to appeal for support by emphasizing that the PT has been fighting to bid for the 2030 World Expo as a top priority since the new government took office and that Busan is the best place to host the Expo.

Situation of the Thai border war Karen wade through the Burma Army camp half a hundred
Posted onJune 29, 2022June 29, 2022