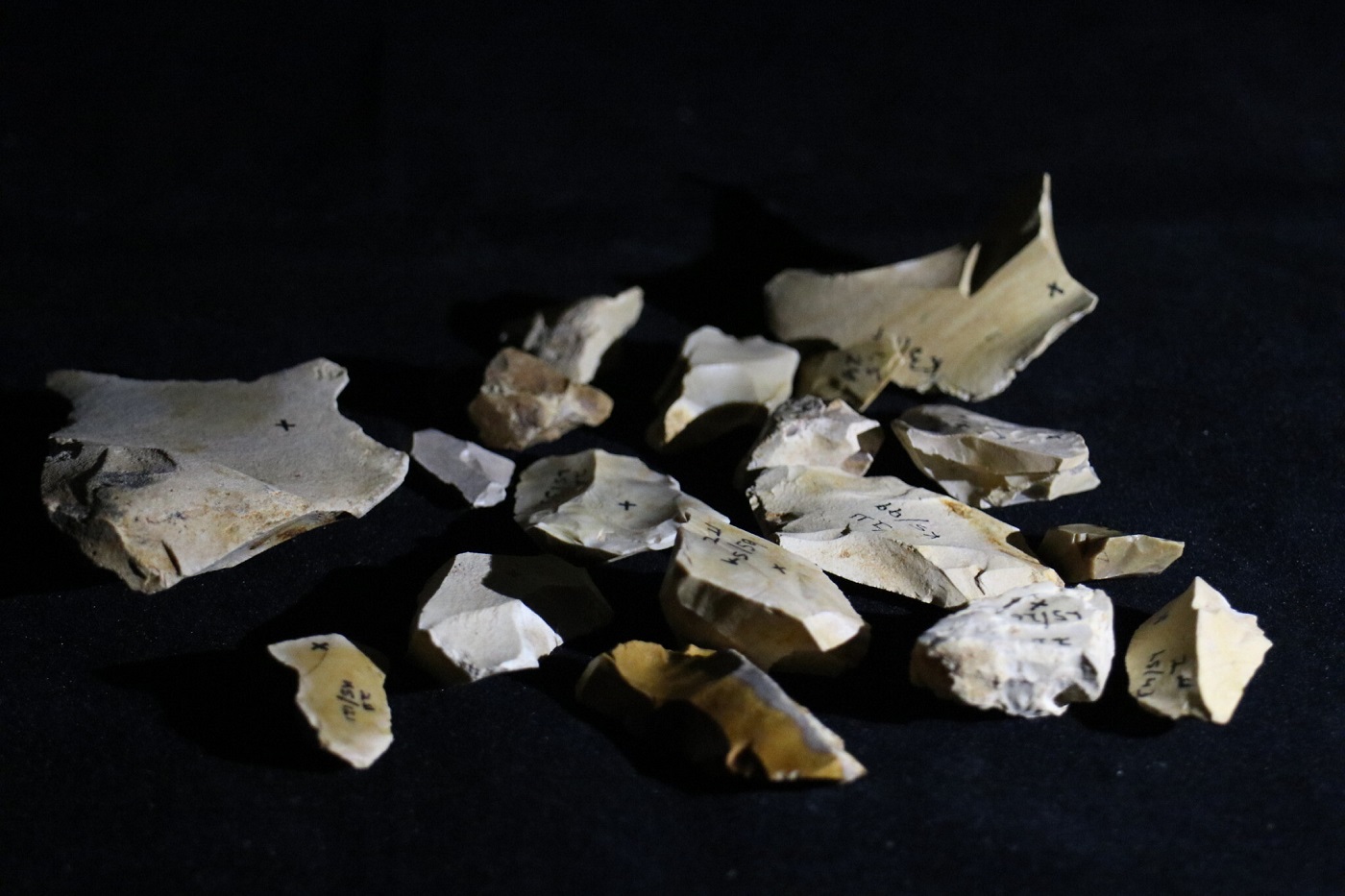 Knowing how to use fire is the key to the evolution of Homo sapiens. Fire not only helps make more complex tools, but also makes food safer and better for brain development.

So far, only five sites with fire evidence dating back 500,000 years have been found in the world: Wonderwerk Cave and Swartkrans in South Africa, Chesowanja in Kenya, Gesher Benot Ya’aqov in Israel, and Cueva Negra in Spain. Recently, an Israeli research team used artificial intelligence algorithms to discover the sixth site that proves traces of human use of fire, and proposed that there is evidence of human use of fire in the late Paleolithic site in Israel. The research was published in PNAS.

The traditional archaeological method for the identification of early ancient human sites by fire mainly relies on visual judgments such as altered sediments, debris and bones, such as soil reddening, discoloration, warping, cracking, shrinking, darkening, etc., but it may underestimate the human at that time. The prevalence of fire. The new research team developed a spectroscopic “thermometer” based on Raman spectroscopy and deep learning algorithms to estimate the thermal exposure of flint artifacts, detect the atomic structure of distorted materials at extremely high temperatures, and compensate for the lack of visual features of fire traces.

This time, the Evron Quarry, an early Paleolithic open-air site in Israel, used a new method to find the remains of burned animals and debris, dating from 1 million to 800,000 years ago. The team first looked at material excavated by Evron Quarry in 1976-1977 and found no visually obvious evidence of heat-related features such as reddening of soil, discoloration or cracking of flint tools, shrinkage, or discoloration of animal remains.

▲ The site of the Evron Quarry site.

The team tested many methods, including traditional data analysis, machine learning modeling, and deep learning models. Popular deep learning models have specific architectures that outperform other models, and the benefit of using AI technology is that it can analyze the chemical composition of materials and estimate thermal exposure. AI technology can reliably distinguish whether modern flint has been burned, and can also display the temperature at that time. The heat of fire can cause changes in nearby stones, combustion can change bone structure at the atomic level, and the infrared spectrum can also change.

The team pre-trained modern flint collected in different parts of Israel and heated it to a known temperature under controlled laboratory conditions before the model was trained to analyze unknown samples (ie, stone tools collected from the Evron Quarry site). The team used supervised deep learning to link Raman spectroscopy to flint heating temperature, a method that relies on irreversible thermally induced structural changes in the organic and inorganic components of flint while overcoming inherent variability. The advantage of using a deep learning model to estimate temperature is the ability to approximate any nonlinear decision boundary between heat and spectral changes due to heat in alpha-quartz, moganite, and the D and G-band spectral regions.

Read Also  The developer of "DC Universe Online" is developing an AAA-class MMO based on Marvel! Mentioned in performance report | Game * Spark

It is impossible to know whether the stones in the picture below have been burned by light, but through the deep learning model, the thermal exposure of the ultraviolet Raman spectrum collected by the stones is estimated, and it is found that they have been heated to 200°C~600°C, representing ancient human beings. Have the ability to control fire instead of just using natural wildfires.

The team also conducted experiments to confirm that the relic stone tools had been burned, and Chazan, one of the authors, said: “If there is no artificial intelligence to verify the flint, no one will bother to test the heat exposure of these bones.”

Although the study has not been able to determine whether the site tools were burned by natural or artificial fires, the spatial variation due to burning traces can be interpreted as evidence of human intervention, and natural fires often result in homogeneous thermal changes throughout the burned area.

The authors acknowledge that wildfires and uneven vegetation can also contribute to uneven temperature distribution across the region, and that temperature is not a reliable distinction between wildfires and artificial fires. Nonetheless, Stone Age tool estimates of temperature, and the fauna that burned, still suggest the possibility that hominins at this site might have used fire.

(This article is reproduced with permission from Lei Feng.com; Image source: Weizmann Institute)

Big Tu-Pom sent a vote on the 500-dividing party list formula. Khamnoon pointed out that the senator’s voice was broken.
Posted onJuly 6, 2022July 6, 2022