Of the 41 deaths in Samut Prakan province, 28 were elderly with congenital disease and 13 were under 60 years of age but had a history of congenital disease. Among them were the elderly and those with chronic diseases. 7 people who received the first dose of the AstraZeneca vaccine, while the other one, aged 44 years, had a history of thalassemia. received a sino farm vaccine The first dose was dated July 15, 1964. 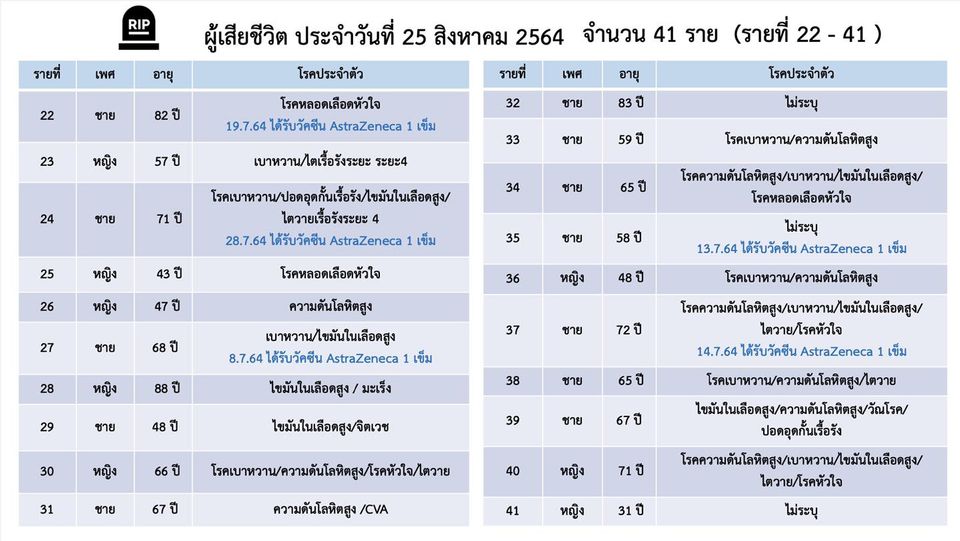