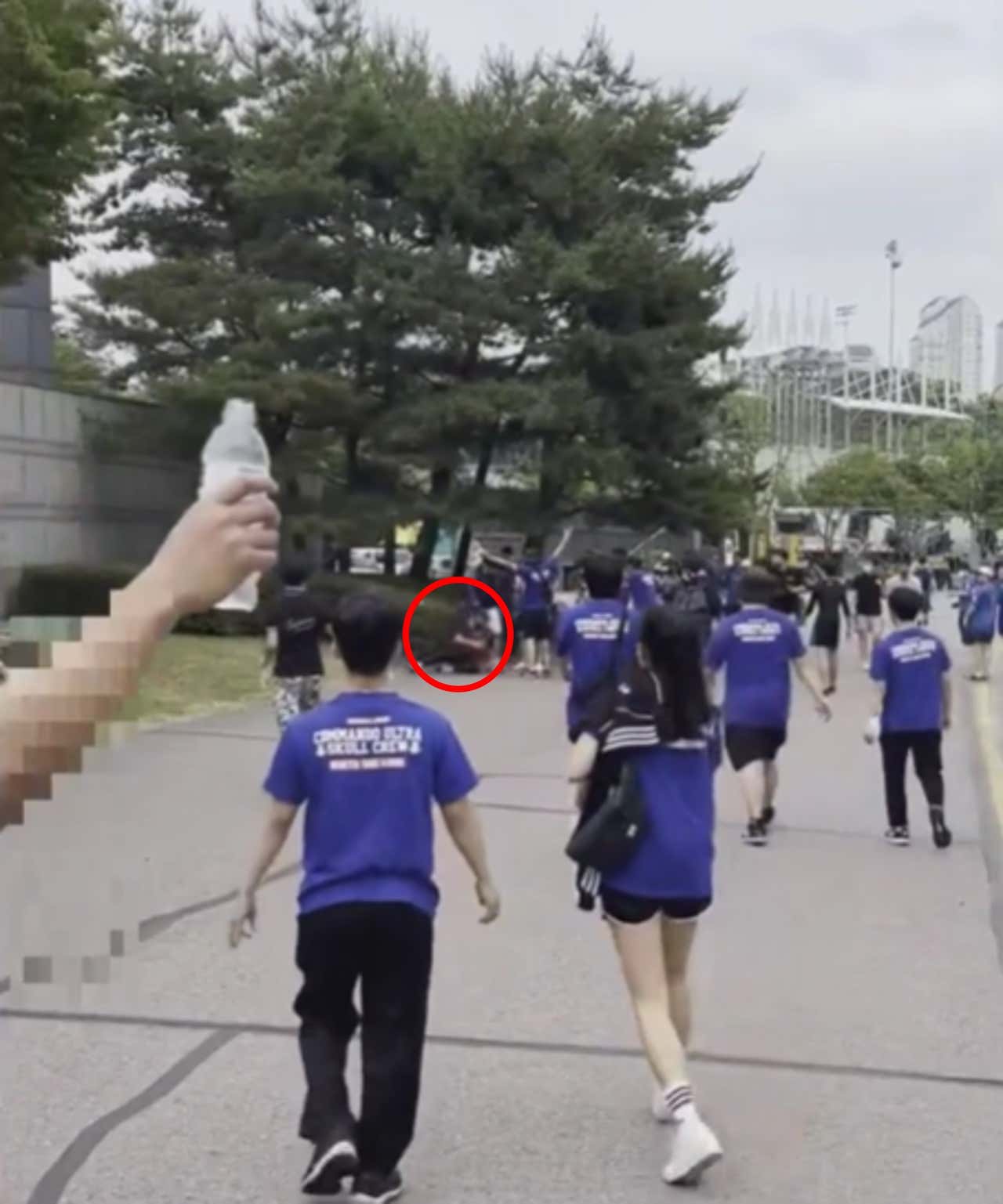 [골닷컴] Reporter Kim Hyung-joong = Something that shouldn’t have happened. A group assault on a fan of the opposing team occurred on a soccer field.

This is not the story of European hooligans. The incident occurred on the evening of the 19th at Suwon World Cup Stadium, where Suwon Samsung and FC Seoul played a match. A Seoul fan was assaulted while surrounded by many Suwon fans. A man in a Suwon jersey flashed another man in a Seoul jersey and slammed it down to the ground. Many Suwon fans who were around created an atmosphere where they sang cheering songs instead of drying them up.

Although the exact circumstances were not known, he was surrounded by a dozen or so people and suffered physical and mental damage. In the end, he even took off his Seoul uniform. What is even more shocking is that the victim is known to be a minor.

Suho-shin, a Seoul supporter, said through the official SNS channel on the 20th, “I delivered the information about the Seoul fan assault yesterday to the club, and I plan to request an official confirmation from the Suwon club.” He also announced, “We plan to take legal action with the club, and the Guardian God small group has sent a protest e-mail to AFC.”

A Seoul official said, “We have obtained the contact details of the victim’s father and the club is contacting them.” Even today, the Seoul club community continues to post complaints about the incident.

Suwon fan opinion is the same. He was wary of a situation in which the majority of good fans suffered damage because of some ignorant fans. We are asking the club to issue an official statement.

Soccer is a sport that is played in the heat of the fans. But an avid soccer fan shouldn’t be a violent hooligan.