Top Posts
Gura Kim, criticizing actors appearing in variety shows...
Lotus joins forces with “SMART SME EXPO” to...
3 more domestic confirmed cases of Omicron from...
Passenger trains under the Etihad Rail project; Dh5,000...
What a drama!Westaben hits the wall at the...
“Mrs. Huzhu” ending starring Yang Mi and William...
Taxation of virtual assets with a one-year deferral…...
In the government campaign of ‘Comfort the people...
“Hong Kong movie villain” Dasha died in a...
Kang-in Lee, who is strong in the big...
Home World At least 45 dead, including children, in bus crash in Bulgaria
World

At least 45 dead, including children, in bus crash in Bulgaria 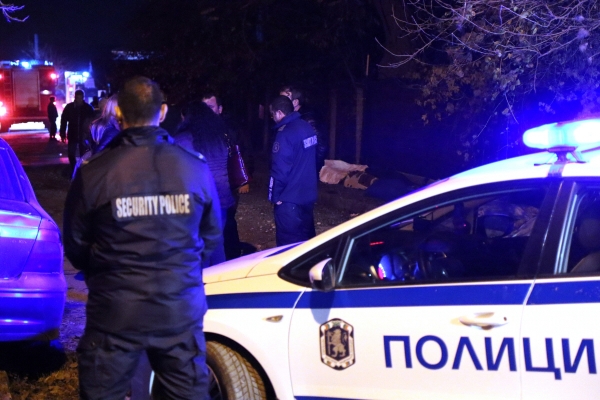 ▲ Police officers inspect the scene of an accident in Royak, Bulgaria on the 22nd (local time). Royak/AP News

At least 45 people have been killed in a bus crash in Bulgaria.

According to the Associated Press on the 22nd (local time), a bus collided on the Struma highway in western Bulgaria at around 2 a.m., killing 45 of the 52 people on board, including children, and sending 7 to hospital.

The accident bus was a vehicle carrying travelers from North Macedonia, and it is said that the fire broke out when it crashed on the road after the crash. Bulgaria’s Interior Minister Boyko Rashkov said the victims were completely burned, and the BBC said seven people were also taken to hospital with burns.

In Bulgaria, in 2018, a tour bus carrying 33 pilgrims to the monastery crashed near the capital Sofia, killing 16 people.

Boiling in front of the boiled rice shop The girl was humiliated – got up. Grabbed a knife and stabbed, 1 dead, 1 injured

China may impose a data tax on science and technology companies, Alibaba, Tencent expected to bear the brunt

German Foreign Minister-designate threatens to be “tough on...

US intelligence authorities “China, the number one...