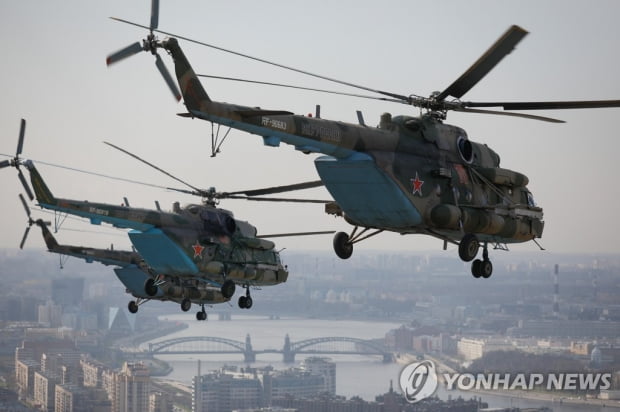 Tensions between the Baltic countries and Russia are growing as Lithuania blocks cargo shipments to Russian territory and Estonia protests that a Russian helicopter has invaded its airspace.

According to Reuters on the 21st (local time), the Estonian Ministry of Foreign Affairs issued a statement and said that a Russian Mi-8 helicopter flew for two minutes without permission in its airspace on the evening of the 18th.

“Estonia considers this very serious and regrettable,” the Foreign Ministry said in a statement.

Estonia also summoned the Russian ambassador to the country to protest.

“Russia must stop threatening its neighbors and know that the cost of an invasion of Ukraine is really high,” the foreign ministry said in a statement.

Estonia also summoned the Russian ambassador to protest on the 10th.

The day before, President Vladimir Putin, at a ceremony to commemorate the 350th anniversary of the birth of Peter the Great, was remarking with the intention of praising Peter the Great over the Northern War with Sweden, saying, “He stole something, and he got it back.”

In particular, President Putin provoked Estonian backlash by referring to Narva, the third city of Estonia, which was then a part of Sweden.

In the case of Lithuania, another Baltic country, the conflict with Russia has escalated as it significantly restricts freight transport to Kaliningrad Oblast, a territory outside Russia’s western border, via its territory.

The three Baltic states, Estonia, Lithuania, and Latvia, which border Russia, have strong anti-Russian sentiments due to their history of occupation by the former Soviet Union.

The Baltic countries gained independence in 1991 and joined the EU and the North Atlantic Treaty Organization (NATO) in 2004.