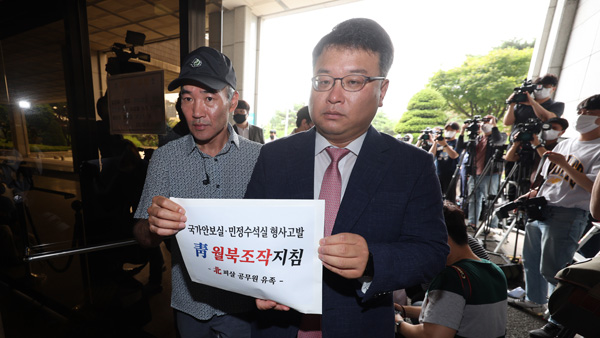 The family of the late Lee Dae-jun, an official of the Ministry of Oceans and Fisheries, who died in a North Korean gunfire while drifting in the West Sea in 2020, filed a complaint with the prosecution against Seo Hoon, former National Security Office chief, Kim Jong-ho, former Blue House chief of civil affairs, and Lee Kwang-cheol, former civil affairs secretary.

Lee’s family said today, “This is to check whether Mr. Lee has defected to North Korea due to the guidelines issued by the National Security Office and the Senior Civil Affairs Office to the Ministry of National Defense and the Maritime Police, respectively.” He was charged with writing public documents.

The bereaved family requested that “the prosecution directly investigate the case,” saying, “The chief of the Office of Crime Investigation for High-Level Public Officials appointed by the Moon Jae-in government, investigating the Moon administration is a second offense against the bereaved family.” allotted to wealth.

The bereaved family responded, “I requested information disclosure from the Presidential Archives on the 25th of last month, and I will receive a reply tomorrow.”

Earlier, on the 16th, the Ministry of National Defense and the Korea Coast Guard overturned the investigation results two years after the incident, saying they could not find Lee’s intention to defect to North Korea.

Meanwhile, the Ministry of Airborne Affairs issued a press release today, stating, “As the subjects reported by the bereaved families of public officials who were attacked in the West Sea are not ‘prosecutors’ who are obligated to transfer to the Airborne Service, there are no plans to request the transfer of the case.”