“Biden offered face-to-face summit with Xi Jinping, but was rejected”

FT “習, dissatisfied with the level of remarks made by the US and China, seems to have decided that it is uncertain whether they will get it even if they meet”
U.S. attempts to manage bilateral relations have been thwarted… It will be difficult to meet at the G20 next month.
“U.S.-China War Concerns over Trump’s Contingent Action… Chairman of the Joint Chiefs of Staff holds two secret calls with China
WP Deputy Editor reveals book to be published
President Joe Biden

U.S. President Joe Biden proposed a face-to-face summit in a phone call with Chinese President Xi Jinping on the 9th, but was actually rejected, the Financial Times reported on the 14th. After China’s rejection of the Biden administration’s attempt to focus on managing the US-China conflict after its withdrawal from Afghanistan, it is evaluated that the possibility of the two leaders meeting with the G20 summit to be held in Italy next month is also slimmed down.

When President Biden proposed a face-to-face meeting in a phone call held in seven months since February of this year, Xi virtually rejected the proposal, saying, “The US should lower the level of public speaking.” Although Xi did not use harsh language like high-ranking foreign and security officials, such as Yang Jiechi (楊潔ji), a member of the Political Bureau of the Communist Party of China in charge of foreign affairs, and Wang Yi (王毅), foreign minister, he told President Biden that the U.S. was exaggerating and rhetoric about China. It clearly conveyed the message that ‘should refrain from China has vehemently opposed the US’ criticism of human rights abuses against Taiwan, Hong Kong and Xinjiang as interference in internal affairs. US officials saw the call as a test of China’s willingness to improve bilateral relations. However, it is reported that China has come to the conclusion that China will continue to take a hardline stance toward the United States in the future due to Xi’s refusal. 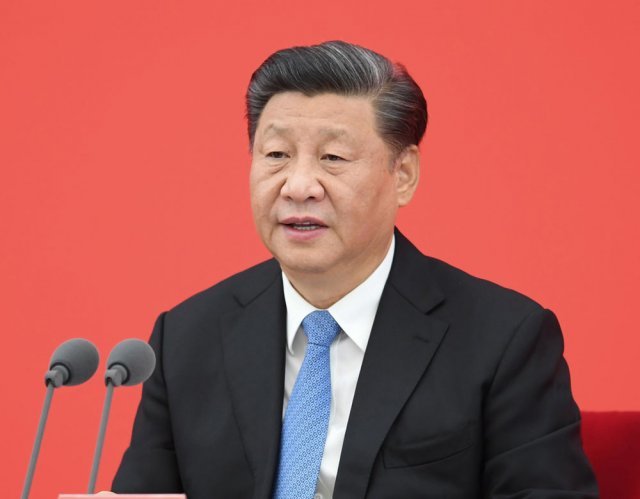 Xi, who is about to secure a third term at the 20th Communist Party Congress in October next year, sees it as politically dangerous to attend a face-to-face meeting without what he will get from President Biden. If the US-China summit fails to achieve significant results, it could only cause public opposition and shake the foundation of long-term government. There is also an analysis that he refuses to hold face-to-face meetings abroad due to concerns about the novel coronavirus infection (COVID-19). He has not been abroad since his last visit to Myanmar in January of last year. The White House denied the report. According to Reuters, President Biden answered a reporter’s question on the 14th if he was disappointed that Xi did not want to meet, saying, “It’s not true.” White House National Security Adviser Jake Sullivan also added in a statement that “it is not an accurate description of the content of the call.” “What I can tell you now is that the two leaders had frank and in-depth conversations and agreed to continue communication in various ways,” said Zhao Lijian, spokesman for the Chinese Foreign Ministry, at a press conference on the 15th. said. It is also newly revealed that the military leaders of the two countries exchanged communication before and after the US presidential election last year. Mark Milley, chairman of the Joint Chiefs of Staff, and Li Zuo-cheng, chairman of the Chinese Joint Chiefs of Staff, spoke on the phone twice, fearing that then-President Donald Trump, who had taken a hardline stance toward China throughout his tenure in office, would cause an accidental war with China before and after the election. According to CNN and others on the 14th, the Washington Post (WP) deputy editor Bob Woodward reported in advance the contents of the book ‘Peril’, which will be published on the 21st, that Chairman Millie gave a message to Chairman Lee on October 30, last year, just four days before the presidential election. I called. At that time, China was surprised when it received intelligence that the Trump administration was preparing to attack China. Chairman Milley said, “If the US attacks, I will give you a call in advance. There will be no surprises,” he reassured. In a phone call with Chairman Lee again on January 8, this year, right after Trump supporters dissatisfied with the presidential election stormed into Congress, Milley emphasized that he had no intention of attacking China, saying, “The United States is 100% stable.” When Chairman Lee was not easily relieved of his anxiety, Chairman Milley contacted the US Indo-Pacific Command and ordered that the military exercise be postponed, and the actual exercise was postponed.

Police committee pointed out that “Thaw Gas” was a group of rioters. not a protester

Relatives and friends are fighting in public… the...