In order to block foreigners from trading in speculative real estate, the government designates a separate transaction permit zone for foreigners and restricts visas that can be registered as rental business operators. In addition, in order to systematically manage foreigners’ housing ownership and transactions, it is planning to produce statistics on foreign housing ownership from next year.

According to the Ministry of Land, Infrastructure and Transport on the 23rd, the number of housing transactions by foreigners is less than 1% of the total, but it is increasing every year. The number of purchases increased significantly during the recent rise in house prices, from 6,676 in 2019 to 8,756 in 2020 and 8,186 in 2021.

In particular, there were cases where some foreigners bought houses, such as one foreigner buying 45 houses, and there were also cases of purchases by minors.

In addition, many critics pointed out that real estate speculation by some foreigners, who are relatively freer than Koreans, such as getting loans from their own countries, is not being properly managed in relation to real estate acquisition.

Accordingly, the Ministry of Land, Infrastructure and Transport decided to take a closer look at foreign real estate speculation by applying the same strict standards as Koreans do. decided to do

First of all, out of 2038 cases made nationwide from 2020, when the foreign transaction volume surged, to May of this year, 1,145 cases of suspected speculative transactions such as up/down contracts, title trusts, and expedient gifts will be investigated first.

In addition, considering the peculiarity of being a foreigner, it plans to cooperate with the Ministry of Justice, which has information such as status of residence and address, and the Korea Customs Service, which cracks down on illegal foreign exchange transactions.

Violation of the Foreign Exchange Transactions Act and the Immigration Control Act, such as bringing in illegal funds overseas or renting real estate with an unqualified visa We plan to notify the Customs Administration and the Ministry of Justice about the matter and take strict action.

The Ministry of Land, Infrastructure and Transport plans to conduct this survey for four months until September and announce the results of the survey in October. In addition, we plan to expand the scope of the investigation to include foreigners’ land transactions.

The government also decided to come up with a plan to deal with speculative real estate transactions by foreigners. As some advanced countries such as Canada, Australia, and New Zealand have recently tightened regulations on foreign real estate acquisition, Korea has also established a response system to foreign speculative real estate transactions based on the principles of fairness and common sense and stabilizing the real estate market, and We plan to actively promote system improvement, such as overhauling the

The Ministry of Land, Infrastructure and Transport is currently conducting research services for statistical production, and plans to promote national statistics approval and publication in the first quarter of next year after pilot production in the fourth quarter of this year.

In addition, if there are concerns about foreign real estate speculation, the ‘Act on Report on Real Estate Transactions, etc.’ is amended this year so that the Mayor/Do Governor, etc. can designate a transaction permission zone by specifying the target (foreigners, etc.) and target use (land containing housing, etc.) promote

For example, it is expected that the Incheon Mayor will designate District A as a permitting area that requires a permit if a foreigner or a foreign corporation intends to acquire land containing a house.

In addition, it plans to limit the number of visas that can be registered as a rental business to some residents (F2), overseas Koreans (F4), permanent residents (F5), and marriage immigrants (F6). The revision of the ‘Special Act on Private Rental Housing’ will be promoted this year.

In order to systematically respond to illegal acts of foreigners in real estate transactions, the government established the ‘Foreign Real Estate-Related Institutions Council’, a cooperative system between the Ministry of Land, Infrastructure and Transport, the Ministry of Justice, the National Tax Service, and the Korea Customs Service.

At the first meeting held on the 21st, the system related to foreign real estate transactions and measures to prevent and respond to speculative real estate transactions were discussed. Relevant ministries decided to actively review institutional arrangements to encourage foreigners who own multiple houses to faithfully pay taxes commensurate with their income so that the principle of fair taxation is observed and Koreans are not discriminated against.

Data related to transactions suspected of foreign speculation, such as the purchase of high-priced housing with funds from unknown sources, will be regularly shared with related agencies such as the Korea Customs Service to strictly crack down on illegal activities.

In addition, the Ministry of Land, Infrastructure and Transport, in consideration of the characteristics of foreigners whose place of residence is not clear, to ensure the effectiveness of the investigation, when acquiring real estate for non-resident foreigners, the Ministry of Land, Infrastructure and Transport is reviewing system improvements, such as making it mandatory to designate and report a domestic consignment manager, and expand the target of submitting a funding plan. It was also decided to devise sanctions measures, such as restricting the entry and exit of foreign nationals caught.

Specifically, in the case of non-resident foreigners, we plan to review measures to make it mandatory to submit a financing plan when acquiring a house, regardless of whether it is a regulated area such as an overheated speculation district or an area subject to adjustment.

Jin Hyeon-hwan, land policy officer of the Ministry of Land, Infrastructure and Transport, said, “This actual transaction planning survey will serve as an opportunity to review the overall management system for foreign real estate transactions in order to stabilize the real estate market and resolve the controversy over reverse discrimination against Koreans.” We will also promptly promote system improvement for this.” 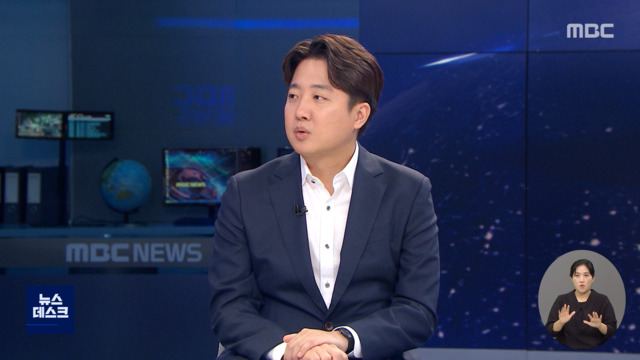