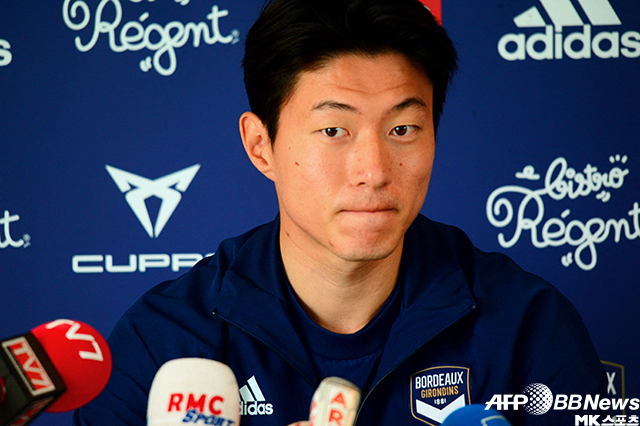 While Hwang Ui-jo (30) wants to leave the French professional football Girondin de Bordeaux, the club’s request for a transfer fee higher than the market price has emerged as a variable.

On the 19th (Korean time), ‘L’Equip’ said, “Several clubs in French Ligue 1 (1st division) such as ▲ Strasbourg ▲ Nantes ▲ Montpellier ▲ Troyes are competing for a contract with Hwang Ui-Jo. However, Bordeaux has set the starting price of 8 million euros (about 10.9 billion won) as the starting price.”

According to ‘Transfer Markt’, a transfer market media, Hwang’s market value is estimated at 7 million euros (9.5 billion won). ‘Rekief’ said, “Bordeaux had a knife in his throat… ” He pointed out the high posture shown in negotiations.

On the 15th, French professional football’s Financial Management and Control Agency (DNCG) ordered that Bordeaux be downgraded to the third division, saying, “Bordeaux is not in financial condition to participate in League 2.” “Bordeaux immediately appealed, but in order to remain in the second division, we need to secure 20 million euros (27.1 billion won) as soon as possible,” said Rekief, pointing out that clubs wanting Hwang Ui-jo do not need to rush.

Bordeaux’s management, who could not afford the debt, could make a breakthrough by filing for bankruptcy. ‘Rekief’ explained why clubs wishing to sign Hwang Ui-jo are watching the situation, saying, “If the team goes bankrupt, all players will have their contracts terminated and become free agents.”