Broadcasting Commissioner Kim Hyun, “Would you do such a thing?”

Within the Korea Communications Commission, the argument that the term of Chairman Han Sang-hyeok should be guaranteed has been publicly raised.

Regarding the Chosun Ilbo’s report on allegations of violations of the Farmland Act, Chairman Han Sang-hyuk said, “This issue was reviewed and not controversial at the 2020 personnel hearing,” he said. Regarding the investigation of the prosecution’s abuse of authority in relation to the re-approval review of Channel A in 2020, he said, “If the Korea Communications Commission had made a mistake,[Channel A]would have taken issue with it.”

Standing member Kim Hyeon said, “At the time of the transition committee, when the people’s power passed, the media innovation committee was formed to look into the media as a whole and to reform and innovate, but the committee has not been formed yet,” he said. The floor leader mentioned about the chairperson’s whereabouts, and after that, it leads to the investigation of violations of the Farmland Act, the prosecution’s (the accuser), and then the Board of Audit and Inspection,” he said.

The Board of Audit and Inspection began regular audits of the Korea Communications Commission from today (23rd), and it is reported that more people than expected were put into the audit. Standing Committee member Kim Hyun said, “Last Monday, I got a call from the working staff (thanks). Although it is an institution subject to audit by the Board of Audit and Inspection in 2022, the people are a little puzzled and the media seems to be paying attention as it was done in a blitz.”

Read Also  TBS CEO, “Talking about starving to death” at the movement to abolish the Seoul ordinance

Kim Hyun explained, “The Korea Communications Commission is an independent consultative body composed of five members appointed by the president and two standing members appointed by the opposition party and one standing member from the ruling party. All other matters are dealt with in consultation, but it is a bit embarrassing to talk like this about a position with a guaranteed tenure.” Regarding the interpretation that ‘shaking the communication chairperson’ is a preliminary work for the replacement of the public broadcaster’s president, he asked, “You became president by insisting on the law, justice, and common sense, would you ever do such a thing?”

He continued, “(Chairman) is a lawyer, has been in charge of defense for the broadcasting side for a long time, has also acted as a director, and is operating the committee reasonably (so far). Most of the employees also make such judgments,” he said. To the point that the current five-person recommendation structure recommended by politicians is not a problem, he replied, “If that is the problem, we should go to the independent system,” and replied that the reorganization of the government is a matter for the National Assembly to discuss. Kim Hyeon, a standing member, was nominated by the Democratic Party of Korea and his term ends in August 2023. 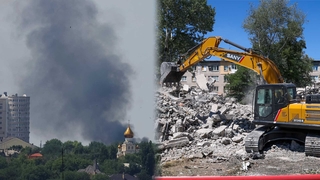