It is an atmosphere that is held up almost in the active duty service rather than the alternative service, not the issue of the military service of the BTS group. The heated public opinion which has continued to demand a special exemption from military service for BTS is also expected to gradually subside.

In the 4th plenary session held at the National Assembly on the 20th, Minister of National Defense Lee Jong-seop reaffirmed his position that “it is difficult to expand the alternative service system” in relation to the issue of special military service for BTS.

On this day, Min Hong-cheol, a member of the Democratic Party of Korea, said, “The issue of BTS’s military service is now decided through a poll.

When asked, “Can you decide whether you want to join the army or not by vote?” Minister Lee said, “No. To reiterate the position of the Ministry of National Defense, regarding the BTS military service issue, he replied, “It is difficult to expand the alternative service system in terms of the fairness of fulfilling military service obligations.”

Meanwhile, the Ministry of National Defense and the Ministry of Military Manpower have taken a negative stance on the issue of special military service for BTS. However, after Busan Mayor Park Hyung-joon suggested a special military service exemption for BTS to the president, who was appointed as a publicity ambassador to host the Busan World Expo 2030, he said, ‘I will listen to the public’s opinion’.

At the plenary meeting of the National Assembly’s Defense Committee on the 31st of last month, Minister Lee said, “We will make a decision on the issue of BTS (military service) carefully, synthesizing the views of several legislators and considering the national interest from different dimensions , but we will make a decision as soon as possible.” ‘ Mentioned.

However, as the debate began, the Ministry of National Defense immediately emphasized, “The Ministry of Defense will not hold a public opinion poll on the ‘BTS military service issue’.”

Since then, polls regarding BTS special military service have been held in various research institutes, but there was not overwhelming support for them, and there was a lot of tension. And as the Ministry of National Defense reiterated its position that it would be difficult to expand the alternative service system in the National Assembly question session on the same day, the issue of BTS military service ended almost as ‘no special case’. 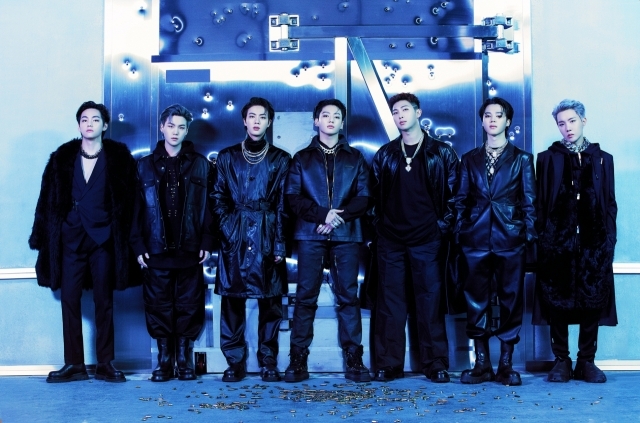 Some members of the National Assembly have been discussing the special military service of BTS since 3-4 years ago. Then, BTS continued to raise their national reputation by winning the top US Billboard charts ‘Billboard 200’ and ‘Hot 100’, etc. which came to the table for serious discussion.

The current Military Service Act states that individuals with special skills in the fields of arts and sports prescribed by Presidential Decree, recommended by the Minister of Culture, Sports and Tourism, can be transferred to arts and sports personnel. In the case of popular artists, there was no appropriate standard, so they were not subject to special military service, but it was said that it violated equity in itself not to include popular artists in the criteria for special military service, focusing on the case of BTS.

Currently, the National Defense Commission has three proposed amendments to the Military Service Act (proposed by Sang-Hyun Yoon, Il-Jong Seong, and Min-Seok Ahn) to include popular culture artists such as BTS in transfer subjects to art and sports personnel. In addition, on the 19th, Representative Kim Young-bae of the Democratic Party of Korea also announced an amendment to the Military Service Act. The aim of this amendment is to add pop culture artists who have received cultural medals, cultural medals, sports medals, sports medals , etc. to art and sports personnel

Since they received the Order of Cultural Merit in 2018 for their contribution to spreading the Korean Wave and the Korean language, they meet the criteria for adding art and sports personnel to the Military Service Act amendment proposed by Rep. Kim this time. However, as the Ministry of National Defense is clear that an alternative service cannot be expanded, this is also unlikely to materialise.

As the BTS special military service issue has emerged as a ‘hot potato’ in the political circles, debates have continued online. After the Ministry of National Defense announced that it would make a decision based on ‘referencing’ public opinion, the poll results from all organizations were crazy, and the pros and cons were full of tension.

However, regardless of the results of the poll, the negative public opinion about BTS’ special military service increased online. An analysis of the consequence of increased fatigue was also raised.

In the midst of this, music critic Im Jin-mo appeared on MBC’s ‘100 Minutes’ on the 20th and made a point of opposing the special military service exemption for BTS. Im Jin-mo said, “BTS’ achievements are amazing, and they should definitely be rewarded, but it shouldn’t lead to special military service or exemption.” “I think it’s right for the members to enlist in order. end , it will bring good effect.”

Im Jin-mo also referred to the difference between the field of fine art and the field of popular art and said, “I think it’s against equity to have exemptions and special military service exemptions again, no matter how much you have contributed abroad . BTS is a team that has made a lot of money and has already achieved everything.”

After the broadcast, many netizens expressed their sympathy, saying, “Im Jin-mo’s opinion is a general opinion.” Netizens said, “Bangtan Boys already enjoy a lot of wealth and honor because they receive special military service privileges.” “Even if it’s not a complete group, BTS is BTS.” “Just like other boy groups, sign up in order and the rest. The members will be active.” “This country is a divided country. Fairness and common sense “Every man enlists in the army” “It’s tiring to even discuss this issue like this.” 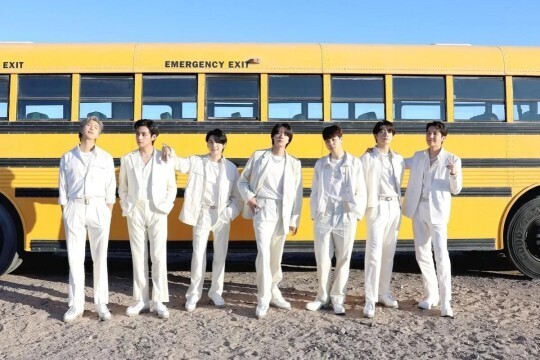 Starting with eldest brother Jin, RM, Suga, J-Hope, Jimin, V, and Jungkook, all members of BTS are Korean citizens and eligible for active duty enlistment. Jin was born in December 1992 and should have enlisted in December last year, but in June last year, he applied to postpone his enlistment until the end of this year due to the amendment of the Military Service Act for Outstanding Popular Culture and Arts.

However, even after all BTS members have registered at a certain time, in some cases, the way to see their complete form is open. Earlier, Minister Lee attended a plenary meeting of the National Assembly’s Defense Committee on the 1st of last month and said, “There will be a way to allow[BTS]join the army but give them time to practice and perform abroad.”

At the time, Minister Lee maintained his previous position that he should be cautious about the expansion of special military service, and emphasized “a way to solve problems in principle, such as fairness, equity, and reducing military service resources, within the scope of not harassing them.” He continued, “I think there will be a way that (BTS) will come to the army but give them a chance to practice, and if there is an overseas performance, they can perform together.” It may be of help,” he said. He said.

BTS, who celebrated their 10th anniversary this year, released their anthology album ‘Old to Come’ in June and announced that they would be taking a break from group music activities to focus on personal growth.

At that time, there was also considerable analysis that the external factor of ‘duty to protect’ could not be ignored in the background of this important announcement.

However, BTS’ ‘full’ moves continue. They were appointed ambassadors for Busan World Expo 2030 in July and predicted their activities as ambassadors.

In addition, before the concert, BTS will attend ‘2022 The Fact Music Awards’ held at the Olympic Gymnastics Stadium (K Spodome) in Bangi-dong, Seoul on October 8 to meet fans.

Remove the mask and go on a journey to experience the world of Korean culture | ThaiPR.NET

Xiaomi Mi 12T Pro uses a 200 million pixel camera, but there is no Leica logo

Remove the mask and go on a journey to experience the world of Korean culture | ThaiPR.NET

Xiaomi Mi 12T Pro uses a 200 million pixel camera, but there is no Leica logo