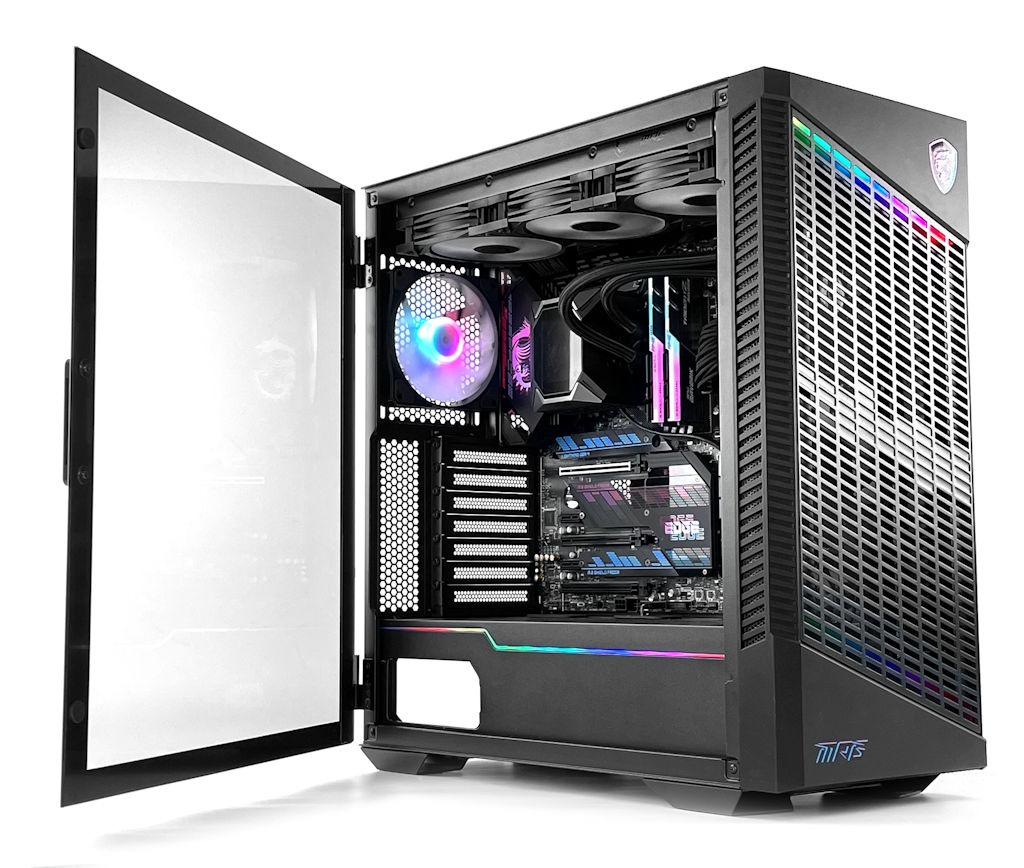 The MSI MPG Gaming Maverik gaming barebone system is specially created for players who like to play games. It is based on high performance and efficient heat dissipation. The front panel of the chassis is added with a large area notification fence, and ARGB light bars are added on the top and bottom of the fence. A long ARGB lighting effect is also added to the Chamber, plus the motherboard and ARGB fan, and the side panels are made of magnetically suctioned door-opening tempered glass. 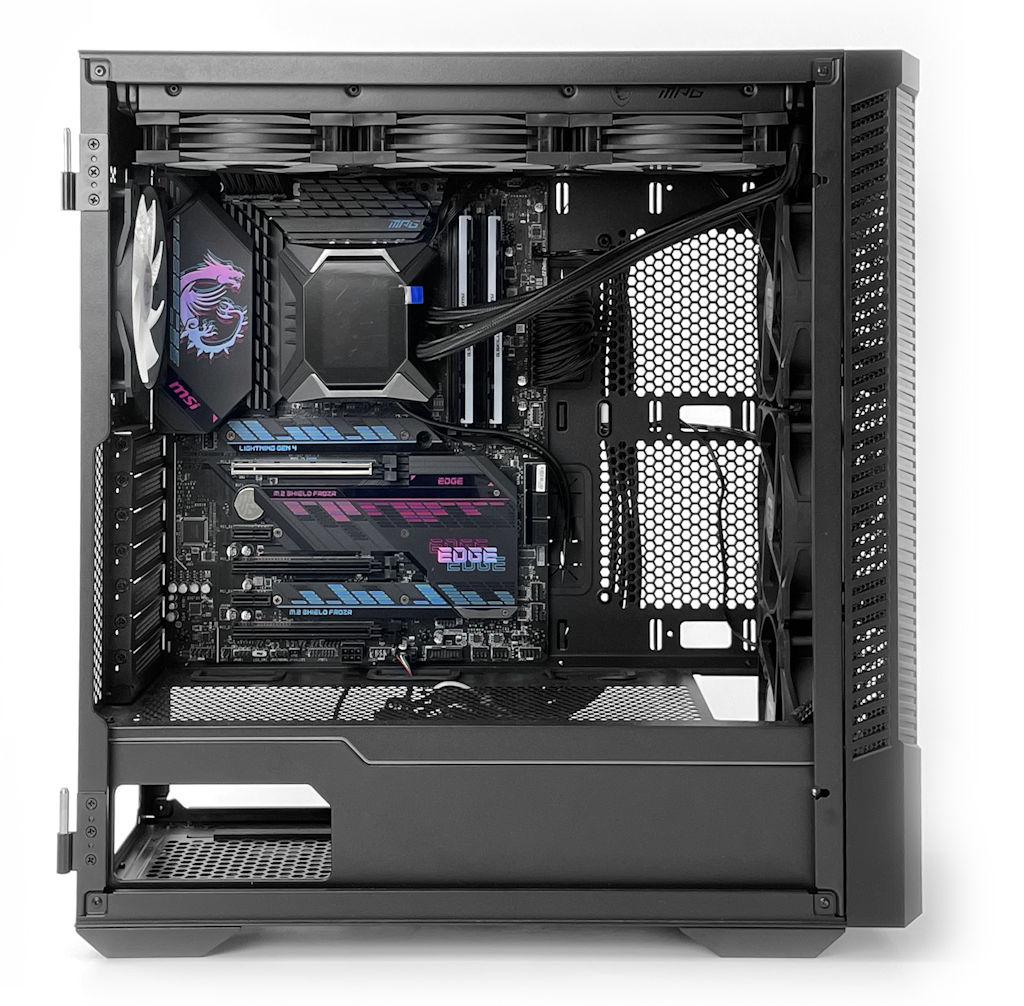 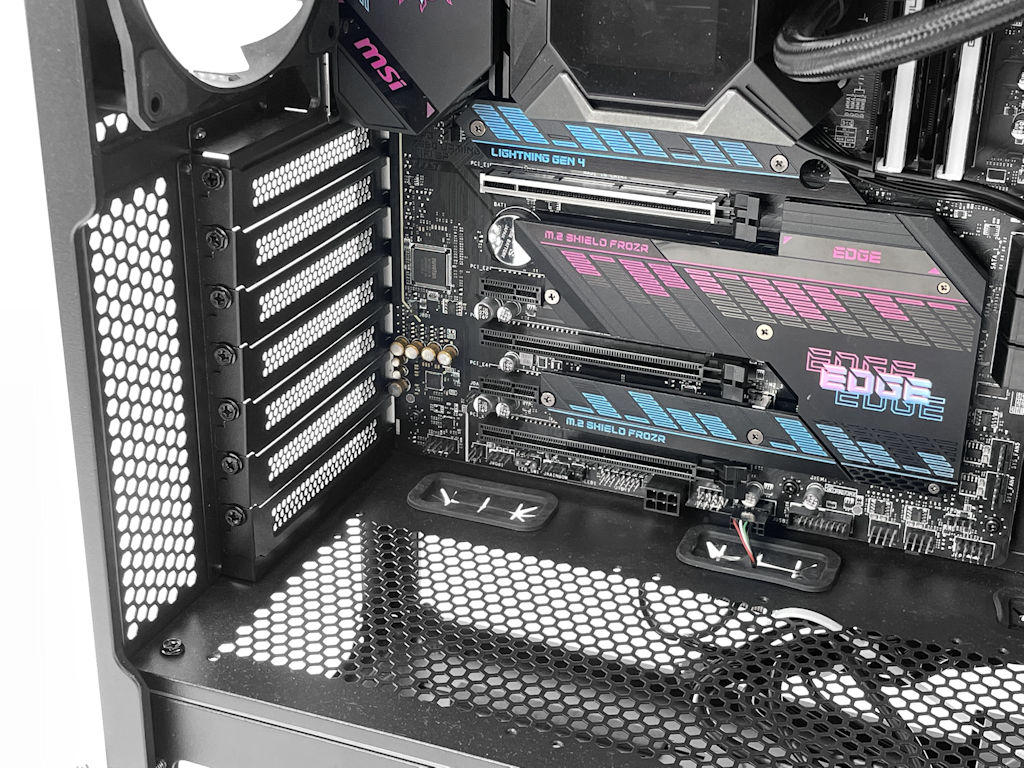 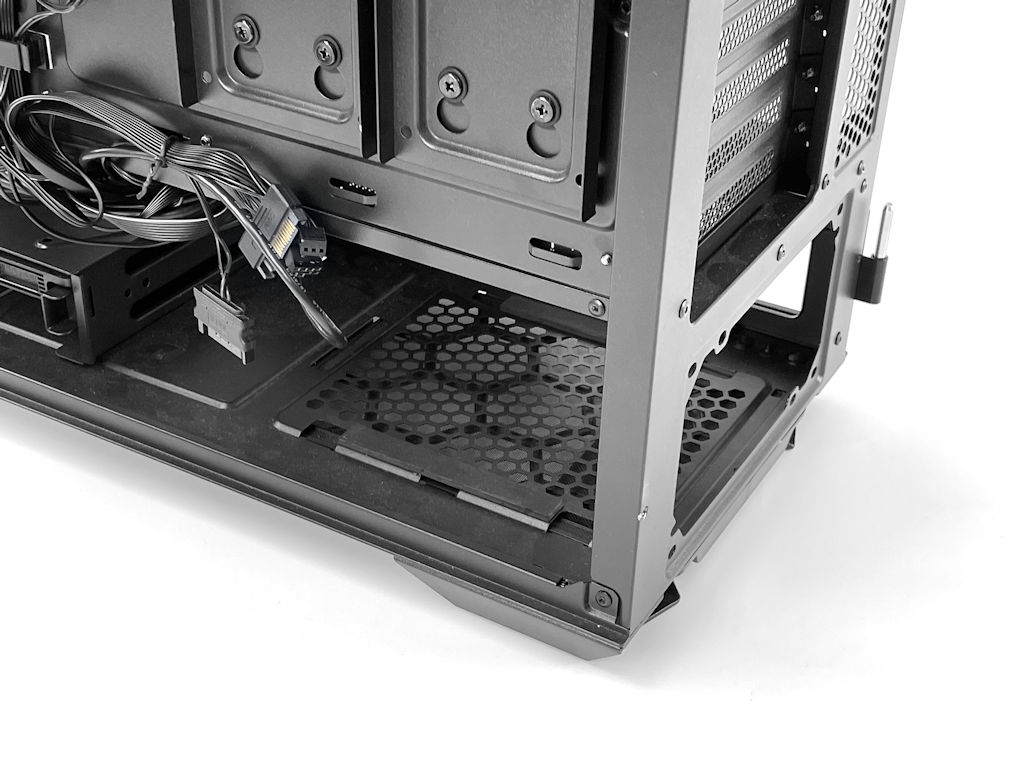 Basically, the Bundle Kit can be used as long as you purchase an additional SSD, graphics card, and PSU power supply. MPG Gaming Maverik supports graphics cards up to 38cm in length and a power supply up to 20cm in length. The Drive Bay in the Chamber is detachable. The design allows the chassis to be expanded to a high-wattage power supply of 1600W or above. 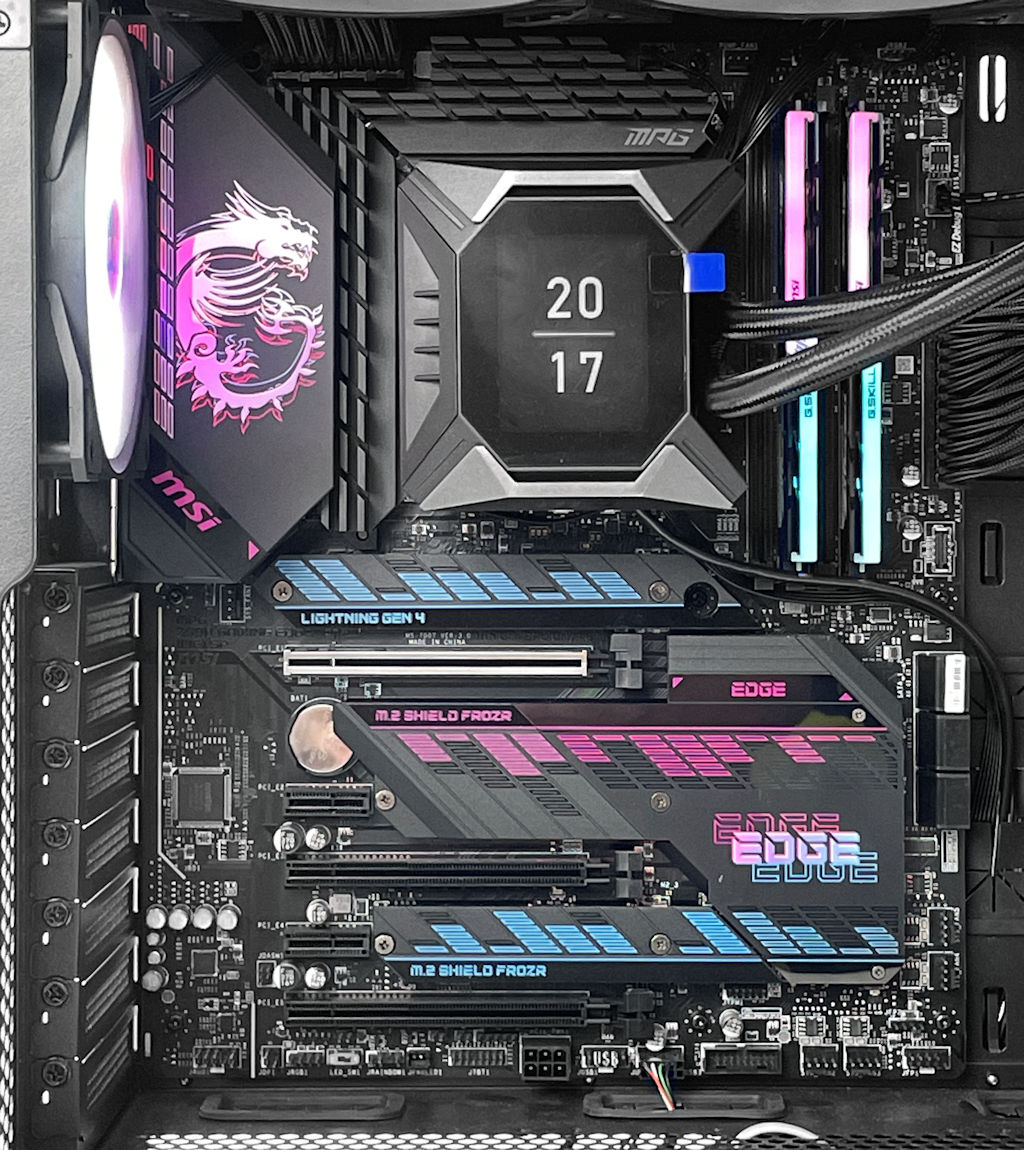 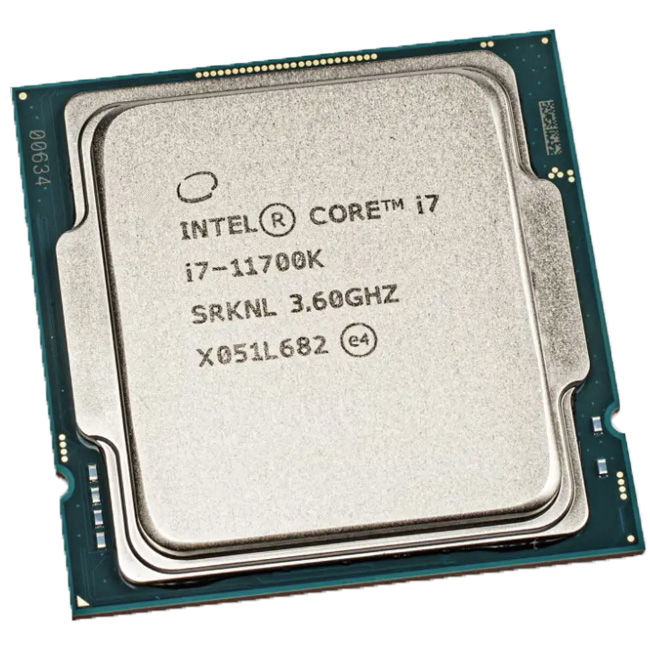 In order to meet the heat dissipation requirements of Intel Core i7-11700K, the Bundle Kit is equipped with MPG CoreLiquid K360 SP integrated water cooling, using Asetek’s 7th generation water pump, with its own three MSI TORX FAN 4.0 fans, which can meet the heat dissipation requirements of 300W TDP, and even more. The playful 2.4” LCD display of the water block can display a variety of images, including computer system information, custom images, text and time. The water block has a built-in 6cm TORX FAN 3.0 fan that can help the motherboard VRM power supply model The group cools and dissipates heat. 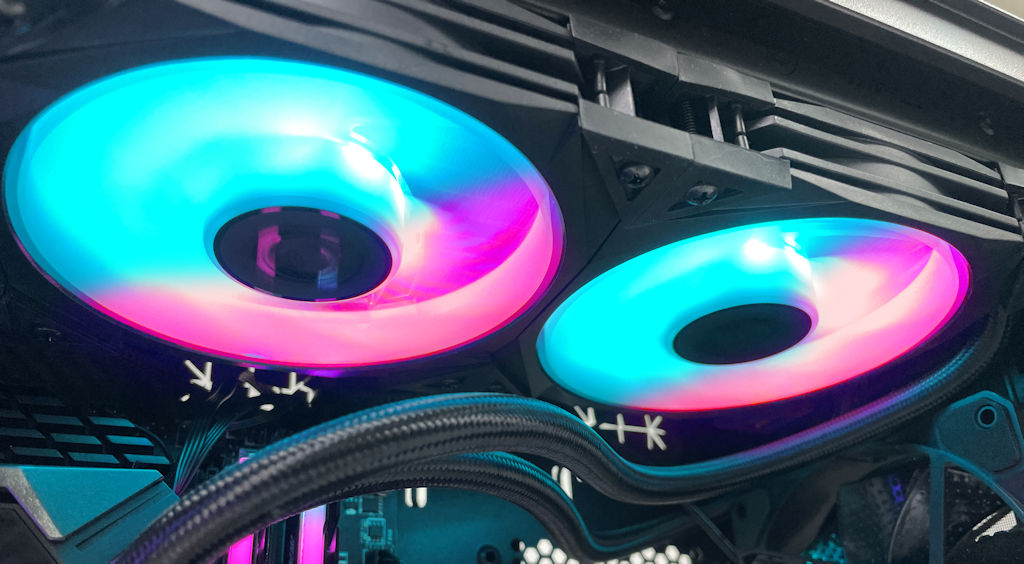 Adopting 360mm, the size of the water cooling row is 120mm x 394mm x 27mm. In order to improve the efficiency of the cooling row, the welding method between the water channel and the fin has been improved. U-shaped radiating fins are used, which are compared with the general V-shaped welding design. This design can increase the contact surface between the water channel and the fins, accelerating the temperature transfer from the water channel to the fins, and 3 MSI TORX FAN 4.0 fans are made of milky white translucent material, with 8 ARGB LED lights that can be external RGB lighting effect with soft and smooth heat dissipation.

In terms of memory, the Trident Z Maverik DDR4-3600 16GB x 2 cooperating with G.SKILL is preloaded. It adopts gray and black two-color aluminum metal heat sink with a thickness of 0.2mm. The surface of the heat sink shell is CNC cut and processed with hairline. And with the integrated fin design, it helps air circulation to achieve rapid heat dissipation. The default lighting effect of the Maverik version has changed the afterimage style of Glitch Art’s purple blue, which is quite special. 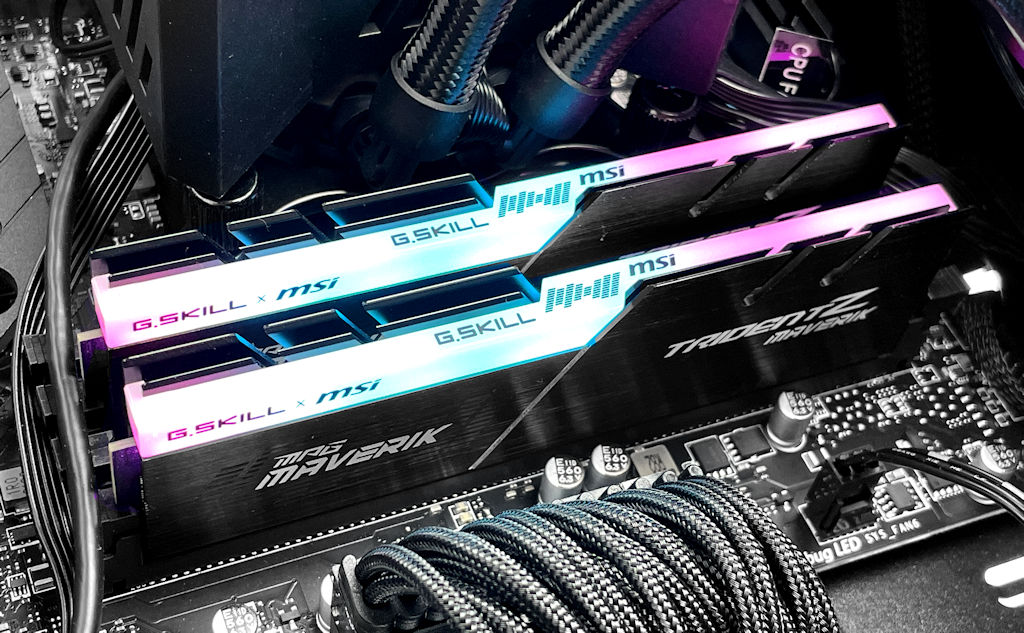 The memory adopts double-sided PCB. There are a total of 10 HYNIX CMR memory particles on both sides, the model is H5ANG8NCMR-VKC. The specification is DDR4-3600 CL18-22-22-42, supports Intel XMP 2.0 technology, and the working voltage is 1.2V.

No need to manage cables, installation is super simple 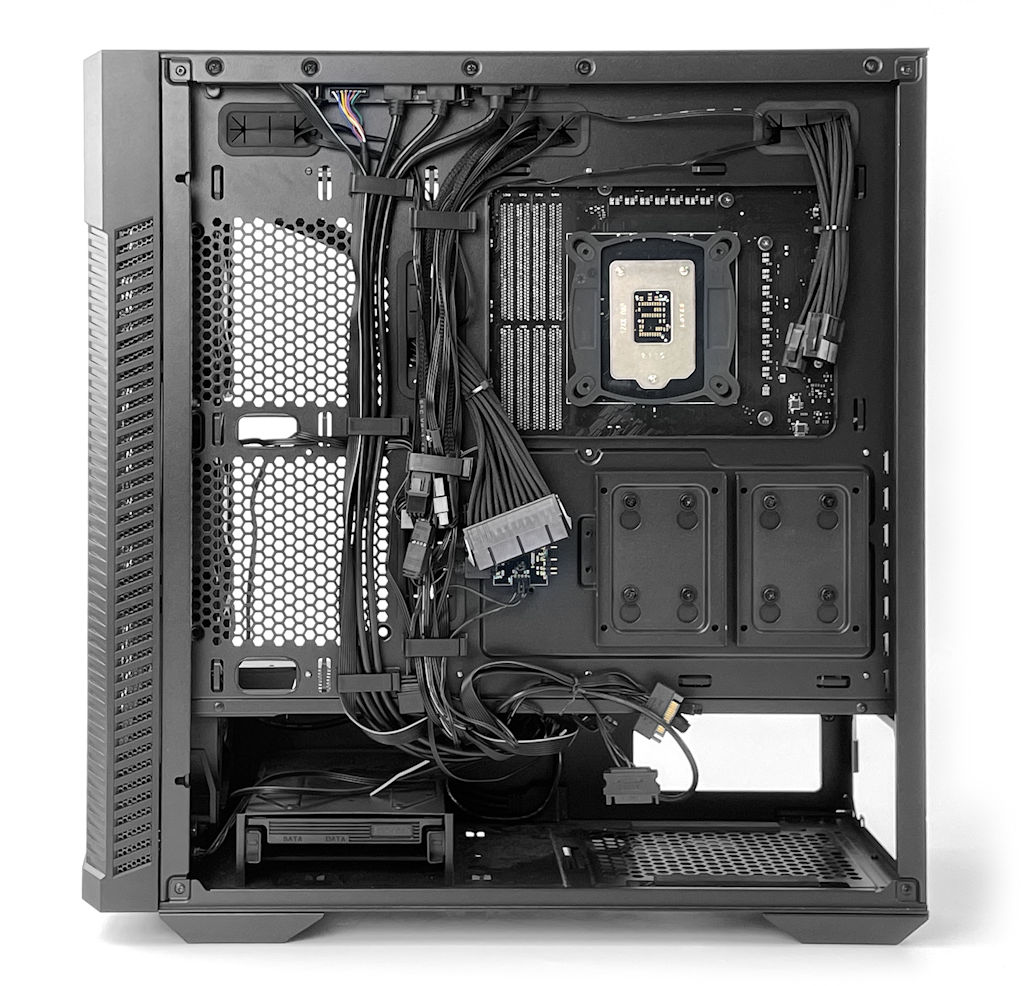 ▲ Wire management has been done in advance

The MPG Velox 100P Airflow SP case has a good cable management space, and the thickness of 22mm is convenient for players to collect cables. In order to make it easier for players to build, all cables have been sorted out, and players do not need to spend too much time installing. 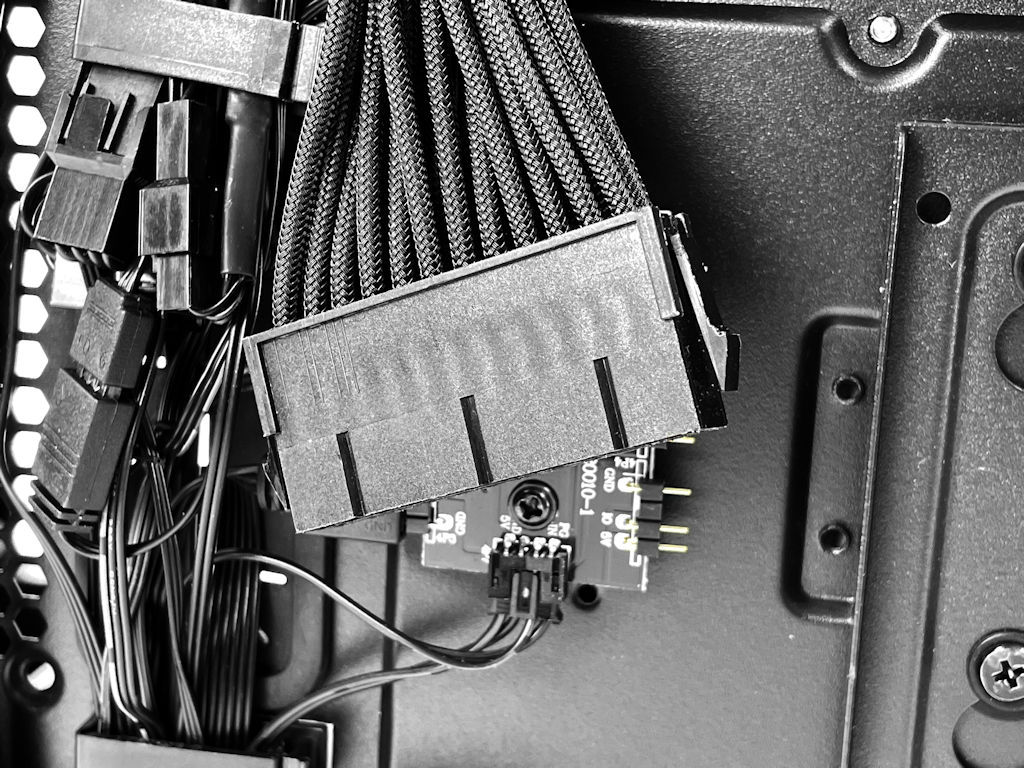 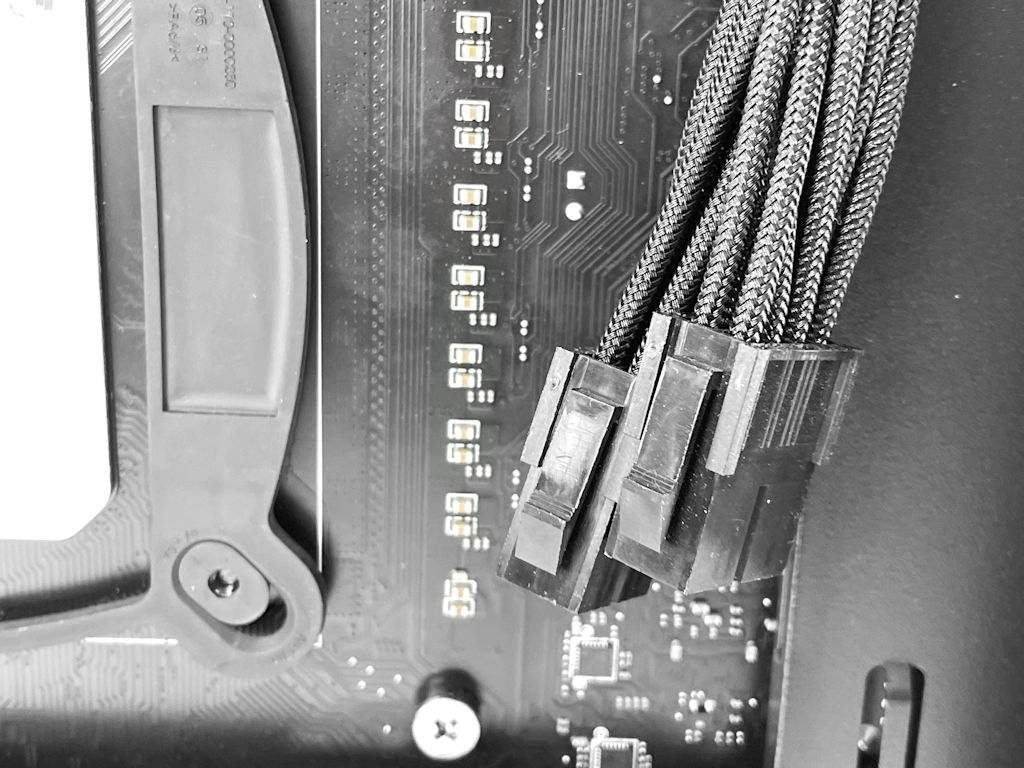 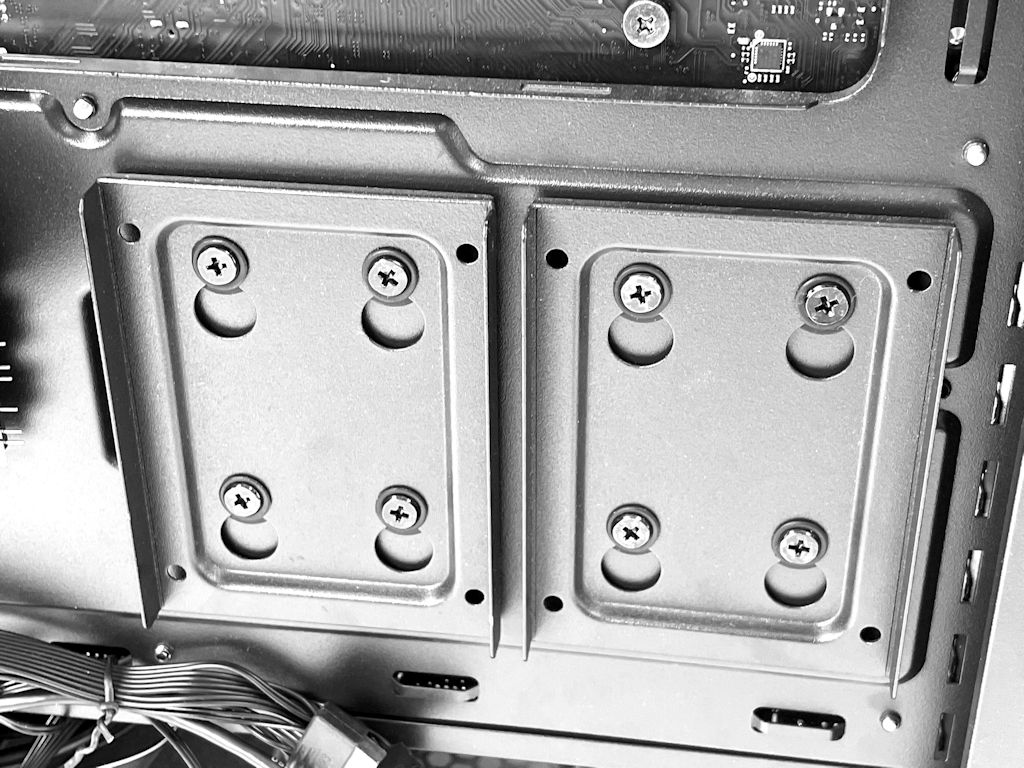 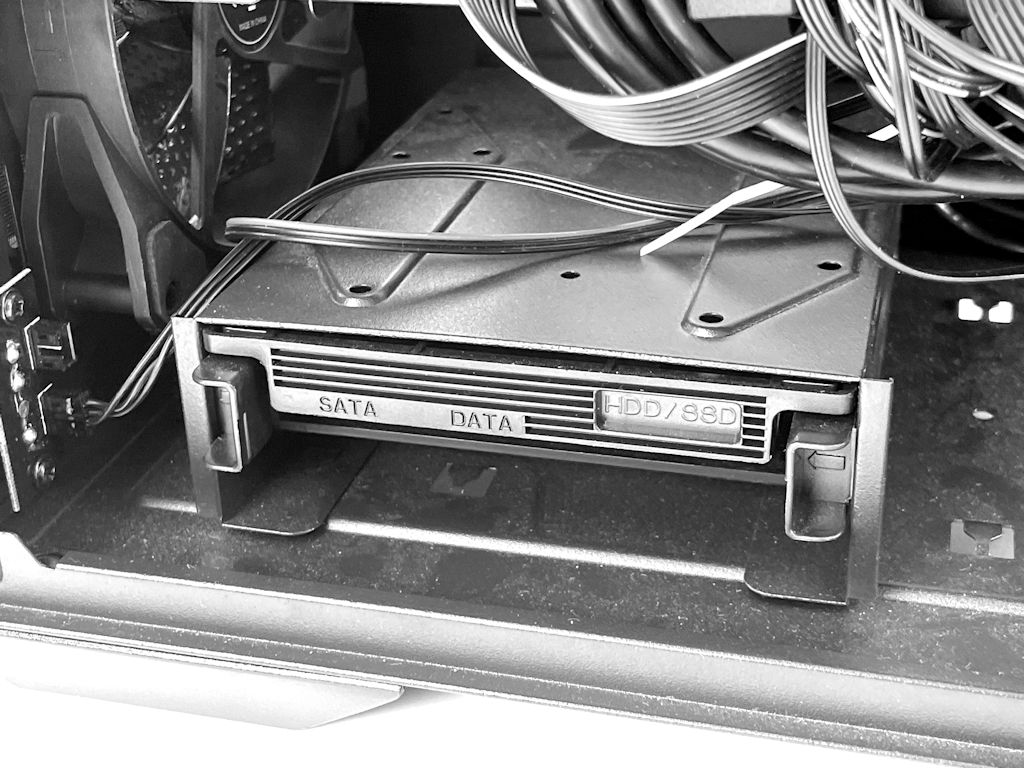 Two 2.5-inch SSD/HDD installation positions are provided on the cable management layer, and the attached silicone mounting bolts are mounted in a hook-and-loop style, which is quite convenient. There is 1 SSD/HDD mounting rack in the Chamber, which can install 2 3.5-inch HDD storage devices.

Price: HK$ to be confirmed

For MSI fans who want to build a family bucket, MPG Gaming Maverik will be equipped with MPG Velox 100P Airflow SP chassis, MPG Z590 Gaming EDGE WiFi SP motherboard, MPG Core Liquid K360 SP integrated water cooling, pre-installed with Intel Core i7-11700K processor and G.SKILL Trident Z Maverik DDR4-3600 32GB Kit memory, no need to worry about compatibility issues, and pre-built, users buy SSD / VGA with PSU and it will be messy, the agent will not be available for the time being. There are pricing, if reasonable it will be a good choice.

British media: Wu Kuntai arrived in the UK to apply for political asylum worries about being arrested due to the National Security Act | Position Report | Position News

Fixed a number of security issues in iOS14.7 / iPadOS14.7-iPhone Mania

March 12, 2021
We use cookies on our website to give you the most relevant experience by remembering your preferences and repeat visits. By clicking “Accept All”, you consent to the use of ALL the cookies. However, you may visit "Cookie Settings" to provide a controlled consent.
Cookie SettingsAccept All
Manage consent