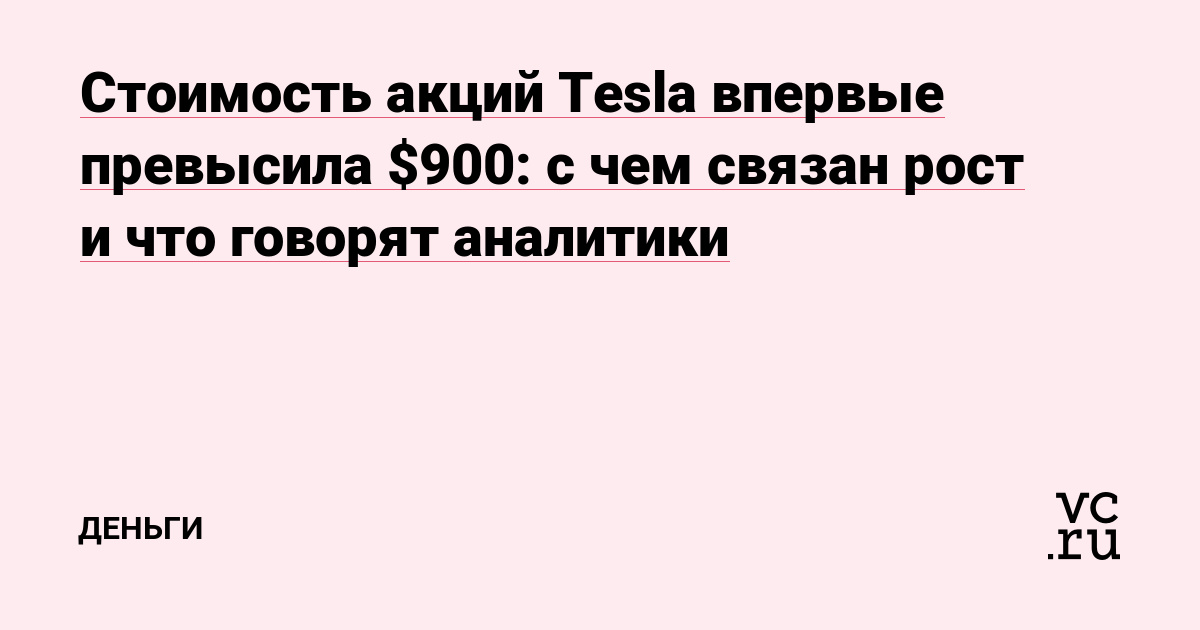 Stocks are rising amid successful year end and positive forecasts, but not all experts share a belief in the success of the company.

Why stocks are rising

At the end of January 2020, Tesla reported that in the fourth quarter of 2019, the supply of electric vehicles increased by 23% and amounted to 112 thousand, and by the end of the year reached a record 367 thousand. Thus, the company fulfilled the goal of shipping 360-400 thousand cars, which was set by Tesla CEO Ilon Musk. In 2020, the company plans to supply at least 500 thousand electric vehicles.

The second half of 2019 for Tesla was profitable – $ 143 million in the third quarter and $ 105 million in the fourth quarter. But never before has a company completed a full year with profit, for 2019 the loss amounted to $ 862 million.

Successful partnership with Panasonic and CATL

February 3, 2020, Panasonic announced that its joint production of batteries with Tesla in the fourth quarter of 2019 for the first time made a profit. The company did not disclose the exact figures.

In addition, Chinese electric vehicle battery manufacturer CATL said it has signed a supply agreement with Tesla for a factory in Shanghai.

Positive forecasts of a major shareholder

Baron’s Baron Capital company owns almost 1.63 million shares of Tesla or approximately 1%. The investor said that his company is not going to sell any shares of Tesla.

At the same time, analysts began to revise the target price for Tesla shares. On February 3, Argus Research analyst Bill Celesky raised his annual forecast from $ 556 to $ 808 per share with a “buy” recommendation. Before that, he predicted an increase in the value of shares from $ 396 to $ 556 in early January 2020.

Ark Invest Investment Company expects Tesla’s share price to reach between $ 4,000 and $ 7,000 apiece. The price of $ 420 per share makes the company underestimated, according to Ark Invest.

A sharp increase in shares leads to losses among those investors who bet on the fall of Tesla shares. Short positions are open for 18% of its publicly traded shares – this is the largest “short” among US companies, CNBC notes with reference to the analytical company S3 Analytics.

According to S3, only on February 3, holders of short positions lost almost $ 2.5 billion, and since the beginning of 2020, their losses amounted to $ 8.3 billion.

Some Wall Street analysts doubt the continued success of Tesla and fear that rapid growth may indicate a risk of a “bubble” in the stock market.

Morgan Stanley analyst Adam Jonas February 4 gave Tesla shares a “downgraded” rating and valued them at $ 360 apiece. His assessment is based on the forecast that the company will achieve 4 million sales by 2030 with an EBITDA margin of 15%.

Tesla is increasingly being rated as a technology company, rather than as a car maker, Jonas explained.

The analyst noted that 98% of all cars produced in the world are powered by internal combustion engines. At the same time, he added that at the last Super Bowl Cup there were four advertisements of different electric vehicles.

Good news for Facebook users … a new job for money. You only need your voice