The recent outbreak of an epidemic in Nanjing has a trend of spreading across the country, which raises concerns about the spread of the variant Delta virus.

The Boao Forum for Asia released the “Global New Crown Vaccine Application Vision Report” in Beijing on July 29. Shao Yiming, chief expert and researcher of the Chinese Center for Disease Control and Prevention, was interviewed by reporters and expressed his views on hot topics such as the current Nanjing epidemic and prevention of Delta delta mutant strains. Viewed.

Shao Yiming said that the Nanjing epidemic is still a small-scale epidemic caused by imported viruses in some areas. Under strong measures, it is believed that it can be quickly extinguished like some recent local epidemics. At present, the new crown vaccine in the world belongs to the secondary prevention in the WHO’s tertiary prevention standard, that is, prevention of disease. It is expected that Nanjing patients will still be infected after being vaccinated. The high transmission power of the Delta mutant strain is not terrible, and the domestic vaccine can still build an immune barrier. 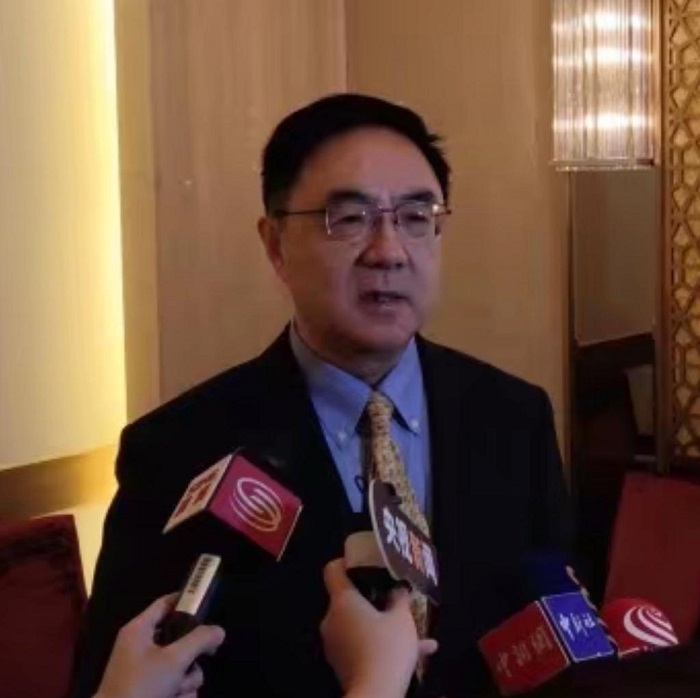 Shao Yiming, chief expert of the Chinese Center for Disease Control and Prevention.

Nanjing epidemic can be extinguished in a few weeks

Reporter: The Nanjing epidemic has spread to many provinces, infecting nearly 200 people. What do you think of the prospects for the prevention and control of the epidemic in Nanjing?

Shao Yiming: The current epidemic in Nanjing is imported from the outside, causing a small-scale epidemic in some parts of our country, which is not in the same order of magnitude as the epidemics currently occurring in other countries and regions in the world.

The outbreak in Nanjing was detected in a timely manner, and very intensive measures were taken. Judging from the practice of epidemic prevention and control in the second half of last year and the first half of this year, we can detect the epidemic early every time and take high-intensity measures to extinguish it in a short period of a few weeks. I believe that the epidemic in Nanjing this time It will be the same. In the future, the pressure of importing the epidemic will continue, but our prevention and control measures are also continuously strengthened.

Last year we had only conventional public health protection measures, but the vaccine has been available since the beginning of this year. We can now take a two-pronged approach to control the epidemic more effectively and quickly.

Reporter: The virus strain of the Nanjing epidemic is the Delta strain. On July 24, Nanjing officials reported that most of the people infected with the epidemic had been vaccinated. Why didn’t the vaccine work?

Shao Yiming: After being vaccinated, we will still see some breakthrough infections. This is what we expected.

No matter whether the protection rate of the new crown vaccine in the world is 90%, 80% or 70%, it is only secondary prevention, not primary prevention. There are still infections after vaccination. It should be said that it has also given us further strengthening of public health prevention and control measures and the use of vaccines. Some new problems have been raised. Related scientific research is speeding up. We will see this situation gradually. reduce.

In the face of the Delta strain, the Chinese vaccine can still build an immune barrier.

Reporter: The transmission coefficient of the Delta mutant strain has been greatly improved. Some people are worried that it may cause great obstacles to the realization of herd immunity through vaccines. In an environment where mutant viruses are spreading, can herd immunity still be achieved through vaccination?

Shao Yiming: As virologists, we are very concerned about these issues, but we do not feel panic or anxiety. The reason is “basic immunity.”

The current global new coronavirus vaccines are all developed based on the new coronavirus gene sequence that China announced on the Internet in January 2020 and shared with the world. The protective effect of the vaccine can form a strong basic immunity. People who have been vaccinated will have very good memory cells. When vaccinating again, whether it is strengthened with the vaccine of the early strain or the mutant strain, it can effectively wake up the memory cells and produce a very good protective effect.

We know that the formula for calculating the immune barrier is (1-1/R0×100%). The transmission coefficient R0 value of the early strain of the new coronavirus is 3, so about 66% of people need to be vaccinated to form an immune barrier. If R0 is increased to 4, the standard of the immune barrier will also be increased, which is achievable.

For example, measles is a viral infectious disease with a high R0 value. R0 has reached 19, but we still use the measles vaccine to build an immune barrier very effectively. In many countries, including China, measles is in a state of elimination. If the R0 value of the new coronavirus is increased from the current 3 by 20% to 30%, it is still a little over 3, our vaccine must still be able to build an immune barrier, and you don’t need to worry.

Song Jong-guk Digging for herbs and living as a natural person Giving up parental rights, not abandoning the children (‘The World of Scoops’)[MD리뷰]

The sacrament of marriage in the Catholic Church...

Australia, the United States and Britain establish a...