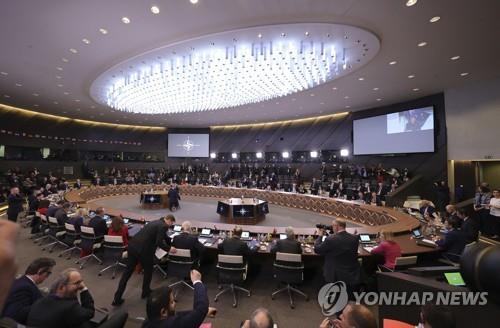 (Beijing = Yonhap News) Correspondent Kim Jin-bang = The Global Times, affiliated with the People’s Daily, the official newspaper of the Communist Party of China, introduced the views of Chinese experts on the 24th that it would be impossible for Japan and other NATO to participate.

The Global Times commented on the 24th that the heads of four countries – Korea, Japan, Australia, and New Zealand – will attend the NATO summit to be held in Madrid, Spain from the 29th to the 30th in a commentary on the 24th. It was expected that it would not be feasible for countries such as other countries to join NATO.”

Yang Yiwei, director of Renmin University’s Institute for International Studies, told the Global Times: “As the Russia-Ukraine conflict has led to higher energy prices and higher cost of living, the citizens of many NATO member states, including the United States, will not allow their governments to continue to find new enemies. “He said.

The newspaper introduced a Reuters report that Belgium’s consumer price inflation rose 9% in June due to the impact of the Ukraine conflict on supply chains and on energy and raw material prices.

“Even if some Asian countries want to join NATO, NATO will not accept it because of membership restrictions,” said Song Zhongping, a Chinese military expert. This is not being met,” he explained.

“Many NATO member states will not risk losing an important partner, ‘second economy’ China,” he added.

Dazgang, director of the Northeast Asian Research Center at the Heilongjiang Provincial Academy of Social Sciences, also said that the four countries — South Korea, Japan, Australia and New Zealand — would not explicitly target China. The theme will not be welcomed by Korea and New Zealand.”

The newspaper also pointed out that as NATO expands, more problems and conflicts will arise and internal divisions will arise.

“There is a division within NATO as to whether the Ukraine issue should be resolved through dialogue or whether it will continue to instigate conflict and provoke Russia,” the newspaper said. “Turkey is also opposed to Finland and Sweden joining NATO.” Introduced the opinions of experts.