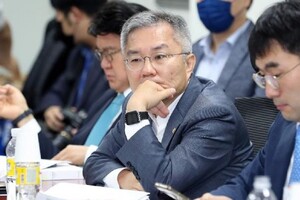 The front page of major morning newspapers on the 22nd is the news of ‘Successful Launch of the Nuri’. The Korean launch vehicle Nuri, developed with domestic technology, succeeded in placing an independently developed artificial satellite in orbit. South Korea became the 7th country to have the capability to launch a practical satellite weighing more than 1 ton on its own.

On the front page, major newspapers emphasized the opening of the ‘space age’ along with a photo of the launch of the Nuri spacecraft. The headline of the first page is as follows:

The Kyunghyang Shinmun, in an editorial, said, “The success of the Nuri launch is very meaningful in that we launched our artificial satellite as our launch vehicle from our launch site. said.

The Dong-A Ilbo evaluated, “Considering that the initial launch success rate of advanced space countries was around 30%, the successful launch of a rocket made with independent technology in just two times is an outstanding achievement.” The JoongAng Ilbo emphasized, “It is more important from now on,” and emphasized that as an immediate task, it is necessary to improve the performance of the Korean launch vehicle and increase its space capabilities through repeated successful launches.

The Ethics Tribunal of the Democratic Party of Korea has decided to impose a severe disciplinary action against Rep. Choi Kang-wook, who has been accused of making sexually harassing remarks during a videoconference, of ‘six months’ suspension of party membership.

In an editorial, the Kyunghyang Shinmun said, “Severe punishment against Rep. Choi is a natural consequence.” He claims that he did not make sexually harassing remarks, but looking at the circumstances of the incident and the victim’s statement, it can only be said that there were sexual harassment remarks. Rather, it is regrettable that we did not punish the situation for trying to cover up the sexual harassment remarks.”

The Kyunghyang Shinmun reported, “The Democratic Party should use this event as an opportunity to innovate the party. Some hardline lawmakers and supporters protest against Choi’s disciplinary action and are demanding its withdrawal, but the party has no future if it is guided by such opinions.”

The Chosun Ilbo strongly criticized the ‘party supporters’. The Chosun Ilbo published an editorial titled ‘Kang-wook Choi’s ‘Sweetie’ lie to the end and covered up the money and supporters,” saying, “The strong Democrats surrounded Rep. Choi and attacked the Ethics Judge and the former leadership. He defended a person who was sexually harassed and even lied to the end.” “The representative case of the Democratic Party and Kang Sung’s supporters denying even the obvious facts and making money for themselves was the homeland crisis. From then on, the Democratic Party began to move away from the public sentiment and acted as a starting point for losing power,” he said.

On the 21st, the Advisory Committee on Police System Improvement of the Ministry of Public Administration and Security announced a recommendation to establish a police control organization. The goal is to establish a ‘police department’ within the so-called Ministry of the Interior and Safety. The police will not operate independently, but will be under the direct control of the Ministry of Public Administration and Security. Until 1991, the Ministry of Home Affairs’ Security Headquarters directly controlled the police, but later became independent as an outside agency, the National Police Agency.

Many newspapers reported ‘concerns’. The Hankyoreh and the Kyunghyang Shinmun were concerned about a return to the ‘authoritarian era’. The Kyunghyang Shinmun said, “It is an anachronistic treatment that undermines the independence and political neutrality of the police and makes the investigative agency a de facto handmaiden of power. do,” he said.

The Hankyoreh also criticized the “regression reminiscent of the era of authoritarianism,” arguing that the ministerial duties are stipulated by law.

Both newspapers were concerned that Lee Sang-min, Minister of the Interior and Safety, was a close aide to President Yoon Seok-yeol. The Hankyoreh said, “The transition to a system in which the Minister of Public Administration and Security, who is a junior of President Yoon’s high school, directly administers the police following the takeover of the prosecution, is a regression reminiscent of the era of authoritarianism.” The Kyunghyang Shimbun said, “Recently, Minister Lee personally interviewed those who were promoted to public security officer, and if necessary, he would even hold an interview with the next chief of police,” said the Kyunghyang Shinmun.

Conservative newspapers were somewhat different. The Dong-A Ilbo said, “Ensuring the minister’s direct control over the police through administrative rules rather than legislation is an expedient act that undermines the legislative purpose that has been in place for over 30 years. We need to focus on reform,” he said. It is similar to the Hankyoreh and Kyunghyang Shinmun.

The Chosun Ilbo also expressed concerns, but the difference is that it emphasizing the purpose of checking the ‘dinosaur police’ and sympathizing with the government’s position. The Chosun Ilbo wrote an article conveying some concerns after highlighting the positive aspects through the article ‘External agencies can inspect in case of excessive police investigation’.

In addition, the Chosun Ilbo published an editorial ‘check the ‘dinosaur police’, but not to worry about intervening in the investigation, saying, “There is no theory that the checks on the ‘dinosaur police’, which have grown in organization and authority, should be strengthened.” It is absolutely necessary to contain the police, who suddenly gained strength in the process of being gagged.”

Read Also  Yoon Seok-yeol, who kept his promise to serve food, said, "I will come again when I take office."

“However, we must avoid saying that the government is trying to use the police as an excuse,” he added.

The Chosun Ilbo, which continued to report aggressively on former government-appointed persons such as Han Sang-hyeok, chairman of the Korea Communications Commission, published an article that focused on people from the Ministry of Justice’s ‘Minbyun’ (a group of lawyers for a democratic society).

The Chosun Ilbo reported, “Executives from Minbyun appointed by the Wen government… “The Ministry of Justice, who is preparing for the appointment of the prosecutors, is known to be in trouble because of the executives who came from outside through a public contest during the Moon Jae-in regime,” he said. Retirement is guaranteed even for outsiders when they become the director of the Ministry of Justice.

The Chosun Ilbo argued that the recruitment of ‘open positions’ from Minbyun was “an attempt to take over the Ministry of Justice by sending those who fit the regime and code,” and said, “You can change positions through personnel, but you cannot send them out unless you step down. ” reported.