For men, it is confirmed that it rises up to 1.2 times 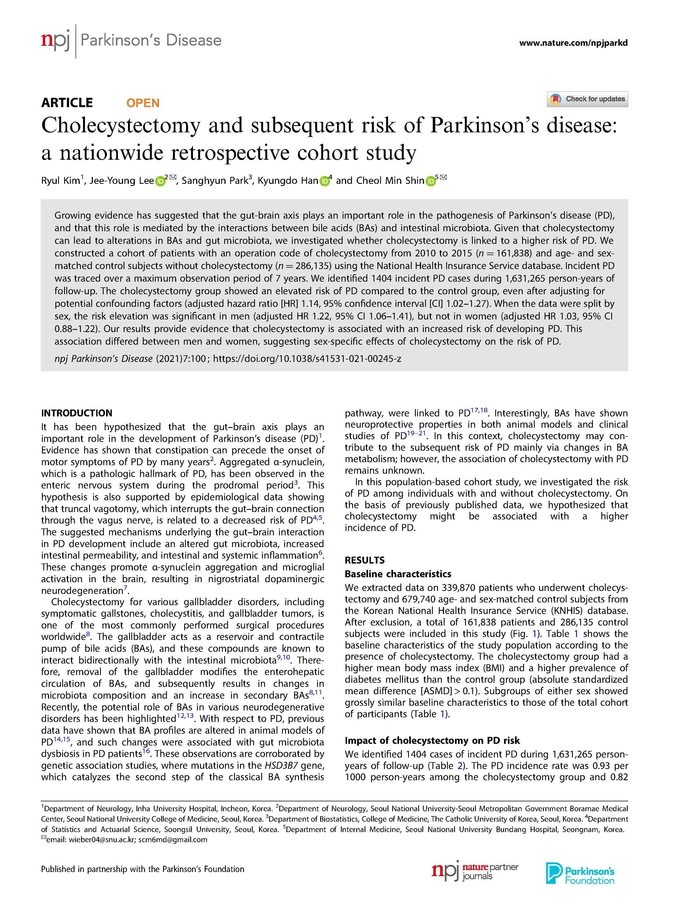 Parkinson’s disease is a disease that causes movement disorders such as stiffness, tremor, and tremor due to degeneration of cranial nerve cells, and gradually progresses to a gait disorder, resulting in major obstacles in daily life. is increasing to

The pathophysiological pathogenesis of Parkinson’s disease has been proposed in various ways, some of which are familial due to a single gene mutation, but most of them are non-hereditary, so it is considered to be a complex disease due to the influence of various mechanisms.

Recently, a joint research team led by Professor Jiyoung Lee of Neurology Department at Boramae Hospital and Professor Cheolmin Shin of Department of Gastroenterology at Seoul National University Bundang Hospital used an anonymized database of the National Health Insurance Corporation and worked with Dr. The risk of developing Parkinson’s disease due to cholecystectomy was studied by comparing and analyzing 1,838 patients and 296,135 patients who did not undergo cholecystectomy. 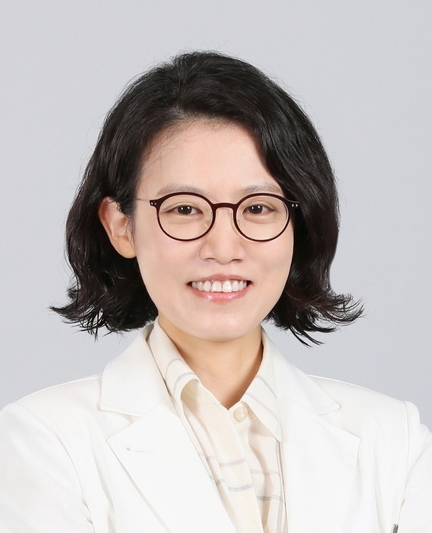 Professor Lee Ji-young said, “As this study is an epidemiological study using big data, there is a limitation in not being able to suggest a pathophysiological mechanism between cholecystectomy and the onset of Parkinson’s disease. It is very suggestive in that it suggested the possibility of a negative effect on the disease and that the increase in absolute risk was not large, but a significant effect was confirmed even after adjusting for various risk factors.” 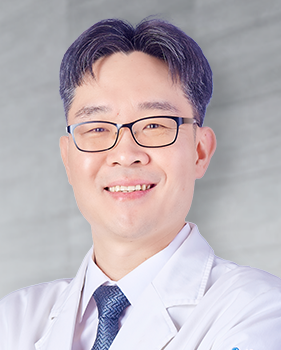 Professor Shin Cheol-min said, “Bile is known to have a great effect on the composition of intestinal microbes. When the gallbladder is removed through surgery, the metabolic process of bile is changed, and the composition of bile acids and the bile circulation pool in the human body are greatly changed. As a result, changes in the microflora in the intestinal tract can occur, leading to disturbance of the homeostasis of the intestinal microflora-gut-brain axis. There is a possibility that degeneration also has a negative effect, so it is necessary to expand mechanistic studies and clinical studies to prove this hypothesis in the future.”

Meanwhile, the results of this study were published in the latest online edition of ‘NPJ Parkinson’s Disease’, an international academic journal published by ‘Springer Nature’.

Kang-in Lee, an absurd replacement… Good interpretation of good performance ”For the selection of the next game” – NO.1 comprehensive sports media, Portal Korea