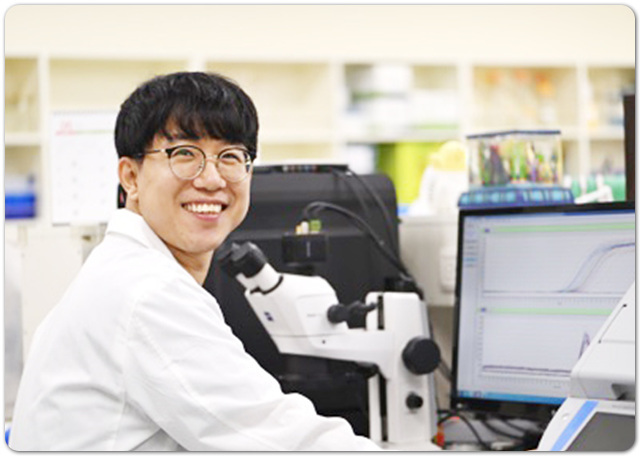 Chonnam National University’s master’s student is drawing attention as he shed new light on the mechanism of how the epidermis decomposes during the moulting process of insects.

Chonnam National University’s Myeongjin Kim (Department of Applied Biology. Advisor Professor Yasuyuki Arakane) experimentally proved that the LPMO gene is an essential enzyme for decomposing the chitin fiber of the ‘old cuticle’ during the moulting process of insects. He was published as the first author in ‘Biology’ (influence factor 6.268, top 8.1% in the field of biology).

According to the research, insects have an epidermis that protects themselves from external environmental stress and moisture evaporation.

In the past, it was known that chitin fibers, the main component of the epidermis, are decomposed by chitin degrading enzymes during this exfoliation process.

However, Myeong-Jin Kim, a master’s student, delaminates the ‘crystallized chitin fibers’ contained in the epidermis of the insect’s LPMO gene by an oxidative method and allows the chitin-degrading enzyme to bind well to the exfoliated chitin fibers. has been found to help.

In fact, when the research team performed gene silencing on the LPMO enzyme, the insect failed to molt and killed it, and confirmed that the chitin fiber, a component of the insect’s epidermis, could not be degraded. said to be effective.

This research was supported by the National Research Foundation’s Mid-Range Researcher Support Project and Regional University Outstanding Scientist Support Project, and was conducted jointly with Professor Qing Yang’s team at Dalian University of Science and Technology in China. For the analysis of the ultrafine structure of the insect epidermis, a transmission electron microscope for living organisms of Chonnam National University’s Joint Laboratory Habit was used.

Read Also  Afraid for 2 weeks, the province of the province. The amount of covids is rising from 3 factors. Must help tighten measures.
Facebook
Twitter
LinkedIn
Pinterest
Pocket
WhatsApp