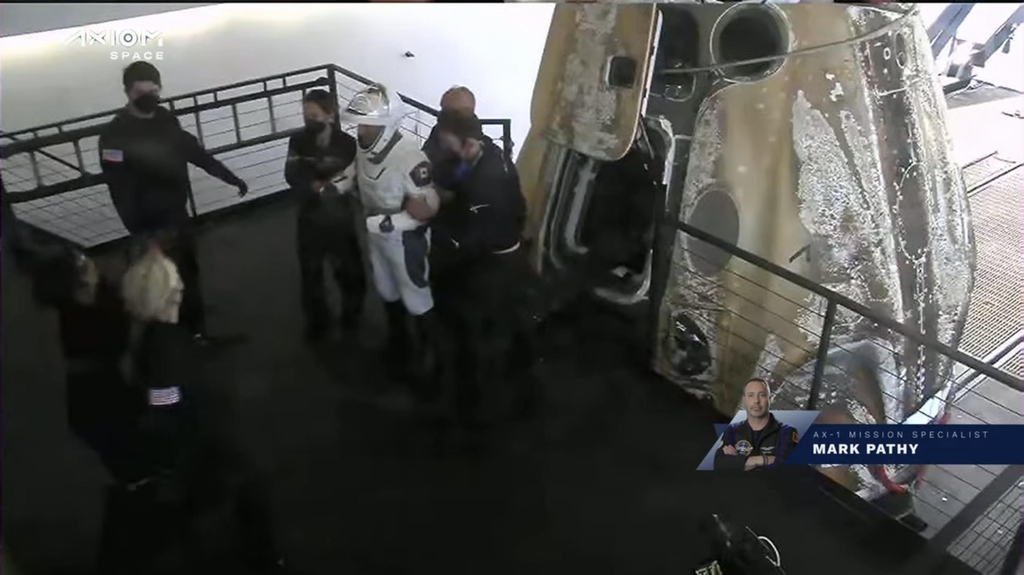 The Associated Press reported that four civilians who participated in the ‘AX-1’ mission of Axiom Space, an American company that is promoting a private space station, returned to Earth on the same day in a SpaceX manned capsule.

The spacecraft carrying them departed from the ISS the day before and, after a 16-hour flight, spread a parachute into the Atlantic Ocean off the coast of Florida, USA.

According to the Associated Press and Reuters, Axiom charges between $50 and $60 million (62.6 billion to 75.1 billion won) per seat on the space station, and these civilians each paid $55 million (68.9 billion won). )all.

They departed from Earth on the 8th and arrived at the space station on the 9th, and initially planned to stay for 8 days, but their return schedule was delayed due to bad weather, so they experienced space for 7 more days.

This is the first successful round trip trip to the space station by a crew composed entirely of civilians.

“Our amazing adventure was much longer and more exciting than I thought,” Lopez-Alegria said. “It was amazing in many ways and I think it will continue to have an impact on my life.”

Axiom, NASA and SpaceX evaluated the mission as a turning point in the expansion of the space-based private economy, which is called the ‘Low Earth Orbit (LEO) economy’.

NASA provided the Kennedy Space Center as the launch site for the spacecraft, and was responsible for the safety of civilians during their stay on the station.

During this trip, civilians conducted about 20 scientific experiments, biomedical research, and technology demonstrations.