Photos and specifications of Samsung Electronics’ new smart watch ‘Galaxy Watch 4 Classic’ have been leaked. The Galaxy Watch 4 series became a topic of discussion as it was worn by ‘volleyball empress’ Kim Yeon-kyung when she departed for the Tokyo Olympics.

On the 3rd, information technology (IT) tipster (information leaker) Max Weinbach released a picture of the actual device of the Galaxy Watch 4 Classic on his social network service (SNS). Two colors were introduced, black and silver, and an initial setting screen was displayed. In particular, the ‘physical rotating bezel ring’ that wrapped around the edge of the device stood out. By rotating the bezel, it seems that it is possible to operate the device, such as selecting an application (app) and moving a menu.

A new operating system (OS) ‘One UI Watch’ to be applied to the Galaxy Watch 4 was also unveiled. One UI Watch is an integrated OS of Google’s OS ‘Wear’ and Samsung’s own smart watch OS ‘Tizen’.

The Galaxy Watch 4 series is Samsung’s ambitious work to counter the Apple Watch. It is evaluated that the new OS greatly improved the connectivity and app compatibility between devices, which were considered weak points compared to the Apple Watch.

In addition, by supporting the Google Play Store, it is said that the apps compatible with smartphones have become more diversified, the running speed of the apps has been increased by up to 30%, and the battery performance has been significantly strengthened. Bioelectrical resistance analysis (BIA) sensors have been installed to improve health management functions. It is expected to be used for measuring body mass index (BMI), basal metabolic rate (BMR), and musculoskeletal mass.

The Samsung Galaxy Watch 4 series will be unveiled at the Galaxy Unpacked on the 11th. At this event, the next-generation foldable smartphone ‘Galaxy Z Fold 3’ and ‘Galaxy Z Flip 3’ and wireless earphone ‘Galaxy Buds 2’ are expected to be introduced together. 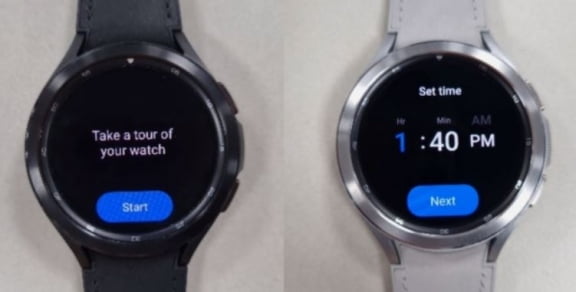 December 24, 2020
We use cookies on our website to give you the most relevant experience by remembering your preferences and repeat visits. By clicking “Accept All”, you consent to the use of ALL the cookies. However, you may visit "Cookie Settings" to provide a controlled consent.
Cookie SettingsAccept All
Manage consent