Corona 19 and the flu are coming at the same time this winter… Will vaccines solve the ‘twindemic’: Dong-A Science

The flu did not circulate as the COVID-19 epidemic last winter, but there are concerns that a ‘twindemic’ may appear this winter, in which both Corona 19 and the flu are prevalent. Because there was no epidemic last year, few people have natural immunity to the flu, and the vaccine against the flu that will be prevalent this winter may be less effective. Reporter Lee Jung-ah

The flu did not circulate due to the outbreak of the novel coronavirus infection (COVID-19) last winter, but it is predicted that a ‘twindemic’, in which both diseases are prevalent at the same time, may appear this winter. Because the flu did not spread last year, few people have natural immunity, and the effectiveness of the vaccine against the flu that will be prevalent this winter may be reduced.

According to major foreign media such as CNN, The New York Times, and the BBC, many infectious disease experts in the United States and the United Kingdom predict that the flu will be prevalent this winter, unlike last winter. In order to prevent the spread of COVID-19 last year, most of them followed personal hygiene rules such as wearing a mask and washing hands well, and social distancing was practiced nationally. This means that the number of people infected with COVID-19 as well as the number of flu patients infected with the influenza virus will increase.

William Schaffner, medical director at the National Infectious Diseases Foundation of the United States (professor of the Department of Infectious Diseases at Vanderbilt University), said, “Unlike last year, the flu is expected to be prevalent this year, and it will become a twin pandemic along with COVID-19. will be,” he speculated. Michelle Barron, chief medical officer at the Center for Infection Prevention and Control at the University of Colorado School of Medicine, said, “Like the swine flu epidemic in 2009, there has been a vicious flu epidemic with an average 10-year cycle. Experts recommend getting both the COVID-19 vaccine and the flu vaccine if possible.

Professor Kim Woo-joo of the Department of Infectious Diseases at Korea University Guro Hospital said, “The flu epidemic will also change depending on the trend of the Corona 19 epidemic this winter.” He said, “If the majority of people adhere to personal rules such as wearing masks and reinforce social distancing as in November and December of last year, it is difficult for the flu to spread.” If the number of people who don’t do it increases and the quarantine is eased, there is a possibility that it will become a big epidemic.”

Professor Kim said, “In order for the flu to not spread, the natural immunity of those who had the flu in previous years and who recovered from it should be sufficient,” Professor Kim said. 19, the longer it lasted, less interest in flu vaccines,” he said. In fact, SK Bioscience, which developed a flu vaccine every year and put it on the market, said it would focus on developing a COVID-19 vaccine and stopped production of the flu vaccine early.

Even if you receive the flu vaccine, there are concerns that this vaccine will not be as effective as the virus that is actually prevalent this winter. Every year, the World Health Organization (WHO) selects and announces the virus strains that will be prevalent in the winter in the northern hemisphere six months later based on the genetic information of the influenza virus that was prevalent in the winter (summer of the northern hemisphere) in the southern hemisphere. Then, various pharmaceutical companies around the world develop flu vaccines for that year for six months based on this information. This is why you need to get a new vaccine every year to prevent the flu. However, there is little information about the virus that will spread this winter as the global flu pandemic did not occur due to the COVID-19 pandemic last year.

Experts are looking forward to the messenger ribonucleic acid (mRNA) vaccine currently being developed by pharmaceutical companies. Pfizer, a US pharmaceutical company, announced on the 27th (local time) that it has developed a flu mRNA vaccine and has begun clinical trials on 600 elderly people aged 65 to 85 in the US. Pfizer, in collaboration with German BioNtech, created an mRNA vaccine against COVID-19 and received FDA approval for the first time as a COVID-19 vaccine and as an mRNA vaccine. Compared to other vaccine platforms, mRNA vaccines have excellent preventive effects and can be developed quickly.

Professor Kim said, “The flu vaccine currently commercialized by the WHO, based on the information released by the WHO at the end of February every year, goes through a development process for about six months and goes on sale around September. “He said. He said, “If influenza mRNA vaccine is commercialized, even if a virus strain that will be prevalent this winter is selected around June or July, it can be released in September,” he said. would,” he expected.

Experts believe that it will be difficult to get a flu mRNA vaccine right away this fall and winter, as pharmaceutical companies have started clinical trials in the middle of this year. However, it is expected that mRNA vaccines will play an important role in reducing the risk of developing a twin-demic due to COVID-19 and influenza, which are likely to become seasonal or endemic in the future. 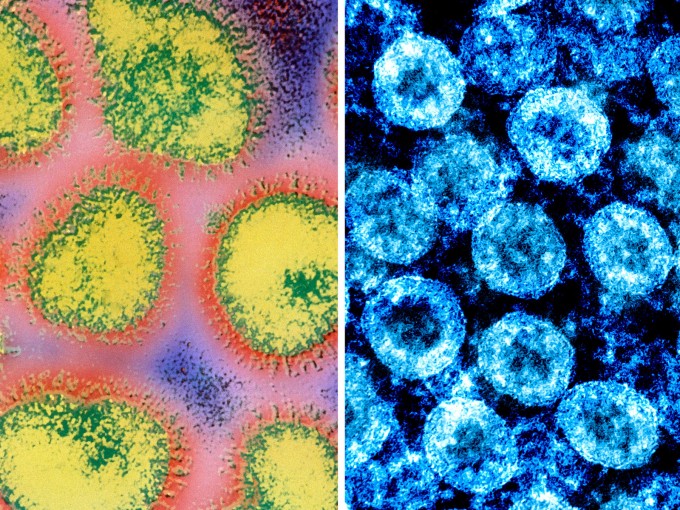 Yuki Tsunoda “Because it is the last year...

The difference in “judgment” felt by Atsunobu Hirao...

Rheumatoid arthritis, 56% improvement within 1 year of...