A customer goes through the quarantine pass verification process at the Lotte Department Store main store on the 14th. yunhap newsThe court suspended the effectiveness of the Corona 19 quarantine pass (vaccination certificate, negative confirmation system) for supermarkets and department stores in Seoul. Quarantine passes are maintained at restaurants and cafes. By age, teenagers aged 12 to 18 in Seoul can use all 17 types of facilities without a quarantine pass.

On the 14th, the Seoul Administrative Court’s 4th Administrative Division (Chief Judge Han Won-kyo) cited part of the application for suspension of execution (suspension of effect) submitted by 1,023 people, including Professor Jo Doo-hyeong of Yeungnam University Medical School, medical figures, and religious people, against the mayor of Seoul on the 14th. With this decision, the effectiveness of quarantine pass measures applied to stores, marts, and department stores larger than 3,000 square meters in Seoul will be suspended. In addition, for teenagers aged 12 to 18, the effectiveness of the quarantine pass is suspended at all 17 types of facilities.

On the other hand, in other facilities such as restaurants/cafes, movie theaters/performance halls, multi-rooms, PC rooms, sports halls, museums, art galleries, science halls, libraries, indoor sports facilities, and party rooms, the quarantine pass for those over 18 years of age is the same as before. remains as it is However, this decision is limited to the announcement of the Seoul Metropolitan Government and does not apply to other regions. The period of suspension is until the 30th day after the judgment of the first trial of the relevant case is pronounced.

As a result, the court held that the individual’s right to pursue happiness was valued more than the public welfare of the state. The court said, “It is clear that the disposition in this case is, in itself, a disposition that limits the basic rights, such as the right to pursue happiness, of unvaccinated people. The contents cannot be infringed, and the restrictions must be done carefully within the scope of keeping the limits of △suitability of means, △first infringement, and △proportionality.”

The court also said, “In the case of restaurants and cafes, it is difficult to wear a mask, so the risk of infection is high compared to other multi-use facilities. It can be seen that the risk is relatively low.” He continued, “It is an ‘excessive restriction’ to uniformly include shops, marts, and department stores as targets for the quarantine pass to give a disadvantage of restricting access to the above facilities, which are essential for basic living, to those who have not been vaccinated. “It is difficult to conclude that not applying the quarantine pass to the above facilities will cause significant adverse effects on public welfare, such as an increase in the severity of COVID-19.”

Why did the court decide to suspend quarantine pass for teenagers?

Reporter Hwang Jin-hwanThe court judged that the evidence for the quarantine pass for teenagers between the ages of 12 and 18 was insufficient. The court said, “It is difficult to see that it is a reasonable restriction to apply the quarantine pass to teenagers between the ages of 12 and 18 who have a remarkably low rate of aggravation due to COVID-19 infection and have no deaths.” According to the statistics submitted by the head of the Quality Control Agency, from April 3 to December 25 last year, among the 52,397 total confirmed cases between the ages of 10 and 19, 21 were in critical condition and 0 died.

Adverse reactions due to side effects of vaccines and the long-term effect of vaccination on the body were not precisely known, which also affected the suspension of the quarantine pass for adolescents. In such an uncertain environment, he emphasized that the need to guarantee the right to self-determination to decide whether or not to receive the corona vaccine by taking into account various circumstances such as individual health status and the possibility of infection is greater than that of adults. The court said, “Considering that even if a youth is infected with COVID-19, the likelihood of it leading to serious illness is significantly reduced, there is a significant adverse effect on public welfare, such as an increase in the severity of Corona 19 because the quarantine pass is not applied to teenagers in the above age group. It does not appear to cause any

Is it only Seoul and not other areas? Lawsuits are likely to follow in other municipalities as well.

The court said, “The act of the Minister of Health and Welfare drafting quarantine pass-related quarantine rules or commanding mayors and provincial governors to implement the quarantine pass in the position of the head of the Central Accident Management Headquarters, He said, “Each act cannot be regarded as an administrative disposition,” he said.

Do you want to fill in the gaps Min-kyu Song and Chang-hoon Kwon, Heung-min Son and Hee-chan Hwang?

Active in the evaluation match against Iceland, Proving sufficient competitiveness with Plan B Coach Bento’s concerns are expected to deepen due to the strong performances 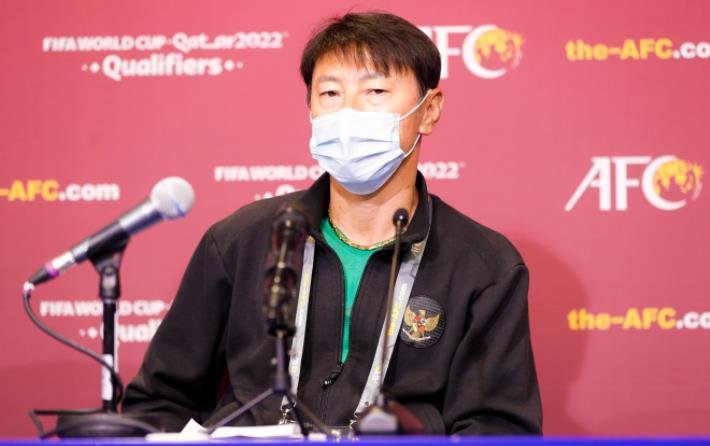