Crossing the water of ‘removing quarantine for confirmed cases’ within the year… Manage like the flu When? 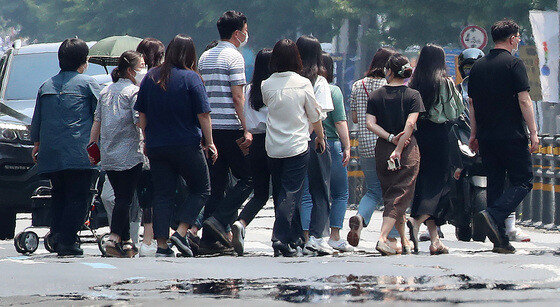 The government has decided to extend the duty to quarantine for 7 days in case of COVID-19 infection by 4 weeks. In order to review whether quarantine should be lifted in the future, a standard has been set that the number of confirmed cases and the fatality rate should fall further than now.

However, it is analyzed that it will be practically difficult to lift the quarantine obligation within this year. This is because both the government and experts believe that the possibility of re-spreading from this summer is high. At least this year, there is an observation that Corona 19 can be treated as an endemic disease like the flu (influenza).

According to the Central Quarantine Countermeasures Headquarters on the 19th, quarantine authorities will maintain the ‘7-day quarantine’ of confirmed patients for 4 weeks from the 20th to the 17th of July. From now on, it will review whether it meets certain criteria every four weeks and decide whether to lift the quarantine obligation.

The current fashion situation has a strong feeling that it is on the borderline of the standard, but there is a view that it will move away from this standard in the next four weeks.

Considering that the vaccine is effective for about 4 months, the risk of infection increases considerably from July for those who received a lot of third doses earlier this year. The concern is even greater when considering the environmental factors and the influx of mutant viruses that attract many people to an air-conditioned room in summer.

The government explained on the 17th that “the amount of damage caused by the lifting of the quarantine obligation can be quantified relatively clearly, such as predicting an increase in the number of deaths, but it is difficult to clearly quantify the benefits that can be obtained from the lifting.”

In order to enable the ultimate goal of ‘managing Corona 19 like the flu’, including the lifting of the quarantine obligation, it is observed that at least the cold year-end, when there are many confirmed cases, will have to pass.

Professor Kim Woo-joo of the Department of Infectious Diseases at Korea University Guro Hospital said, “Considering the re-infection, it is right to maintain the 7-day quarantine for a while.” .