‘Cult of the Ram’ Spotted as Steam’s Next Generation Hero 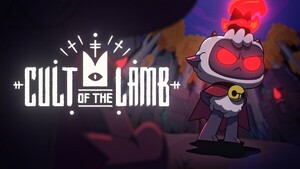 While Steam is currently running ‘Steam Next Fest’, which introduces hundreds of new releases scheduled to be released in the future through trial versions and live streaming, an indie game boasting unrivaled popularity is a hot topic. Devolver Digital’s upcoming action genre new ‘Cult of the Ram’ is the main character.

‘Cult of the Ram’ is a new work by Meshive Monster, which introduced platformer genre indie games ‘Never Give Up’ and ‘The Adventure Pals’, and is a new work that emphasizes action elements such as dungeon crawling and exploration.
The biggest feature of the game can be found in its unique concept and worldview. Yang, the protagonist, builds his own religion and gathers believers, while venturing to various regions and constantly fighting to punish the infidels who violate his doctrine. In addition, while various monsters and gods appear in the game, occult bizarre rituals and mysterious atmosphere fill the entire worldview.
In particular, the part where the characteristic charm of the game is most clearly revealed can be found in the design style. The worldview and gameplay have a very dark atmosphere, while the main characters such as the main character Yang and the believers are very lovable and cute.

As such, ‘Cult of the Ram’ seems to create an explosive synergy effect as the worldview, gameplay, and design seem to match each other, or charms that do not seem to fit together.
‘Steam Next Fest’, which started on the 14th, is heading towards the 21st, the last day of the event, while ‘Cult of the Ram’ is at the top of various rankings and is being reborn as the most popular game of the event. ‘Cult of the Ram’ occupies the top spot on the leaderboards, including popular upcoming games, most-requested games, and the number of daily active trial players (as of the afternoon of the 20th).
In particular, as the official Korean subtitles are supported in the language support list, it is emerging as a hot topic among the domestic indie game fanbase.

Meanwhile, ‘Cult of the Ram’ is scheduled to be officially released on PC, PS4, PS5, Xbox One, Xbox Series X/S, and Nintendo Switch on August 12th.