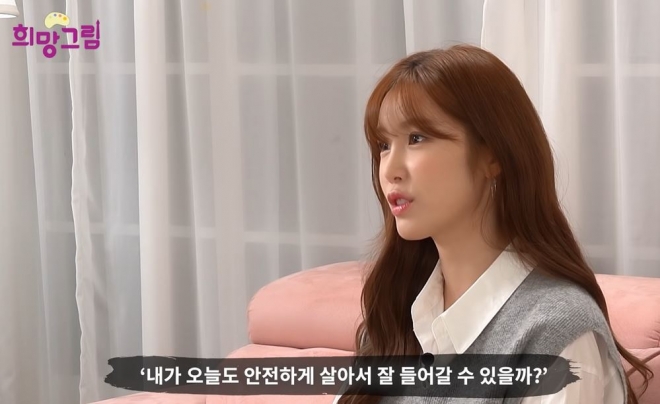 In the campaign of the Ministry of Gender Equality and Family, where various people who draw a safe daily life gather to deliver hope for the eradication of gender violence, some men say ‘dislike’ and “fear of non-existent crimes and incite fear is a kind of male hatred.” He is posting malicious comments to singer Hyosung Jeon, who participated in the campaign.

Hyosung Jeon appeared on the official YouTube channel of the Ministry of Gender Equality and Family on the 25th and participated in the ‘Hope Picture Campaign’ to convey hope for the eradication of gender violence. My heart ached a lot. If there is a campaign that can be of some help, I thought that I would like to work with him.”

Regarding ‘date violence’, Hyosung Jeon said, “Because of the generous atmosphere, the reason for the crime can be found in the victim. I don’t think it’s right to get attention. We need to change our perspective to be generous,” he said.

Hyosung Jeon said, “It often happens when the perpetrators try to satisfy their own deficiencies in others. It seems that many people do not even realize that there is a deficiency,” he pointed out. I hope that practical solutions, such as learning about such issues or receiving counseling, can be actively implemented in society.”

Hyosung Jeon said, “Every time I go home late at night, I worry about whether I can live safely today and go in well. “I think a society in which we have the freedom to break up when we want to break up is a safe society,” he said.

Dating violence has become a serious problem in Korean society, with over 80,000 reported cases in the last five years. The level of dating violence, which is increasing every year, is also increasing. There were 61,133 reports of high levels of damage, such as murder and sexual violence, assault and injury, arrest, detention, and threats.

To female celebrities who want to eradicate violence, malicious comments from some men attacking female celebrities, saying, “The expression ‘I survived today’ is a term used by feminists” and “There are very few countries in the world with better security than Korea” is not a thing of the past. . Na-eun Son was criticized for posting a picture of a phone case for a brand she was advertising, but was criticized for saying “girls can do anything” and had to take down the post and explain.

Currently, there are over 4000 comments on the campaign video for the leisure department. “It’s bittersweet to have to be brave and tell a story even though it’s so natural,” he said. “It’s a video that tells us that dating violence is a crime and should never happen. I hope that we will become a society where mothers, daughters, and girls can all live in a safe society.”

Person B, who is accused of confinement and murder of friend A in an officetel in Mapo-gu, attends the interrogation of the suspect before arrest (warrant substantive examination) held at the Seoul Western District Court in Mapo-gu, Seoul on the morning of the 15th. 2021.6.15 Yonhap News” style=”padding:0px;margin:0px”> 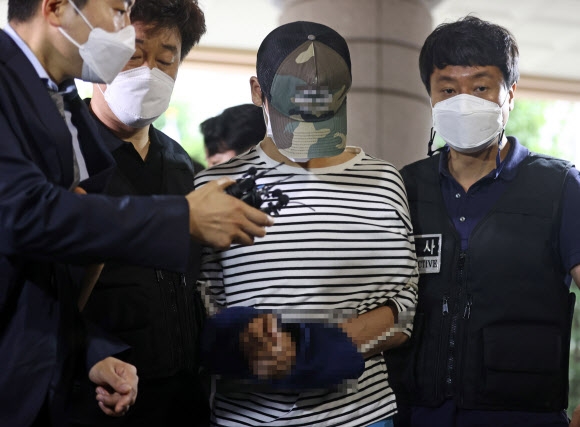 ▲ Mapo date violence death case
Person B, who is accused of confinement and murder of friend A in an officetel in Mapo-gu, attends the interrogation of the suspect before arrest (warrant substantive examination) held at the Seoul Western District Court in Mapo-gu, Seoul on the morning of the 15th. 2021.6.15 Yonhap News

The suspect in the Mapo date violence death case, which severely assaulted his girlfriend, was recently handed over to trial on charges of injury and death. A 31-year-old Lee (31-year-old) assaulted the victim’s head, Hwang Ye-jin (26), several times in an officetel in Mapo-gu, Seoul on July 25, inflicting brain hemorrhage and other injuries. Hwang was taken to the hospital, but died during treatment on August 17th.

After further investigation of Mr. Lee, whose arrest warrant had been rejected once, the police changed the charge of injury to that of murder and reapplied the arrest warrant, and the warrant was issued on the 15th of last month. The incident became known when Hwang’s mother urged Lee to be severely punished on the bulletin board of the Blue House petition in August. About 530,000 people signed the petition, which closed on the 24th of last month.

The mother revealed the face and name of her deceased daughter, urging the perpetrators to be severely punished. The family is demanding that the victim’s lips swell, stomach bleeding, fractured ribs, and lung damage, resulting in death due to additional assault inside the building.

The survivors cite the fact that the assailant assaulted the victim several times, that he did not take immediate action while reporting 119, that he continued to violence by dragging the victim even after he collapsed, that he made a false 112 report and informed the medical staff of the false facts. “The perpetrator had unwritten intent to kill, and he should be punished for murder.” 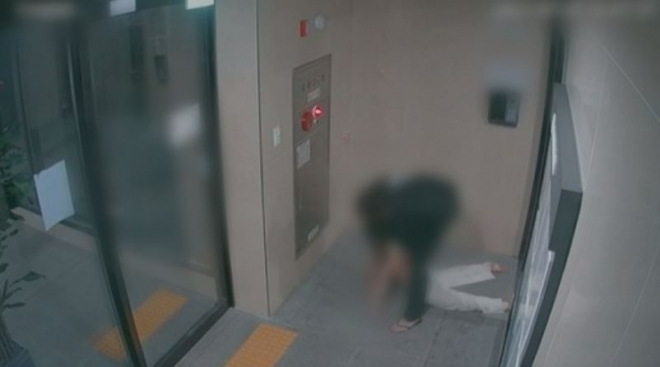 ▲ Ye-jin collapsed as if he had suffered a head injury, but the man lost consciousness and dragged Ye-jin, who had collapsed, without any thought of first aid. Provided by SBS

Kim Byung-hyun, who once had an annual salary of 23.7 billion won, has no money… Lee Kyung-gyu and Lee Deok-hwa blew up election funds to combine urban fishermen 3

Choi Jeong-yoon, the daughter-in-law of a chaebol family,...

‘Aishwarya gave me permission to act after marriage...

Relive the Amata song at the Muang...

Abandoned on the way, repulsed by the...