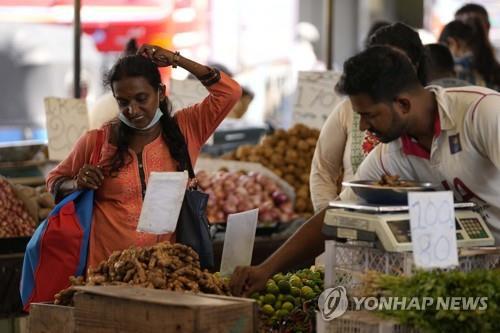 In Sri Lanka, where the national bankruptcy has occurred, prices have skyrocketed, putting a greater burden on the local economy.

According to the Central Bank of Sri Lanka on the 22nd (local time), the consumer price index of Sri Lanka soared 45.3% compared to the same period last year.

The monthly consumer price index in Sri Lanka has been rising sharply every month, such as 17.5% in February, 21.5% in March and 33.8% in April, but the situation has worsened last month.

Food prices in May soared 58.0% from the same period last year, and transportation prices soared 76.7% due to the recent burden of price hikes for gasoline and diesel.

Prices for restaurants and hotels also increased by 61.3%.

Experts predict that this upward trend will continue for the foreseeable future.

Laxini Fernando, a macroeconomic expert at Asia Securities, told Reuters that there were also inflationary pressures in June, including high transportation costs.

On April 12, the authorities declared ‘temporary default (default)’, saying that external debt repayment would be deferred until negotiations for a bailout aid with the International Monetary Fund (IMF) were completed, and entered an official default state from the 18th of last month. .

The Sri Lankan government resumed negotiations with the IMF delegation in Colombo on the 20th while drawing emergency funds from India, China and the World Bank (WB).

Sri Lanka is said to be expecting $3 billion in bailout aid from the negotiations.

At the same time, the Sri Lankan government has been sued by Hamilton Reserve Bank for suspending debt repayment.

In a complaint filed with the New York District Court, Hamilton Reserve Bank demanded that the Sri Lankan government pay $257 million (about 330 billion won) of government bond-related expenses, including principal and interest.