Top Posts
‘Volleyball Empress’ Kim Yeon-kyung, both teams’ most ’17...
Webb Space Telescope: How to see the universe...
Chaebol heads don’t make political statements? Jung Yong-jin...
[정치]NIS personnel at the end of the term...
Kovid’s Omikron variant is also available in Germany...
100 full points. Jom Vo is the champion.
Chili and salt EP.10 “Jed” is still stubborn....
Joo Ji-hoon said, “Why don’t kids study English...
UP and Bihar to hand over villages to...
Historical achievement; There is not a single person...
Home Sports Director of PAOK “Twins were bullied 9 years ago… It is not a sin to die.”
Sports

Director of PAOK “Twins were bullied 9 years ago… It is not a sin to die.”

Greek women’s volleyball team PAOK is breaking through negative public opinion about twins Lee Jae-young and Lee Da-young (25) head-on. The two sisters arrived in Greece on the 17th (Korean time) and are digesting their schedules as PAOK players.

PAOK General Manager Costas Amoridis appeared on Greek radio program ‘Metropolis’ on the 20th and said, “Even if I did something wrong, it was my school days (not recently). Do I have to come and die now?” he asked.

Lee Jae-young Lee Da-young was found to be a perpetrator of school violence in February and was disqualified from the national team by the Korea Volleyball Association. Incheon Heungkuk Life Pink Spiders were effectively released as they gave up their registration for the 2021-22 V League.

Amoridis said, “I have no intention of denying the problem, but the two of them are only in trouble when they are 25 because they bullied someone when they were 16. I don’t think I committed the sin of death 9 years ago. It is with me and the club the responsibility to keep the twins nervous and anxious because of their worries.”

PAOK brought the two sisters 139 days (4 months and 17 days) after the Turkish sports agency CAAN announced on June 11 that “Dayoung has signed a contract with the Greek team”. The International Volleyball Federation (FIVB) approved the international transfer on September 29, but it took another month to enter Greece.

The Korea Volleyball Association has refused to issue a PAOK membership agreement on the basis of Article 3, Paragraph 2 of the ‘International Transfer Regulations’, which states that “Korean players who cause social controversy due to their unsavory behavior will be restricted from qualifying for overseas advancement.” The twins received a work visa from the Greek Ministry of Labor on the basis of FIVB approval and left the country. 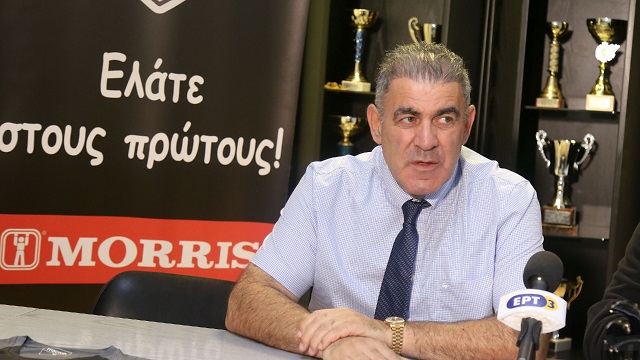