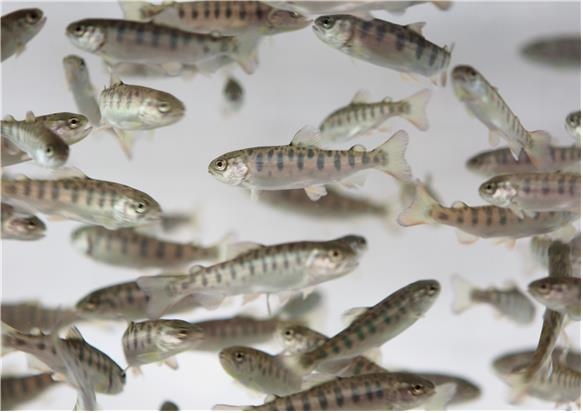 The National Institute of Biological Resources announced on the 21st that it has secured ‘undifferentiated cell culture technology’ for three types of fish: the sancheoneo, a biomarker species for climate change, the miho species, a class 1 endangered wild animal, and the eel, an endangered species on the IUCN Red List.

Undifferentiated cells undergo meiosis in the gonad to develop into sperm and egg.

The research team at the Resource Center succeeded in fertilizing undifferentiated sancheoneo cells frozen in the ‘Wildlife Gene Resource Bank’ in a culture dish by subculture and propagating them, transplanting them into ‘surrogate parents’ to make eggs and sperm, and then fertilizing them to give birth to a new sancheoneo. did.

Next, the research team secured the subculture technology of undifferentiated cells of Miho species and eels using the technology obtained from Sancheoneo.

The research team submitted their research results to the International Journal of Research in Biochemistry and Biophysics (BBRC) earlier this month and is about to apply for a patent. There have been previous studies of sub-culturing undifferentiated fish cells to proliferate indefinitely without modification, but the study of using them to propagate an individual is known for the first time in Korea.

If an individual can be proliferated using undifferentiated cells, it is possible to prepare for the risk of a specific species disappearing at once due to a disease or natural disaster. This is because undifferentiated cells can be frozen and preserved, thawed when necessary, and used for species restoration.