Drone taxis are safer, missiles are more precise… Launch of Air Satellite No. 1 ‘within 1m of GPS error’ : Dong-A Science 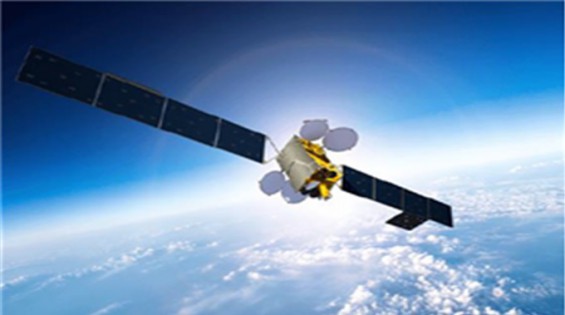 Aviation satellite No. 1 to provide precise location information services throughout Korea was successfully launched on the 23rd at the Kuru Space Center in Guiana, South America. Provided by the Ministry of Land, Infrastructure and Transport

The first aviation satellite to provide accurate location information throughout the country successfully went into space on the 23rd. When full-scale operation starts next year, Korea will become the 7th country in the world to have a system that provides precise and reliable location information not only in the aviation field, but also in strategic fields such as defense, logistics, autonomous driving, and urban air traffic (UAM).

The Ministry of Land, Infrastructure and Transport announced on the 23rd that at 6:50 a.m. (Korean time), Aviation Satellite No. 1 was successfully launched aboard the Ariane 5 rocket from the Kuru Space Center in French Guiana in South America.

The Ministry of Land, Infrastructure and Transport explained that Aviation Satellite Unit 1 was successfully separated from the launch vehicle at 7:18 am, about 28 minutes after launch, after undergoing processes such as separation of the satellite protective cover (pairing) and separation of the first stage rocket. Aviation Satellite Unit 1 will gradually move into geostationary orbit 36,000 km above the Korean Peninsula over the next 12 days.

The first aviation satellite launched on this day is a Malaysian Miasat communication and broadcasting satellite manufactured by Airbus, which KTsat has leased for 15 years. Here, a repeater that relays the SBAS signal, which compensates for the GPS position information signal error, is loaded.

Korea’s 7th developed Aviation Satellite Service (KASS) was created to dramatically reduce the current GPS error range. Signals from GPS satellites in geostationary orbit are refracted as they pass through the ionosphere of the atmosphere and an error occurs, and the degree of error reaches 15m horizontally and 33m vertically. This is why a taxi that receives a call from a city center with a series of narrow alleyways enters an adjacent alley by mistake or incorrect location information is displayed on Teheran-ro, Gangnam, Seoul, where the GPS signal is blocked by a forest of buildings with high GPS signals.

KASS is the principle of receiving GPS signals, correcting errors in the ground reference station and central processing station, and sending precise location information back to the aviation satellite to transmit GPS signals to users nationwide. Because it floats over the Korean Peninsula 24 hours a day, anyone, anywhere in the country, can use the signal for free.

The Ministry of Land, Infrastructure and Transport explained, “We will provide more precise and reliable location information to the future mobility location-based service industry such as navigation, drones, autonomous driving, and urban air traffic (UAM).”

The government has been carrying out this project by investing KRW 128 billion since 2014 to provide precise location information to aircraft to increase air traffic and promote aviation safety. It has established ground infrastructure including 7 reference stations, 2 satellite communication stations, and 2 integrated operating stations across the country. In addition to the first launched aerospace satellite, the company is also promoting the securing of the second aeronautical satellite.

ICAO has established a plan to standardize SBAS as a satellite navigation system for aviation and to expand it worldwide to reduce aircraft safety issues, delays, and carbon emissions caused by GPS errors. The United States, Europe, Japan, Russia, China, and India have already recognized the importance of the national location information industry and are providing precise location information that corrects GPS location information.

On the same day, Minister of Land, Infrastructure and Transport Won Hee-ryong visited the satellite control room of the Korea Aerospace Research Institute in Daejeon to directly observe the live broadcast of Air Satellite No. At this meeting, the researchers said, “Although we have accumulated a lot of know-how in the KASS development process, localization of core technologies is urgently needed due to the high dependence on foreign technologies for key parts of satellite payloads such as radio amplifiers and oscillators. ) and other aviation satellites 3, 4, and 5 will be developed,” he said.

It is reported that officials from the airline industry and KT Sat, as well as officials from Hanwha Systems, which is promoting the urban air mobility (UAM) business, and Tmap Mobility, which provides navigation map services, attended the event, expressing their expectations for the future location information market.