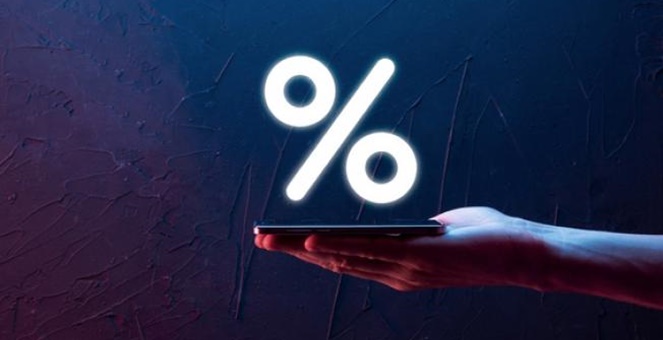 EIC Siam Commercial Bank Reports that the US Federal Reserve (Fed) raised the policy rate by 75 bps to 1.5-1.75% at its meeting on June 15, 2022, which is the largest rate hike since 1994 due to Consumer inflation (CPI inflation) in May continued to accelerate at 8.6% and there is no sign of a slowdown. In addition, long-term household inflation forecasts made by the University of Michigan rose to 3.3 percent in June from 3% in February-May. This worries the Fed it will not be able to control inflation expectations and will further escalate the problem. while the labor market continues to recover The unemployment rate has dropped to the same level as before the COVID-19 outbreak.

The Fed’s media dot plot also indicates another 1.75% interest rate hike this year, with the US policy rate expected to rise. It will rise to 3.4% at the end of this year and 3.8% at the end of next year, before falling to 3.4% in 2024. However, during a press conference after the meeting, the Fed chairman communicated that The 75 bps rate hike this round is considered a larger-than-usual increase. Consequently, the market has lowered its view on the next interest rate hike to below 100 bps. As for the Fed’s view of the recession, the estimates reflect that the Fed does not think that the US will enter a recession (recession) this year and next But I think that the policy rate hike this time will make the US economy Soft landing The Fed admits that the likelihood of a soft landing slowdown is less and more difficult. Because there are factors that the Fed cannot control, such as the Russian-Ukrainian war. shutdown of china including oil and food prices that are beyond the Fed’s control.

after the meeting The dollar index weakened after much appreciated in the pre-meeting session. US Treasury yields fell and US stock markets This was downgraded due to concerns over the recession while the baht weakened. After the meeting, the Fed raised interest rates at the expected rate. The US stock market, both the Nasdaq and S&P500, were up 2.5% and 1.5% at the end of the trading day. However, the market’s further recession concerns escalated, causing the Nasdaq, S&P500 and Dow Jones stock markets to drop roughly. 4.5%, 2% and 2% from the day before the meeting (latest information as of June 20, 2022) in the US dollar down 1% from the day before the meeting. The yield on two-year and 10-year US Treasury bonds dropped by 25 bps, while the baht depreciated by 0.8% to 35.3 baht per US dollar. and the 10-year Thai government bond yield slightly dropped from 3.0% to 2.93%.

The EIC expects the Fed to raise interest rates another 75 bps in July to slow the heat of recovery in demand. and causing inflation and inflation expectations to be lowered closer to the inflation target The factors that will cause the Fed to continue to raise the policy interest rate at a high rate are:

• Inflation pressure to remain high, with the EIC expecting that in June Inflation is likely to remain at a high level similar to that of May. In the past, the Fed still needed to raise interest rates at a high rate. Looking back on the hiking cycle in 2004 and 2015, inflation was around 3% and 0.5%, respectively, when the Fed raised interest rates by 25 bps. It is currently as high as 8.6%, much higher than the Fed’s target of 2%.
Consequently, it is necessary to raise interest rates at a much higher rate than in the past. In addition, consumer expectations of inflation for the next five years of up to 3.3% and one-year inflation forecasts of 5.4% also reflect the angle. Consumers still believe that the current Fed rate hike is not enough to bring inflation to the target range. Unlike past hiking cycles where inflation forecasts were below 3%.

• The labor market is very tight. The US unemployment rate in May 2022 was 3.6%, the same level as before COVID-19 (Dec. 2020), and is still below the unemployment rate that does not accelerate inflation. The 4.5% Non-Accelerating Inflation Rate of Unemployment (NAIRU) reflects a very tight US labor market. The current unemployment rate is lower than in previous hiking cycles at 5-5.6. % In addition, the rate of job openings is also high. pressure to continuously increase wage rates The more pressure the inflation rate tends to rise faster compared to the past without the pressure factor factor. Therefore, US monetary policy It is currently considered very accommodative compared to the recovering labor market.

• The recovery of the US economy. in a strong state Consumption and manufacturing are currently growing at a higher rate than in the previous hiking cycle, with private consumption (68% of US GDP) growing at more than 10% in the past. Even slowing down in the latest month (May) due to tighter financial conditions. Similarly, new orders that reflect future demand grew at a high level of 14% in April, indicating that the economy is stronger than in the past hiking cycle and will be able to support the ongoing monetary policy. Tighten up faster.

As a result, the EIC sees that the Fed will still need to raise interest rates substantially in the third quarter of this year, expecting a rate hike of 75 and 50 bps in July and September. During the fourth quarter, when inflation is likely to slow down, the Fed will raise interest rates only 25 bps per round in November and December, bringing the Fed funds rate to 3.25-3.5% at the end of the year. 2022 is close to the Fed’s year-end policy rate forecast.

US monetary policy more stringent This will result in a tighter global financial situation through three channels, namely, higher financial costs. Capital flows tend to flow out of developing economies. and returns on global risk-weighted assets have declined, namely

• Finance costs increased in line with rising interest rates and government bond yields. The cost of borrowing for businesses, consumers, as well as mortgage rates in the real estate market have an upward trend causing demand and economic activity to slow down

• Global risk-weighted assets have declined. from liquidity in the global financial system that will decline This will affect the wealth effect of both the business and household sectors.

However, the tight monetary policy of the main economy especially the United States have different tendency to affect the economic recovery in developing economies It was found that Latin American economies are most at risk. This is because both foreign stability and price are weak. In Thailand, stability was weakened by current account deficits and accelerating inflation. but is expected to improve at the end of this year following the recovery of the tourism sector

The factors supporting the increase in the yield of 10-year Thai government bonds are:

1. The Fed’s accelerating interest rate hikes and balance sheet reductions have driven US Treasury yields.
It is likely to rise further, with the EIC expecting the US 10-year yield to increase slightly this year. Although the interest rate hike has already been largely reflected in price

2. The direction of yields in the world money market and Thailand tends to increase following the interest rate hikes of various central banks, especially in the US. The change in the 10-year Thai government bond yield was 80% in line with the change in the US yield.

3. The recovery trend of the Thai economy in the second half of the year It is expected to improve from the recovery of domestic demand. and the increasing number of foreign tourists

Fed rate hikes will push the US dollar higher. This will push the baht to weaken in the short term in line with other developing economies’ currencies. However, the baht is expected to appreciate at the end of the year. following the recovery of the Thai economy which tends to stimulate capital inflows and the current account balance to return to a surplus in the short term The baht may still face depreciation pressure like other regional currencies. It is expected that the baht will be in the range of 34.5-35.5 baht per US dollar due to

1. The Fed’s accelerating tightening of monetary policy has resulted in the rate differential between the US and other countries continuing to rise.
2. Worries about the economic recession and tensions from the Russian-Ukrainian war As a result, investors are able to take risks and hold more secure assets.
3. Thailand’s current account still has a high deficit in the first half of 2022 due to high energy prices. As a result, the value of imports has increased. In addition, rising inflation while the Thai economy has not recovered much is another factor that depresses the baht.

However, the baht at the end of the year tends to appreciate in the range of 33.5-34.5 per US dollar from

1. The Thai economy in the second half of the year tends to improve. This will stimulate Portfolio flow from foreign investors.
2. The current account is likely to return to a surplus. from the increase in the number of foreign tourists together with the price of oil and freight rates that tend to decrease

In summary, the Fed’s rate hike this round was in line with most market expectations, and the Fed is likely to continue to raise its policy rate. In the third quarter of this year, there is a high chance that interest rates will be raised again by 75 and 50 bps each. It tends to slow down a lot since this year. and the likelihood of an economic soft landing is less, in line with the view from some market participants who are concerned that a further recession may occur in the future. Furthermore, the tightening of monetary policy has resulted in global financial conditions Including Thailand will be tightened by 1) interest rates and government bond yields will increase. resulting in higher financial costs. 2) Capital flows will be more volatile and tend to flow from developing economies to the main ones. This will result in a stronger US dollar and 3) a decrease in liquidity in the global financial system. affecting risky assets around the world The impact on the Thai financial market Long-term Thai government bond yields tend to increase slightly. According to the rate of return in the world money market that tends to rise especially US government bond yields Meanwhile, the baht will face short-term depreciation pressure from the Fed’s interest rate hike and war risks. It is expected to be in the range of 34.5-35.5 baht per US dollar. However, the baht tends to appreciate in the range of 33.5-34.5 baht per US dollar at the end of the year due to the recovery of the Thai economy and the current account balance that is expected to return to a surplus.

Big Tu-Pom sent a vote on the 500-dividing party list formula. Khamnoon pointed out that the senator’s voice was broken.
Posted onJuly 6, 2022July 6, 2022