The play was co-produced by China Central Radio and Television, Dalian Huage Times Media Co., Ltd., Perfect World (Beijing) Interactive Entertainment Co., Ltd., Shanghai Ruyi Film and Television Production Co., Ltd., Ningbo Huage Times Film and Television Culture Co., Ltd., written by Hao Yan , Directed by the famous director Mao Weining, starring by Liya Tong, and starring many new-generation and powerful actors such as Chen Hao, Liu Wei, Ding Jiali, Gao Lu, Li Bo, Li Sibo and many other new-generation and powerful actors. Since the launch of the strong-end theater, it has led all TV channels in the same period in viewing, and the popularity of Kuyun hit the highest peak of this year’s CCTV premiere drama. The play tells the story of Dalian as a “special liberated area” from 1945 to 1949. Many characters, mainly Gao Daxia, participated in the revolution and witnessed the founding of New China in the treacherous era. It shows the unwavering commitment of Chinese Communists. The brilliant image of revolutionary faith and perseverance and bravery. “Xia Guang” created a new style of spy war drama with a different light comedy style, which aroused the audience’s pursuit and heated discussion. The drama is about to usher in its finale tomorrow night. 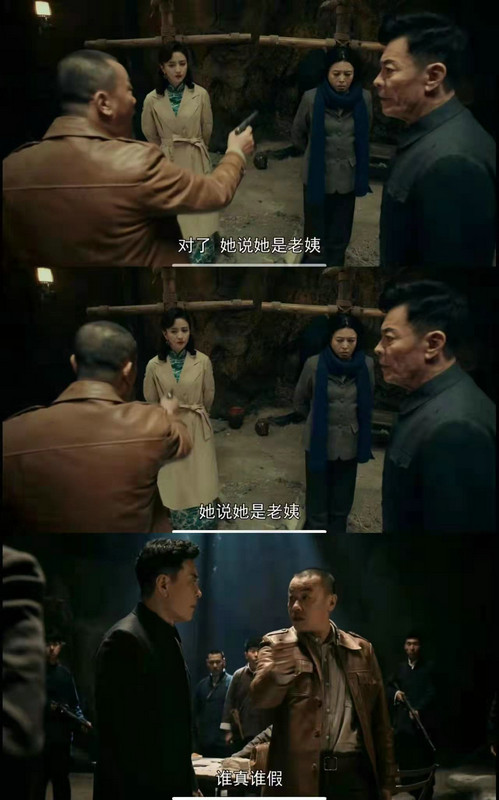 “True and False Auntie” meets on a narrow road

In tonight’s plot, the three major battles have been victorious one after another. Members of the Dalian party organization cheered on the radio, and Gao Daxia was transferred to the Public Security Bureau. At the headquarters dance arranged by Andre, Ma Susu showed his spy’s feet in the process of frequently fighting with Gao Daxia. Fu Jiazhuang and Gao Daxia interrogated Ma Susu’s real body, but Ma Susu refused to explain. In the finale of tomorrow night, the salute used in the “Founding Ceremony” has been transported to the Soviet naval base at Lushunkou, and will be sent to Beijing after installation. Deputy Political Commissar Li returned from the central government and issued an order to execute the “mission No. 1” to ensure the safety of the train carrying the salute. At the same time, the real body of “Auntie” will also be revealed. Gao Daxia pretends to be an “old aunt” to perform the task, but she encounters the real “old aunt” Masusu. A scene of the “true and false old aunt” meeting on a narrow road is about to be staged. Can Gao Daxia “deceive” the “tiger head” At the very moment, it was the “old uncle” Fang Ruoyu who played a vital role, and he was about to make a decision of faith at the last moment.

In addition to the final fate of the main characters, the grand finale will also reproduce the majestic “founding ceremony”. Salutes exploded, fireworks filled the sky, and the national anthem, the five-star red flag was rising, Gao Daxia and Fu Jiazhuang, wearing big red flowers, were on the scene of the founding ceremony; while Fang Ruoyu was in prison, listening to Chairman Mao on the radio. Voice: “The People’s Republic of China has been established, the Chinese people have stood up since then, long live the people…” This historic moment that excites thousands of Chinese daughters will also be magnificently presented in the finale of tomorrow night.

The Dalian-born screenwriter Hao Yan has been intensively working on the subject of his hometown and actively exploring. He tells the history and culture of a region in the form of “spy warfare”. This time the protagonist Gao Daxia has a very special historical background. A member of the anti-Japanese arson group. As an anti-Japanese organization led by the Communist Party, the Anti-Japanese Arson Group is mainly composed of Dalian workers and anti-Japanese enthusiastic youths. From 1935 to 1940, a large number of military facilities and supplies of the Japanese invaders were destroyed. Gao Daxia, as one of them, has the “speciality” of her combat experience and combat characteristics as a member of this organization, which has led to a series of drama plots that can not help but be understandable.

At first glance, “Xiaguang” does not seem to be very different from previous revolutionary historical dramas, but its anti-routine comedy structure and humorous and humorous narrative style make it unique in the cookie-cutter spy war drama market. Portraying ordinary and vivid stories on ordinary little people, the shell of comedy, the core of drama, the bit of ordinary life and the meticulous emotional depiction, presents a strong sense of life and substitution. Gao Daxia will make a good dish with great Dalian characteristics, sea hemp steamed buns, which not only realizes the natural implantation of Dalian cuisine in-depth integration with the plot, but also the audience in Dalian will be very cordial, and the audience in other regions will be coveted. Try to appetite and clock in.

In addition to gourmet food, the narrative background of the play is also magnificent. It connects the major historical events that occurred in Dalian during the War of Liberation from 1945 to 1949. The “moving movement” that eradicated Kuomintang spies and the Dalian Jianxin Company (the predecessor of the 523 Factory) were used as liberation. For the first time, real historical events such as the manufacture and delivery of arms during the war and the printing of the “Communist Manifesto” were put on the screen for the first time. In this context, the path of character growth is tortuous, the plot is turbulent, and the personal destiny is trapped in the current of the times, highlighting the revolutionary heroism and the spirit of dedication to the revolutionary cause. Putting this piece of Dalian’s history on the screen not only allows Dalian people to understand the heroic past of their city, but also allows the national audience to have a more comprehensive and broader understanding of the city. It is the first time to understand “Dalian Special” from the TV screen. “Liberated Area” this unique historical period. 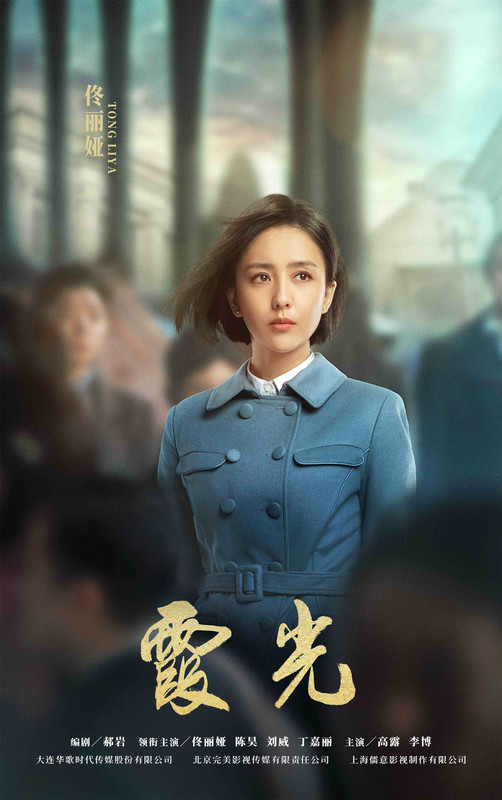 In the ups and downs of “Xia Guang”, the image of “Gao Daxia”, a flesh-and-blood revolutionary woman, was developed in the ups and downs. Tong Liya’s Gao Daxia is a revolutionary woman with a “boom and cute” background, deducing complex and true personality traits. In her body, there are not only the flamboyant, simple and cute, reckless and violent women in Dalian, but also the stubborn, calm and courageous beliefs of revolutionaries. These dramatic contrasts and contrasts are portrayed in place by the creative team and actors. The delicate and true performance portrayal does not produce a sense of abruptness, but shines with the brilliance of human nature from time to time. The character image of Gao Daxia is both grounded and idol-like. It has both wisdom and intelligence, and is also cute and interesting from time to time. From this perspective, Gao Daxia is a supplementary description of the characteristics of the Northeast female image in the past film and television dramas, showing the creator’s deeper thinking, excavation and interpretation of the modern diversified city spirit of Dalian.

The civilian heroine portrayed in “Xiaguang” is ordinary and simple, but kind but imperfect, just like the sister next door living next to us, the aunt next door. “I hope to use such a story and such a screen image to interpret a special revolutionary history, so that the audience can experience the profound and profound life in tracing history, and recall the Communists’ spirit of forging ahead in arduous struggles.” The screenwriter Hao Yan uses these ordinary and special little people’s glimmer of life to shine into an unknown modern history of China. Tomorrow night at 19:30 to lock in the CCTV’s eight golden strong theaters, “Xia Guang” will soon usher in the end of the whole play, and take you to experience this unique “special liberated area” time journey.

‘TAT’ expects Thai people to reserve 2 million rights, ‘We travel together, phase 3’, all sold out in December.

Kim Jung-geun is also not vaccinated… ‘Controversy about...

Pei decided to separate herself from the gang....

Kim Seung-soo “I was misunderstood because of my...