Top Posts
Upcoming World without Cristiano? | italy | cristiano...
I already know who Mysterious girl is rumored...
When the base rate rises, the deposit rate...
Being insulted in bed with a new boyfriend...
“Omicron, stronger than Delta, may not be able...
People who are active even in old age...
LIVE UPDATE La Liga: Real Madrid
Beyond an actor, as a director and producer…...
Kyongnam Bank raises deposit rate
Night party, followed by ‘after party’; Saiju Rasalahari...
Home World EU, concrete barrier to influx of refugees… Realism is getting more and more dominant
World

EU, concrete barrier to influx of refugees… Realism is getting more and more dominant

The European Union (EU) is raising barriers to the influx of refugees.

The wall the EU is trying to build towards refugees is not an emotional barrier, but a real concrete barrier.

Since 2015-2016, refugees from the Middle East and North Africa entered the EU on a large scale, the desperate entry of refugees continues across the borders of EU member states.

In recent years, EU member states have turned their attention to barriers as Belarus has been plagued with ‘refugee attacks’ that bring migrants and refugees from the Middle East to the borders of Poland, Lithuania and Latvia.

Poland and other countries have deployed military and police in the Belarusian border area and strictly control the entry of refugees. At the same time, they are pushing for the installation of a wall in the border area, asking the EU to help with the installation cost. 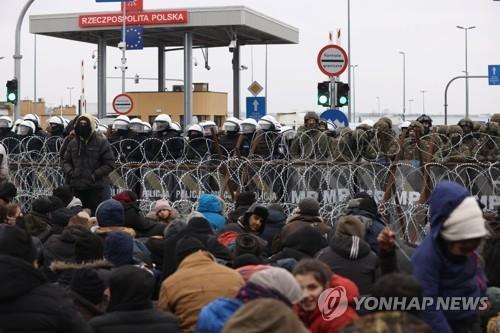 In 2015, Hungary, which had the strongest deterrence of refugee inflows at the time, was the only country with Serbia and Croatia to build a wall on the border and demanded a fee.

But now, not only Eastern Europe, where the far-right government has entered, but also Denmark, under the Social Democratic Party, are demanding support for the wall installation.

Lithuania plans to install a barrier on the 502km section of the Belarusian border, which is 678km long. Lithuania has charged the EU 152 million euros (about 24 billion won) for the installation of the wall.

Lithuanian Foreign Minister Gabrielius Lanzbergis insisted, “As refugees are destined for other EU member states, such as Germany, the Netherlands and Belgium, the barrier on the Lithuanian border protects the entire EU. Therefore, the EU has to bear the cost.” .

Greece, which serves as a gateway to EU countries, favors the spread of refugees among EU member states, but is also pushing for the installation of barriers. Hungary strongly opposes the dispersal of refugees.

Installing a wall on the EU border is criticized for not being in line with the EU’s unification spirit, which pursues free passage, and reminiscent of the slogan of ‘fortification of Europe’ of the Nazi regime in Germany in the past. 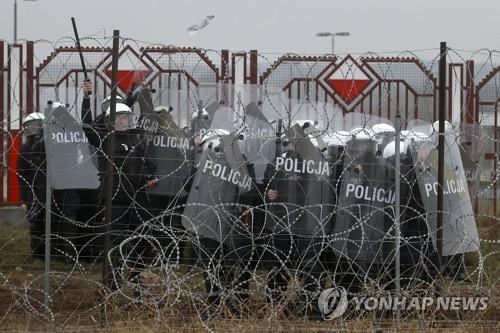 However, as the EU’s humanitarian response to the influx of refugees has reached its limits, the reluctance to install the wall is gradually weakening.

EPP Chairman Manfred Weber said: “We need to be able to support the cost of installing barriers in exceptional circumstances.”

Initially, the EU refused to provide funding, arguing that building a barrier to the inflow of refugees was inefficient, but is discussing financial support to Poland and other countries as a drastic measure to prevent the situation from getting worse.

“It is possible to finance the physical infrastructure to protect the EU borders with EU funds,” said Charles Michel, President of the European Union, during a meeting with Polish Prime Minister Mateusi Moraviecki in Warsaw, the capital of Poland on the 10th.

The European Commission will support the installation of border control equipment such as surveillance cameras in EU border areas.

Some EU diplomats have pointed out that the installation of border barriers could lead to the deportation of asylum seekers who are in danger of life, a prohibition under international law.

Filippo Grandi, the head of the United Nations High Commissioner for Refugees (UNHCR), said in a speech to the European Parliament on the 10th that EU leaders urged them not to engage in a ‘fight for low-level solutions’ to the migrant problem. ‘ he pleaded.

“There is no justification for ‘reflexive reactions’ such as irresponsible xenophobia, installation of barriers and barbed wire, indiscriminate beatings, and violent repatriation in this situation.” “It is not right to evade the obligation to accept asylum by leaving these people to die by drowning in rivers or seas,” he said. 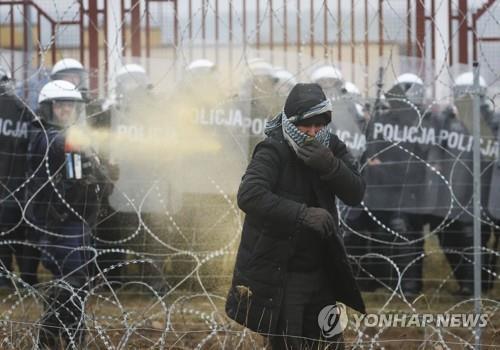 The EU Commission is promoting measures to improve the asylum system in a way that effectively controls the inflow of refugees and reduces the burden on the refugee destination country.

This plan aims to establish a ‘fair mechanism’ for distributing asylum seekers to each country, and to distribute and accommodate EU member states according to their capacity, regardless of their initial destination.

The ‘Dublin Treaty’ on the right to asylum for refugees allows refugees to enter Europe to apply for asylum in the country where they first set foot. As a result, EU border refugee destination countries such as Greece and Italy had to bear a heavy burden.

In the long term, the EU is pursuing a plan to integrate compulsory quota for refugee control and refugee dispersal into the EU body. To this end, all authority, such as asylum examination and disposition, will be transferred to the EU Asylum Assistance Office (EASO).

The 155 km long Berlin Wall fell in 1989. Since then, however, European countries have built a wall of about 1,000 km, which is more than six times the size of the Berlin Wall.

An expert at a European think tank pointed out that, in order to solve the refugee problem at the EU border, EU laws and regulations that apply to refugees at the border should be overhauled. did.

In the UAE, extramarital affairs are no longer...

Family and visitor visas to Kuwait have...