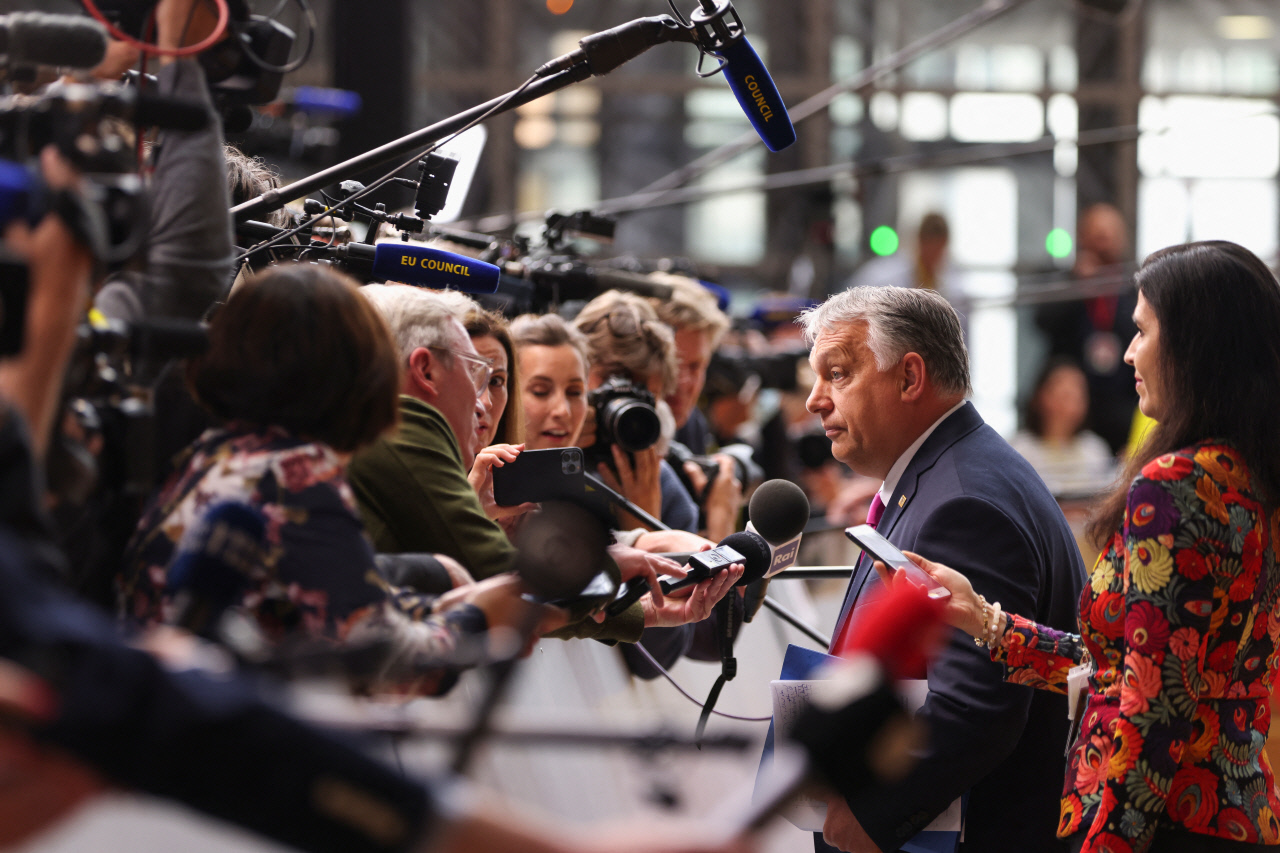 The European Union (EU) has reached an agreement on the 30th (local time) to cut its crude oil imports from Russia by 90% by the end of the year. Although the complete embargo failed due to opposition from some member countries that are highly dependent on Russian oil, the EU leaders came together and agreed to cut off maritime imports. The EU’s move is expected to have a real impact on Russia’s ability to sustain war. However, the expected future increase in energy prices and uncertainty in the livelihood economy became the remaining tasks.

AFP news agency reported that the leaders of 27 EU member states held a meeting in Brussels, Belgium on the same day and reached an agreement on a plan to partially suspend imports of Russian crude oil. “(This embargo) will put restrictions on Russia’s huge money flow for weapons,” Charles Michel, the standing chair of the EU summit, told social networking services.

The EU measures include a ban on imports of Russian crude oil via sea tankers for the next six months. The regulated volume corresponds to about two-thirds of the existing import volume. Considering that Germany and Poland plan to phase out oil imports through pipelines, the EU could cut Russian crude imports by 90% by the end of this year, the EU explained.

The measure is part of the EU’s sixth package of sanctions against Russia for its invasion of Ukraine. In addition to the crude oil embargo, the EU leaders also agreed to exclude Russia’s largest bank, Sberbank, from the International Interbank Communications Association (Swift) and to block reception of three Russian state-owned broadcasters.

The EU’s embargo agreement suffered until just before the summit as Hungary, Slovakia, and the Czech Republic, which are highly dependent on Russian oil, opposed the agreement. In order to reach an agreement, the EU has come up with a compromise that excludes the import of crude oil through the ‘Druzeva’ pipeline that leads to these countries from sanctions. Italy, the Netherlands and Belgium then opposed making exceptions only to these countries. However, it is analyzed that the EU agreement was delayed and there were concerns that “unity could be broken”, and it is analyzed that the compromise was eventually accepted.

The West expects that if the EU sanctions are implemented as planned, they will have a real blow to Russia. Earlier, the US also banned Russian crude oil, but in the first place, imports were not large, so it had only a symbolic effect. But the EU is different. Europe is Russia’s number one customer, accounting for nearly half of crude oil exports. According to Bloomberg News, the sanctions could cause Russia to lose up to $10 billion a year.

Read Also  12.2 billion lightning bolts because of the man who pushed him away... lucky she

However, the expected future volatility of the energy market has become a task left to the EU. Oil prices have already risen significantly since Russia’s invasion of Ukraine, and the energy industry is predicting that the sanctions will likely further increase. This is expected to put a heavy burden on the EU economy, which has been shattered by global inflation (inflation). There is a possibility that questions will be raised again about the measure, which allowed only countries such as Hungary to import Russian crude oil at a low price.

Europe is planning to find an alternative to Russian crude oil, but the industry predicts that this will not be simple either. This is because the Petroleum Exporting Countries Council (OPEC) and OPEC+ are cautious about increasing production in consideration of the political and economic environment. There was also an expectation that the US could increase oil production through additional drilling, but this is also not a problem that can be achieved in a short time and cannot be an immediate alternative.

The EU is said to be considering additional sanctions on Russian natural gas in the future. Russia has previously shown an attempt to weaponize it, taking advantage of some EU member states’ dependence on Russian gas. It could be a stronger response if the EU cuts off Russian gas.

‘Space junk’ that collided with the moon is evidence that it is the wreckage of a Chinese rocket
Posted onJune 27, 2022June 27, 2022

The Bangkok governor took lessons from the fire in the middle of the city. Pointing the fire source from the transformer-communication line
Posted onJune 27, 2022June 27, 2022